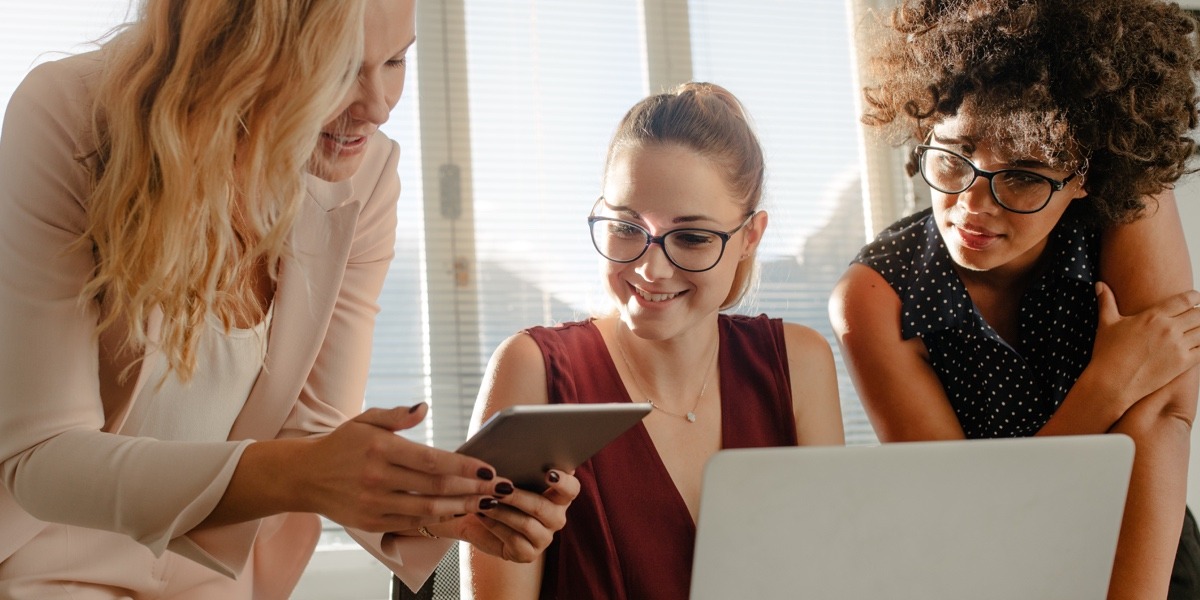 In many fields, women have become a valuable part of the workforce, yet tech has lagged behind. As of 2018, women in America held just 25 percent of computer science jobs and only 11 percent of Silicon Valley executive positions. In addition, tech startups founded by women have more difficulty getting funding than those founded by men, even though women-led businesses often outperform those led by men. While it may be uncomfortable to acknowledge it, these troubling statistics are the result of gender discrimination that often starts even before women start training for tech careers—and continues once they’ve taken a job.

This is no doubt discouraging to women in tech, but the reality is that it should be something everyone in tech is concerned about. Studies show that hiring women is good for business. Not only do companies with women in leadership perform significantly better than those without, but diversity and inclusion results in better business decisions.

In order for tech companies to overcome gender inequality, they’ll have to evolve from the inside. As Cornerstone OnDemand Chief Technology Officer Mark Goldin notes, “gender diversity is not women’s problem to solve.” This is an issue that everyone in the industry should help change—and one way to bring more women into tech, regardless of your role, gender, or seniority, is to do the work of being a good ally.

There are many ways to be an ally to women in tech. Here are seven simple but valuable actions you can take:

Let’s dive into each of these with some more detail—and resources to help you get started and/or further your efforts. 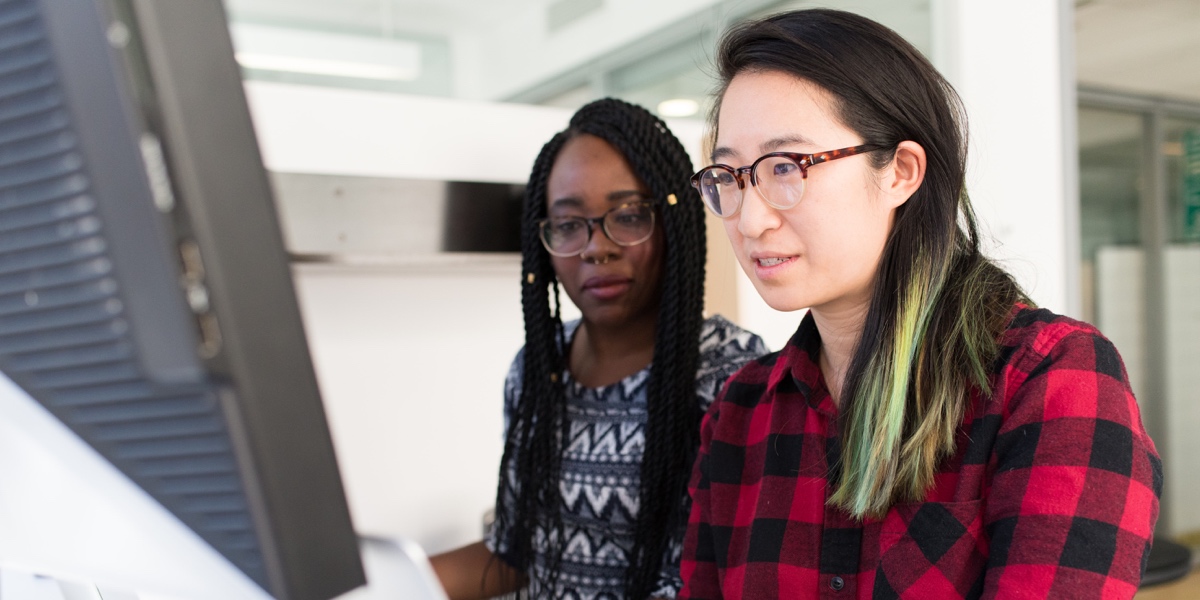 Image by Christina @wocintechchat.com on Unsplash

One of the most fundamental ways to be an ally is to educate yourself about gender discrimination in the workplace and share what you learn with others. As the statistics in the introduction of this article show, there’s more than enough evidence that gender discrimination is a problem in tech, and these facts can alert others to the issue, especially if this is backed up by your personal explanation of why combating gender inequality at work is important to you. This raises awareness and makes bringing up gender issues feel less risky.

This strategy can be even more potent when it comes from someone in a leadership position. Leaders set a company’s culture, so when they speak up for women and against gender bias, it can fundamentally shift workplace dynamics.

Building diverse teams means hiring women from all different backgrounds,  and also creating a workplace where they can thrive. It’s not just about checking a box or bringing a “token” woman on board; all hiring should be carried out with the same thoughtfulness and care. It’s important to find the right fit for the role while being aware of (and fighting) your own unconscious biases. There are several steps you can take to reduce bias in your hiring process—from recognizing your own unconscious biases to auditing the language you use in job ads, and creating diverse interview panels.

(Learn more about how to reduce unconscious bias in the recruitment process.)

Try to advocate for women beyond your own hiring process, too; for example, if you interview a great candidate but they’re not a good fit for your role, refer them to others in your network who might have a suitable position.

In addition, ensure that tech’s so-called “bro culture” doesn’t prevent women from getting fair consideration. Tech companies often claim to hire for “cultural fit,” but that’s just another way of keeping things homogenous. Hiring someone whose perspective is similar to every other employee’s means a company will likely stagnate as there won’t be diverse voices encouraging it to grow and innovate.

For a deeper exploration of what gender bias looks like in hiring processes (and practical ways to do better), check out How to Spot Gender Bias When You’re Hiring at Speex.

Sometimes unconscious bias is exhibited against women at work in subtle ways, but discrimination can be subtle and insidious. When co-workers give a woman only part of their attention when she’s speaking, by doing things like checking email, texting, interrupting or talking over her, they undermine the value of her voice and suggest her ideas aren’t as important as those who get their full attention. Being aware of this and really listening to women is the first step to ensuring this doesn’t happen.

Another important aspect of this, especially for people who are eager to be better allies, is taking the time to listen and learn about the issues facing many women in tech. Rather than relying on any women in your acquaintance to explain or keep you informed, there are many resources available for women in tech that you can also explore—podcasts to listen to, articles to read, social media accounts to follow, and organizations to support.

While you’ll want to be careful not to invade spaces that are carved out as safe(r) spaces exclusively for women in tech, there are many that offer resources, educational information, and donation opportunities. 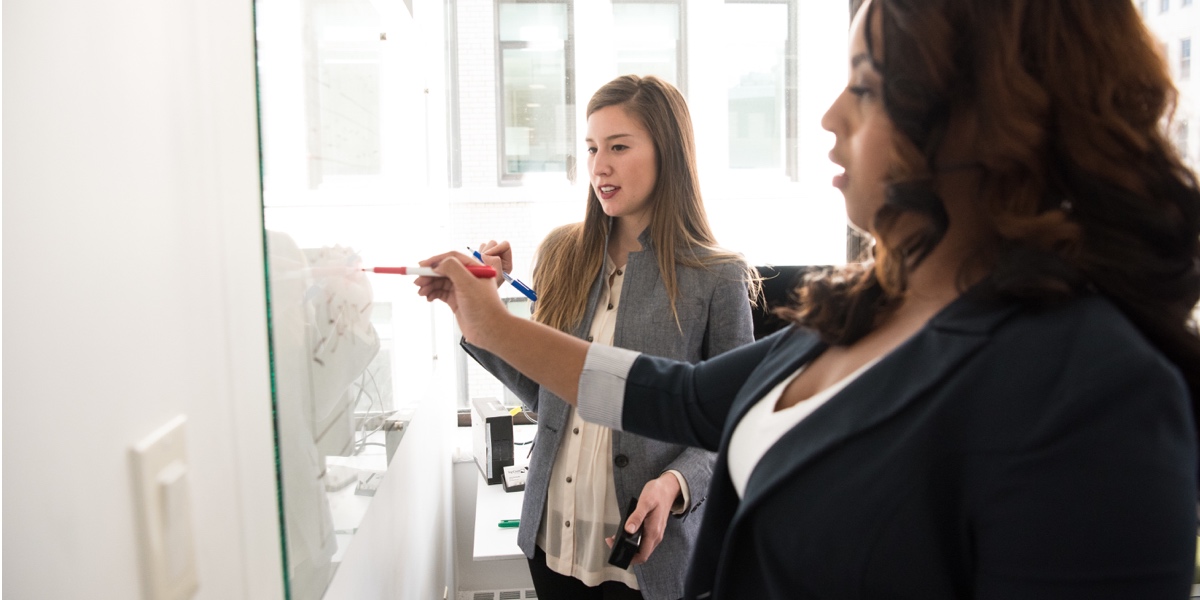 Image by Christina @ wocintechchat.com on Unsplash

Once an ally has learned to listen to women, they can also work to amplify women’s voices. If someone cuts off or talks over a woman while she’s speaking, an ally can step in to hand the baton back to her, making sure she has the opportunity to continue sharing her thoughts. Moreover, since men tend to talk more at meetings, it can be valuable to ask a woman what she thinks about what’s being discussed. Plus, by reiterating and giving a woman credit for her ideas, it signals the value of that woman’s voice and ensures that her contributions will be remembered.

LinkedIn Learning has an excellent course that will give you a practical introduction to how you can work to amplify women’s voices at work.

Even if your company doesn’t have a formal mentorship program, you can always be a mentor to a woman in tech. A willing mentor can be helpful at any stage of one’s career, but is especially valuable to those in junior positions. If you want to take on this role for a woman in your industry or organization who’s in the early stages of her career, ask her what would help her most and then be constructive and detailed in your advice or feedback, which can be delivered during scheduled meetings or calls.

It’s important to note that if you’re not a woman in tech, this particular mode of allyship is best saved for after you’ve done the work of listening to and amplifying the voices of women in tech—and to pair it with a fair amount of listening and allowing a mentee to be heard and to guide the process. One of the most important things you could do might be to make sure they’ve got resources and communities tailored specifically for women in tech.

One of the easiest ways to be an ally is to fight for fair workplace policies that treat people of all genders equally. Much has been made about the gender pay gap in the United States, where women earn only 81 cents for every dollar men earn, yet one of the easiest ways to ensure an equitable workplace is to put policies in place that pay people equally for equal work.

To go further, allies can advocate for flexible hours, the ability to work from home, onsite child-care and equal family leave. These policies acknowledge that, today, both men and women serve as caregivers and recognize that the burden falls on them equally. Not only does this promote gender equality, it also eliminates women’s fears about being penalized by their company for taking maternity leave, leaving early to pick up a child, or taking a day off to care for a sick relative. 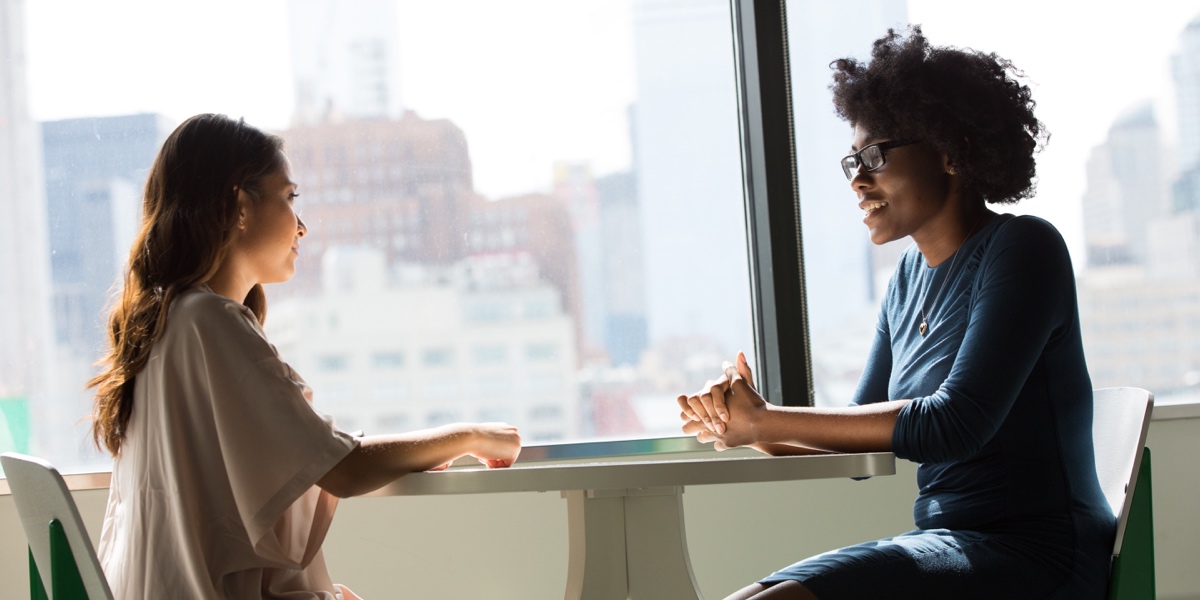 Image by Christina @ wocintechchat.com on Unsplash

As the adage goes, “If you see something, say something.” If an ally witnesses gender discrimination or harassment in the workplace, they should report it—bearing in mind that you should never take autonomy or agency away from a victim. The best strategy here: Talk to the person who was harassed or discriminated against, ask what they need and what you can do, and go from there.

Moreover, companies should create and enforce a code of conduct that establishes that gender bias of any kind isn’t welcome. In addition, there should be a clear and easy way to report instances of such behavior to ensure employees know that it is safe to speak up and that what they say will be taken seriously.

Being an ally makes a difference

More and more companies are recognizing the need for gender and other kinds of diversity but may not know exactly how to implement it. At the same time, the number of women entering the tech industry is increasing, making the need for allies greater than ever. By using some or all of these suggestions for being an ally to women in tech, you can make a huge difference in the course of a woman’s career, ensuring she is heard, valued and encouraged in ways that will enable her to thrive. And when women thrive, companies thrive along with them.

To learn more about women in tech, check out these articles: