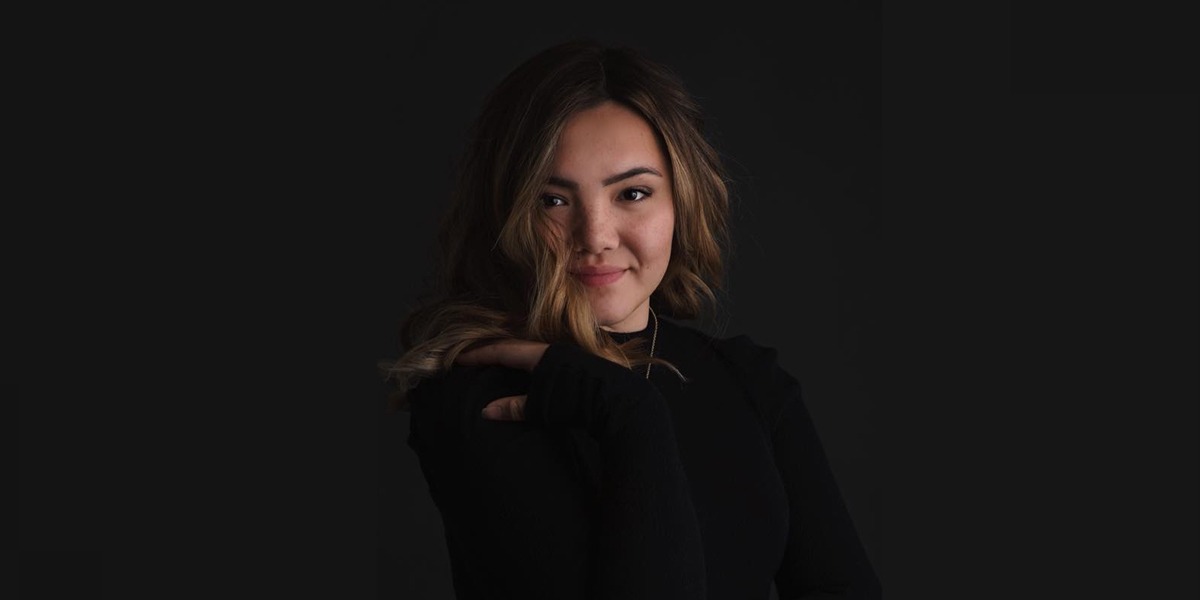 Meet Lilly Mittenthal: A super talented product designer who, in her own words, “strives to innovate for the greater good.” That’s exactly what Lilly is doing with Maro, the app she recently co-founded together with Kenzie Butera Davis. In this interview, Lilly talks about what led her to a career in design, and what distinguishes good designers from great ones. She also tells us all about Maro—a truly groundbreaking concept—and shares some words of advice for other women in tech.

Hi Lilly! Thanks for joining me. Could you tell me a little bit about yourself?

Thanks for having me! I was born and raised in the suburbs of Chicago IL (go cubbies). I am half Filipina, and half Azkenashi Jewish. As a child I was obsessed with puzzles and drawing. In high school, my love for art and problem solving only grew! I also began golfing competitively, and because of it, at the end of my senior year I was given a scholarship to play golf at Savannah College of Art and Design. It was probably one of the easiest decisions I had ever made!

That’s pretty impressive! You describe yourself as a user-centered designer who strives to innovate for the greater good. What does that mean to you?

It’s basically just a fancy way of saying I am a product designer who focuses on designing to help others!

So how did you get into UX design? What first attracted you to the field?

Like I said before, I was always into art and puzzles / problem solving. I was in the advertising program at SCAD (The Savannah College of Art and Design) and we had to do a lot of market research to create campaigns. I loved mapping out user journeys and coming up with and designing interactive campaign ideas, but it felt to some extent manipulative. I quickly realized that I could use that same research to help people instead, which is how I became a product designer.

In your opinion, what separates good designers from great ones?

Oh that’s a great question. Hmmm…well, the easy answer is passion, intention, and a good eye. But I think the greatest designers are those who can communicate across an organization. What I mean by that is, everyone has a different way of communicating the same exact thing. And sometimes when you’re pitching a new idea, or even in a room with a developer and a product manager, it can be hard to get your point across because you’re with people who don’t think like you. Being able to change the way you communicate something or even be the translator between two people who are struggling to understand each other is so important. The designers who are not only able to design, but also lead and communicate are the ones who I think end up being great.

Absolutely! And you’re not just a great designer—you’re also an entrepreneur, right? You recently co-founded Maro together with Kenzie Butera Davis. Can you tell me a bit about that?

Yes, Kenzie is my co founder and the CEO of the company! She started the idea back in college when she was writing her thesis on the implementation of sex education in america.

Kenzie and I launched Maro because of our own personal experiences. I have lived with depression for a majority of my life, and Kenzie is a survivor of rape and sexual assault. We don’t want other kids going through what we had to go through. Both of us truly believe that preventative education has the power to incite transgenerational impact—decreasing rates of suicide, bullying, rape, sexual assault, and more!

That’s a truly admirable mission. What plans do you have for the future with regards to Maro?

The long-term vision for Maro is to support three key stakeholders in the developmental experience of a k-8 child: the parent, the educator and the clinician (physician, therapist, psychiatrist, etc.).

We also hope to become an international platform. Our team has had discussions about making our current app multilingual, but with the topics we are covering, we don’t think that using third party tools like google translate is an appropriate option. Each culture is so different in how they approach mental health, reproduction, empathy, and diversity that we would rather have expert teams from each culture lead those initiatives!

Women are still underrepresented in tech. Can you share any insights regarding your experience as a woman designer and entrepreneur?

I wouldn’t really categorize myself as a woman designer. And I would think it doesn’t feel much different than being a designer who’s a man. I guess I just have always chosen to work for companies who I know are at least trying to hire more women in tech. I think the core issue of underrepresentation now is that we don’t tell girls at a young age that tech is even an option for them.

And as for being a woman entrepreneur…Whenever my co-founder and I are in a room predominantly occupied by men, our first thought is never “Oh no look, we are the only women.” We are just two co-founders who believe in the impact that their company can have on the world. Is it harder to raise money because we are women? Sure, but we would never focus on that. We just want to build a badass product.

Well said! In your experience, what are the main barriers that women face in the tech and / or design industry in general? What needs to be done to eliminate them?

I would say the only true barrier I have faced was harassment in the workplace. And I think the only way to prevent that is to teach what consent really means at a younger age to all children, no matter what gender.

Besides that, I grew up in a household where I was never told I couldn’t do something because I was a woman. In fact, I was told I could do anything I wanted if I worked my a** off. My dad takes a lot of pride in being a girl dad, and my mom was always really strong and independent. So I think when I encounter what could be described as “barriers”, I perceive them as challenges instead. You can always problem solve your way through a challenge.

What advice would you give to any women reading this who are considering a career in design or tech in general?

Be fearless, and speak up! There are times where a hard conversation may seem scary. Or maybe your boss is doing something one way and you think that there is a better solution, but because you’re the youngest or the least experienced, you think that your opinion doesn’t matter. That’s not true! Know the value that you hold. And if something doesn’t feel right— whether that’s the way someone is treating you, or the approach your team has to building a product, speak up.

Great advice. Besides Maro, do you have any other ideas or plans for the future?

For now, I am just excited for whatever my next adventure is!

We’re extremely excited to see how Maro evolves, and what the future holds for this remarkable designer. You can read more about Maro over on Medium, and see more of Lilly’s awesome work in her design portfolio.

Feeling inspired? Want to launch your own career in tech? Read this post to figure out which tech career path is right for you, and try out a free short course in UX, UI design, web development, or data analytics.

For more inspiration, check out the following: