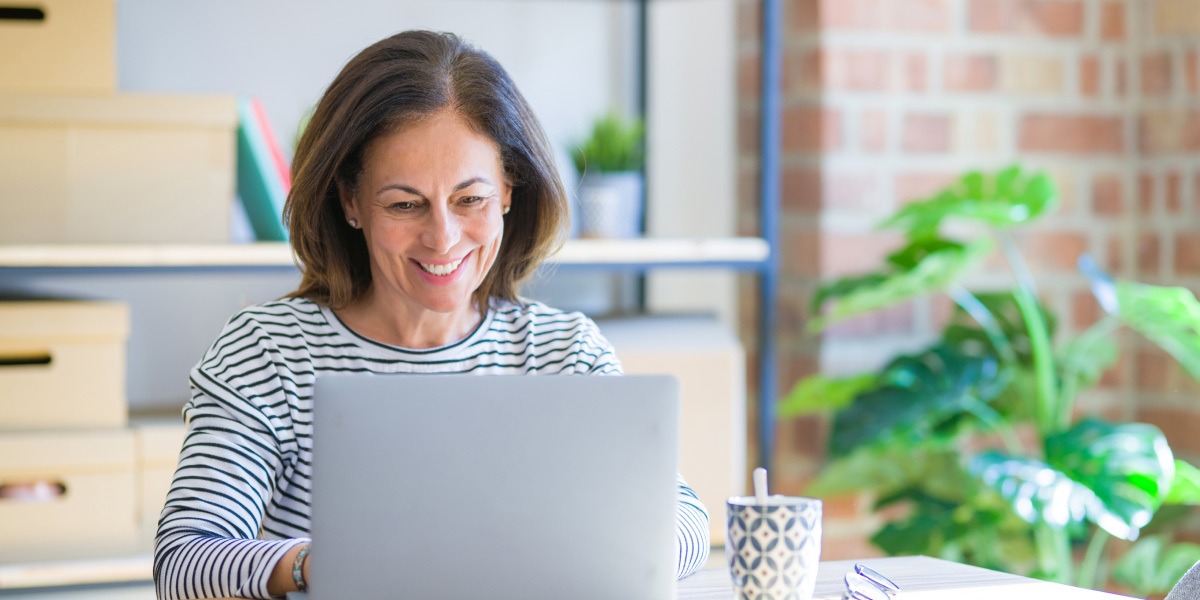 It would hardly be controversial to say that big data is at the heart of most 21st-century business activities. While the predictive power of data can be an invaluable asset, obtaining insights from big data requires a nuanced set of skills. One of these is data mining. By digging into data, data mining allows you to spot important patterns that can help inform future data analytics work and business decisions.

In this post, we’ll explore a handful of data mining tools that data analysts commonly use. First, though, we’ll set some useful context by briefly summarizing what data mining is. If you want to skip straight to the tools, just use the clickable menu.

As you’ll no doubt already have spotted, data mining is essentially a microcosm of the entire data analytics process. Indeed, there’s a high degree of crossover. The key difference is not in the tools and techniques themselves, but in what you are using them for. While data analysis involves testing hypotheses, data mining uses the same approaches to spot patterns in big data. Based on these patterns, you can then inform your subsequent hypothesis.

Now we’ve got a basic understanding of what data mining involves, let’s look at some popular data mining tools that you might come across as you break into data analytics.

2. What are the best tools for data mining? 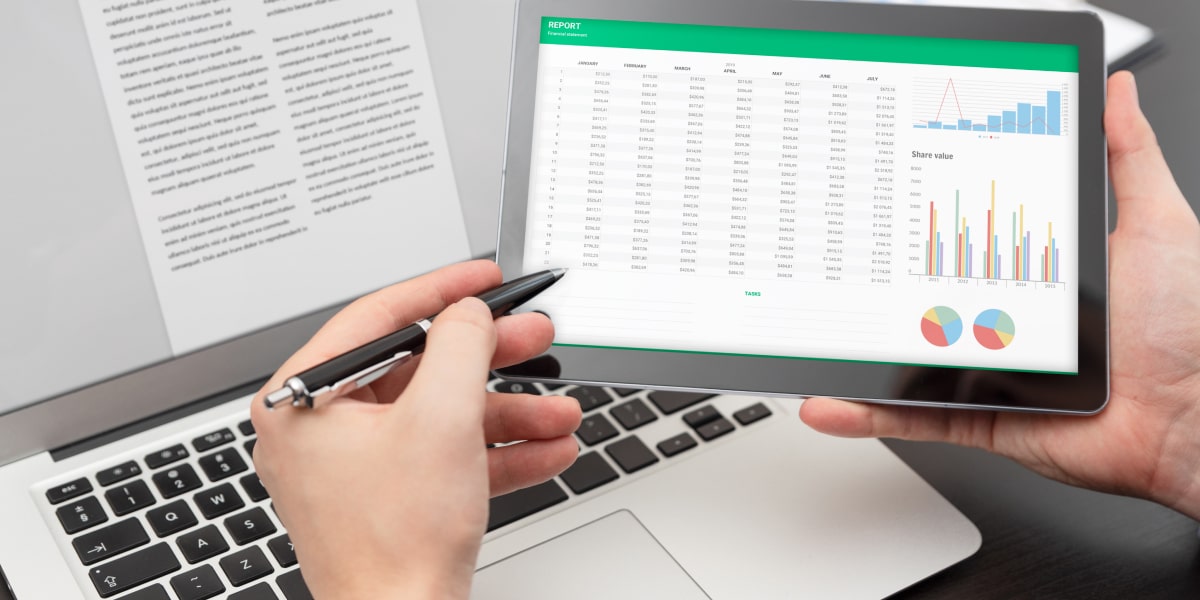 While there are proprietary tools available to assist with data mining, you’ll find the best approach is to get hands-on. Python, a prerequisite tool for any data analyst, is one of the most popular open-source programming languages in the field. It’s simple to learn and extremely versatile, with various data science applications. The benefit of using Python is that you can create scripts from scratch to automate any data mining task. Many of its thousands of packages of pre-existing code are formulated specifically to automate the data mining process. The pandas library, for instance, allows you to work with big data structures, uploading data in any format, organizing it, sorting it, and manipulating it. Meanwhile, scikit-learn is a group of Python machine learning packages used to handle many of the tasks described in our introduction. These include clustering, classification, and regression modeling. In reality, any data analytics library in Python can be used for data mining in some way or another. Other packages you might want to check out include NumPy, Matplotlib, and PyBrain.

Another open-source programming language, R is also commonly used as a data mining tool. Although more complex to use than Python, it was always designed with data science in mind and is unrivaled at carrying out complex statistical analyses. This is in contrast to Python, which is a general-purpose programming language later adopted by the data science community. R, meanwhile, has long been used for data mining both in industry and academia. It can be applied to a wide range of data mining activities, including classification, clustering, association rule mining, text mining, time series analysis, social network analysis, and more. R can also be extended using packages on CRAN (Comprehensive R Archive Network). Popular packages include dplyr (for general data wrangling and analysis), caret (for modeling complex classification and regression problems), and ggplot2 (a popular visualization package that’s ideal for digging into big data).

Incorporating Python and/or R in your data mining arsenal is a great goal in the long term. In the immediate term, however, you might want to explore some proprietary data mining tools. One of the most popular of these is the data science platform RapidMiner. RapidMiner unifies everything from data access to preparation, clustering, predictive modeling, and more. Its process-focused design and inbuilt machine learning algorithms make it an ideal data mining tool for those without extensive technical skills, but who nevertheless require the ability to carry out complicated tasks. The drag and drop interface reduces the learning curve that you’d face using Python or R, and you’ll find online courses aimed specifically at how to use the software. While, in general, a tool’s ease of use often comes at the expense of more nuanced functionality, that problem is minimized in DataMiner. As your expertise improves, you can extend the software with additional packages if required. This means the software can evolve alongside your skillset.

If you’ve been playing around with Python but haven’t quite managed to get to grips with it yet, consider Orange. An open-source toolkit, you can think of Orange as a sort of visual front-end that utilizes common data mining libraries in Python, such as NumPy and scikit-learn. The benefit of Orange is that it allows you to carry out data mining either using Python scripts or via its graphical user interface—whichever works best for your skill level and the task at hand. This makes Orange a fantastic learning resource for data mining newcomers. Even its support resources are highly visual—something that massively aids the learning process (as any champion of data viz will tell you!). By experimenting with its range of machine learning algorithms, data visualizations, and analysis tools, practitioners can learn as they go. For more advanced users, there are also add-ons, permitting you to mine data from various external sources, carry out text mining and natural language processing, conduct network analyses, association rules mining, and so on. Crucially, Orange is also responsive to large datasets. This isn’t true for all tools (although it probably should be!)

Comparable to Orange, but for R, Rattle is another open-source data mining interface that’s ideal for statistical analyses. It makes data mining with R a much easier task by providing a graphical user interface (GUI). Features include the ability to transform datasets and prime them for modeling using a variety of sophisticated R-based algorithms. You can also present statistical analyses and model performance with a choice of ten different charts and plots. And if this isn’t enough, you can link with external graphical tools to create further interactive graphical visualizations. However, one of Rattle’s stand-out features is the ability to capture all your data interactions and transformations in an R script. This can then be executed standalone. The obvious benefit of this is that you’re not tied to a specific platform. It also means you can fine-tune your code as necessary. Overall, Rattle is an excellent learning tool if you want to master your data mining skills using R.

KNIME (short for the Konstanz Information Miner) is yet another open-source data integration and data mining tool. It incorporates machine learning and data mining mechanisms and uses a modular, customizable interface. This is useful because it allows you to compile a data pipeline for the specific objectives of a given project, rather than being tied to a prescriptive process. KNIME is used for the full range of data mining activities including classification, regression, and dimension reduction (simplifying complex data while retaining the meaningful properties of the original dataset). You can also apply other machine learning algorithms such as decision tree, logistic regression, and k-means clustering. KNIME’s other helpful functionality ranges from data cleaning to analysis and reporting, meaning it is far more than simply a data mining tool. Finally, it also integrates with Python and R (as well as other coded packages) if you wish to extend its functionality. All this has secured KNIME’s reputation as a widely used business intelligence tool. It’s common across industries including pharma, finance, and social media, but is also well-suited to small businesses.

Last but not least, with SAS software dominating much of the business world, we couldn’t finish our list without including one of their tools. SAS Enterprise Miner is a scalable platform, used by businesses large and small. Its data mining features include the ability to carry out vital data prep and exploratory analyses, all while producing granular reports or summaries of your findings. It has a vast selection of mining features (ranging from data sampling to partitioning) and also has a powerful selection of predictive data models. On the downside, its graphical user interface is functional but a little outdated, which might seem a bit below par for an enterprise tool. It’s not always ideal for more complex machine learning tasks, either, as it can slow down quite a lot. Mitigating this, though, SAS Enterprise Miner has benefits that you might not get from open-source data mining tools, such as secure cloud integration and code scoring (which ensures your code is clean and free from potentially expensive errors).

In this post, we’ve offered a taste of some of the common data mining tools you might encounter as you set sail into the uncharted waters of big data. Although we’ve focused on the data mining features that each of these tools offers, most of them provide ample opportunity to improve your broader data analytics expertise, too.

The main thing to remember is that while data mining tools can help you to identify patterns, it’s ultimately your ability to interpret these patterns that is most valuable. While not all data mining tools are created equal, we encourage you to try as many out as you can. Trial and error is the best way to expand your skillset, finding the tools and platforms that work best for you, your interests, and the industry you work in.

For a hands-on introduction to the field of data analytics, try out this free five-day short course. And for more top tools, check out the following: