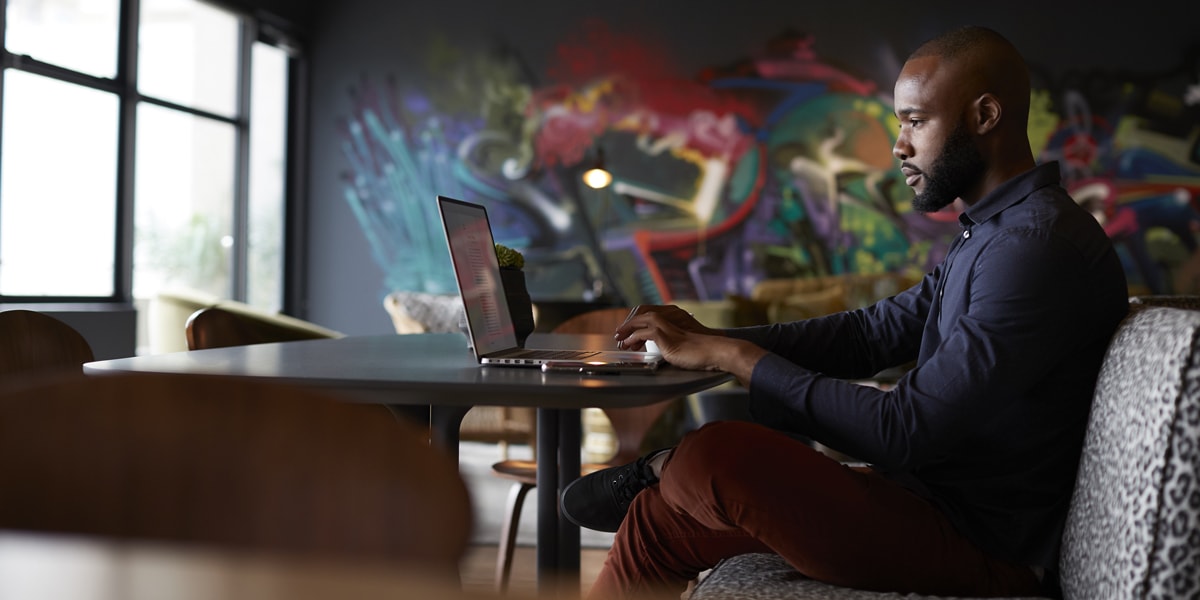 If you want to skip straight to the salary data, just use the clickable menu:

1. What is data analytics? A brief introduction

Before we explore the average data analyst salary, let’s start with a brief introduction to what data analytics actually is.

How do companies get insights into the health of their business? How do they adapt their business model based on their current sales and customer demographics? How do they avoid making mistakes or learn from the ones they’ve already made? The answer to these questions is quite simple: by analyzing their data.

Companies are increasingly becoming aware that the only way to truly succeed in the modern age is to become data-intelligent. To do this, they require the skills of a data analyst: someone who analyzes and interprets data gathered from marketing campaigns, surveys, and purchasing statistics.

The ability to interpret data skillfully—and communicate findings clearly—can make the difference between a successful company and an unsuccessful one. Data analysts therefore carry a lot of responsibility for informing company strategy, which means the average data analyst salary tends to be pretty high.

While some industries pay more than others, a data analyst can expect to earn a healthy salary in all areas of industry and at all levels of experience. Now is a fantastic time to retrain and enter the world of data analytics, given the huge amount of demand for those with the right skills.

2. Data analyst salaries based on location

As you’d expect, the average data analyst salary varies depending on location. Towards Data Science lists the United States, New Zealand, Australia, Germany, Canada, the United Kingdom, Sweden, the Netherlands, South Africa and India as the top countries (based on salary) in which to work as a data professional—a category of job titles that includes data analysts. Here we’ll break down the salary by each country listed here, with available data from each country’s major cities:

Data analyst salary in the U.S.

According to Zippia, these are the 10 best cities in the U.S. to work as a data analyst: 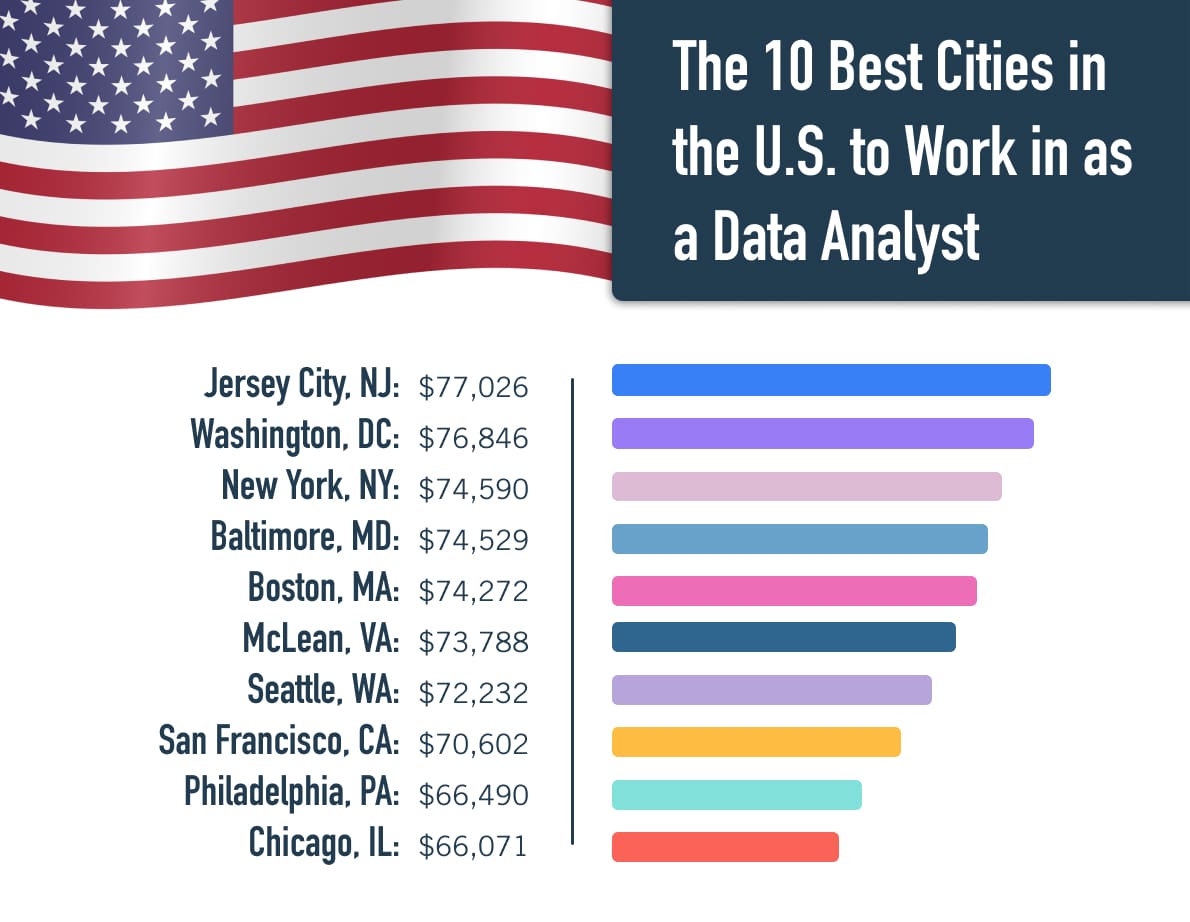 Data analyst salaries in Australia can vary greatly depending on location, according to Payscale, with the capital city coming out on top—perhaps not surprising, given the higher amount of government-based data analyst jobs available there.

Payscale also has figures for several cities in Germany, with the Bavarian capital of Munich coming out on top, and Stuttgart a close second. The German capital, Berlin, ranks low on the list with regards to salary, but in terms of cost of living, it’s known to be much lower there than in most other German main cities.

Data analyst salaries across Canadian cities are pretty steady, with the average national base salary being C$58,062, according to Payscale.

According to Glassdoor, data analysts in the United Kingdom can expect healthy starting salaries, with a nationwide average of £32,899. Capital city London has a considerably higher average base salary, but also has a much higher cost of living compared to other British major cities.

Information gathered from Salaryexplorer suggests that the starting salary for data analysts for the major cities in Sweden is higher than the typical annual salary:

Data analyst salary in The Netherlands

Salaryexplorer lists entry-level data analyst salaries across several cities in the Netherlands, which is considered to be higher than average country-wide.

Salaries for data analysts in South Africa vary greatly, but are above the typical national average, according to Indeed. Salaries in megacity Johannesburg vary so greatly that they’ve been separated by area.

Payscale lists the average salary for data analysts in India as ₹439,290. Salaries in Bangalore—the so-called ‘Silicon Valley of India’—are markedly higher than the national average. 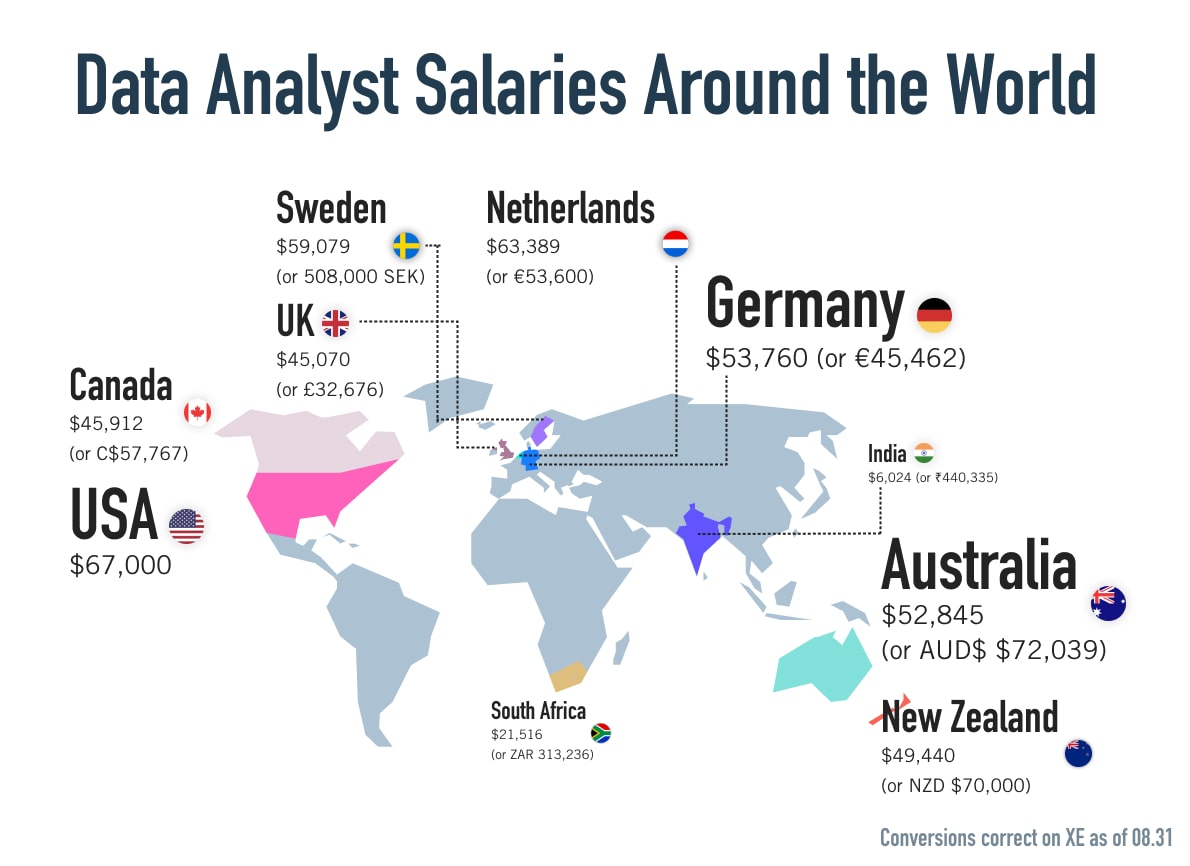 3. Data analyst salaries based on experience

Salaries for data analyst jobs at all levels reflect the specific skills and aptitudes required for the roles. Most entry-level jobs in the field of data analytics command a healthy starting salary.

To give an example of what a data analyst can expect to earn depending on experience, Payscale gives a good indication of estimated salaries across the board.

Data analyst salary based on experience in the U.S.

Data analyst salary based on experience in Germany

Data analyst salary based on experience in Australia

Data analyst salary based on experience in New Zealand

Data analyst salary based on experience in United Kingdom

Data analyst salary based on experience in India

It’s important to acknowledge a certain level of fluidity with data analyst salaries, and those with more specific skillsets or a more in-depth understanding of programming languages can expect to receive a boost in their salary.

According to Payscale, those possessing working experience with Tableau  can expect to earn 8% more than those without. Similarly, knowing how to use the programming language SQL can result in a 5% salary boost. 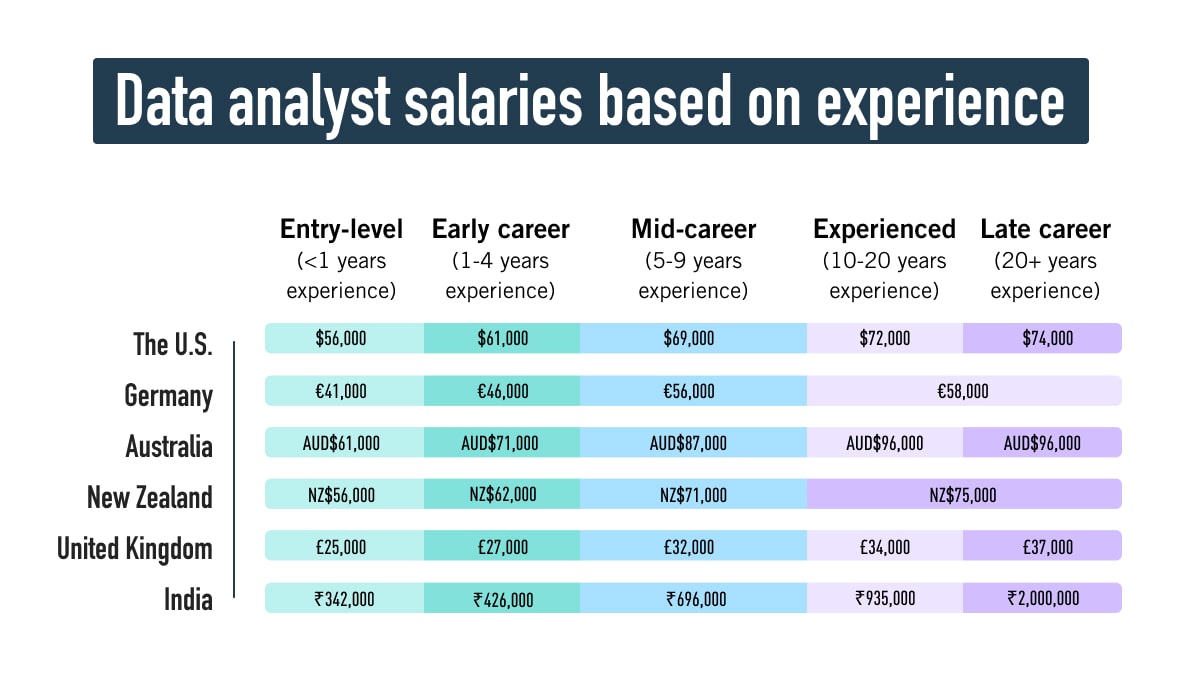 This graphic shows salaries for 2021. For 2022 salaries, refer to the paragraph text.

4. Do data analysts earn different salaries depending on their industry?

The beauty of being a data analyst is that such roles can be found in almost any industry. Most businesses make decisions based on their data, and they’ll need a data analyst to be able to do this.

LinkedIn lists the hardware and networking industries as the top paying for data analysts, with roles commanding an average of $73,000 in the U.S.

It seems that the median salary across the top five industries—hardware and networking, energy and mining, software and IT services, entertainment, and finance—are quite similar across the board, ranging from $68,000-$73,000. The data analyst salary range between industries used to be much wider even just a few years ago, but as data analytics becomes normal practice across many industries, the average salary has also standardized over time. However, this is still much higher than the national average income in the United States, according to PolicyAdvice.

5. What do the top tech companies pay data analysts?

Data analyst roles at the world’s top tech companies are often sought due to the high salaries on offer. As Payscale notes, Apple and Facebook pay their data analysts much higher than average.

As well as the glamor of being based in a beautiful, well-equipped office, working in tech can be an incredible —if demanding—learning experience. Employees get to experience fast change while gaining insights into technology that is shaping our world.

Given the huge amounts of data being gathered by tech companies on a daily basis, it’s no surprise that data analysts play a huge role in the tech industry.

Payscale reports that data analysts working for Amazon can get paid up to $92,000 in the U.S., with Facebook offering around $130,000, according to Indeed.

In London, Glassdoor reports that data analyst salaries at Amazon pay, on average, about £35,026. A data analyst working for Google in London can expect to be paid much higher, with salaries averaging £44,238.

6. What skills do I need to learn in order to increase earning potential and employability?

Data analysts typically have an aptitude for numbers and statistics. Those who have completed mathematics or engineering-related degrees at university are certainly equipped with the kind of tools required for data analyst roles.

Skills such as data modeling, data mining, and segmentation are all put to good use in the world of data analytics. Experience organizing and analyzing large amounts of information are what employers are looking for, along with communication skills required to present the findings of such work.

Don’t underestimate the power of having salary negotiation skills. Here’s a guide for how and when to ask for a raise–it’s for designers, but the basic principles apply across the board!

7. How can I become a data analyst?

With an aptitude for analyzing data and a keen eye for numbers, anyone with the motivation can enter the world of data analytics. Having a background in mathematics isn’t necessary, and learning the relevant skills won’t require you to commit to years of education or training.

By taking a course in data analytics, you’ll be able to gain real experience working with the tools and programs data analysts use every day. You’ll also learn how to interpret data, and the most common ways to present such data in meaningful ways. If you’re not ready to commit to a full course, try out this free introductory data analytics short course first.

If you’d like to learn more about changing your current career for one as a data analyst, check out these articles: