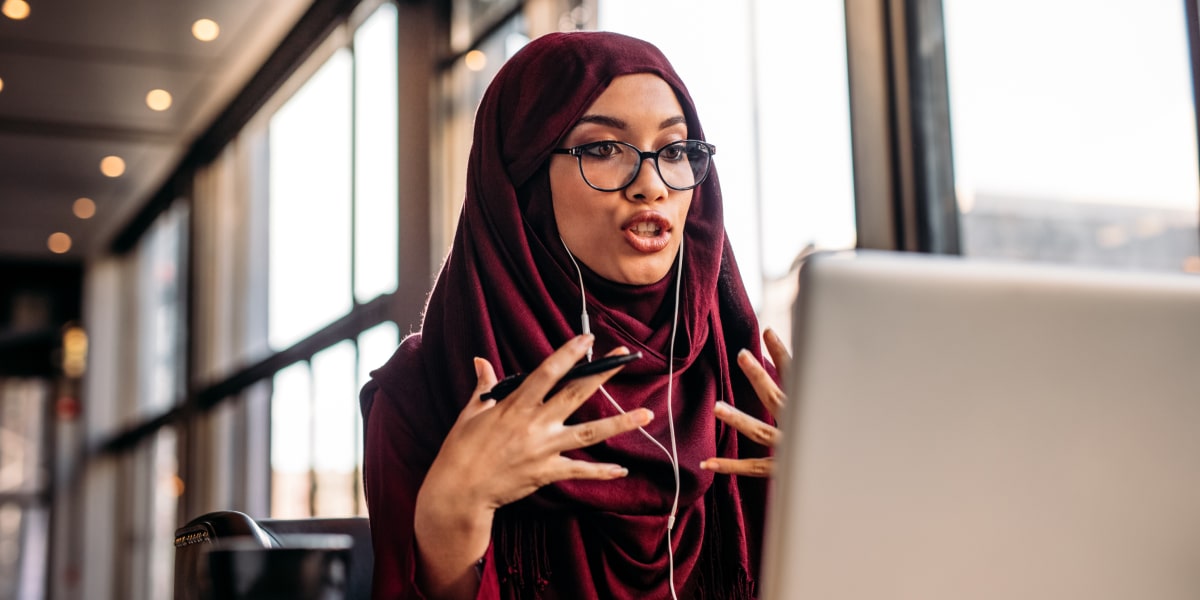 In our data-driven economy, new job roles are emerging. Two of these are data scientists and data engineers. But what do they involve? Let’s find out.

Despite only being at the frontier of the information age, it has already spawned a digital revolution. Core to this is big data—the constant stream of information that’s reshaping the way our society and economy work. The existence of big data alone has transformed our shopping habits, our access to healthcare and education, how our businesses are run, and of course, our job market. Two fresh fields in this area are data science and data engineering. But what’s the difference between them, and which, if either, is the right one for you?

In this post, we’ll look at the differences between data science and data engineering, asking:

Because data science and data engineering are relatively new, related fields, there is sometimes confusion about what distinguishes them. Toss the word ‘data’ into a job title, and people (at least those who aren’t in the know) tend to lump things in together! In reality, data science and data engineering are two very distinct roles. Let’s explore further.

What is data science?

Data science is an interdisciplinary field of scientific study. It focuses on obtaining insights from very large datasets (or ‘big data’). Data scientists may work in any number of industries, from business to government or the applied sciences. However, all data scientists share a common goal: to analyze information and to obtain insights from that information that are relevant to their field of work.

For example, in business, big tech companies often hire data scientists to help them perfect their customer recommendation algorithms (or to tailor the customer experience in other ways). The finance industry uses data science to help inform the creation of new products. In healthcare, big data can be used to diagnose disease. The list goes on and on.

Most data scientists start their careers in areas related to math and statistics. They usually then develop into areas like data analytics and machine learning. Skills required range from knowledge of computer science to information visualization, communication, and business. However, data scientists also require a great deal of technical knowledge, such as how to apply complex data modeling architectures. This is one area where data science overlaps with data engineering (which we’ll explore later).

Increasingly, many data scientists are carving niche careers in very specialized areas. This is possible due to the deluge of data that now impacts every part of our lives. In every industry, the demand for data scientists is growing. This is why data science is considered one of the ‘sexiest’ careers of the 21st century!

What is data engineering?

A data engineer’s role is to build or unify different aspects of complex systems, taking into account the information required, a business’s goals, and the needs of the end-user. This involves creating highly complex data pipelines. Just like oil pipelines, these data pipelines collect raw, unstructured data from any number of different sources. They then channel them into a single database (or larger structure) where they are stored. While data scientists also source data as part of their role, unlike data engineers, this is not their main focus.

Without data, there is no data science. By extension, we need the right structures to collect and store information. This is a particular challenge for older, larger organizations, whose legacy architecture is often insufficient for 21st century needs. That’s why, even though data engineering is not generally considered to be as ‘hot’ as data science, talented data engineers are highly in demand. If you’re considering a new career, take note!

2. What are the key skills for data scientists and data engineers?

OK, so we now have a fairly good understanding of the difference between data scientists and data engineers. Now let’s dive a bit deeper and look at the core skills and responsibilities for each role.

Key skills and responsibilities of a data scientist

Key skills and responsibilities of a data engineer

When two roles share a similar focus (big data) it’s inevitable that they should share some core skills. This overlap is why data engineering is often lumped under the broader umbrella of data science. Some dispute this, though. When two roles are confused, it can cause tension. If a data engineer is expected to carry out data science tasks (or vice-versa) this does a great disservice to the specialized skills of both roles. To distinguish them better, we need to understand where they overlap:

3. How much do data scientists and data engineers earn?

The amount that data scientists and data engineers earn depends on many factors. These include the industry they’re working in, their skill level, an organization’s understanding (or, more often, lack of understanding) about what the job involves, and even the job title. However, for a rough measure of the different salaries data scientists and data engineers can expect, we’ve looked to the salary comparison website, Payscale. The following figures were correct at the time of writing.

In the US, data scientists will earn a median salary of $96K. This can range from around $67K for entry-level positions, to about $134K for very senior roles.

Meanwhile, data engineers can earn a median of $92K. Salaries range from $65K to $132K, depending on skill level. 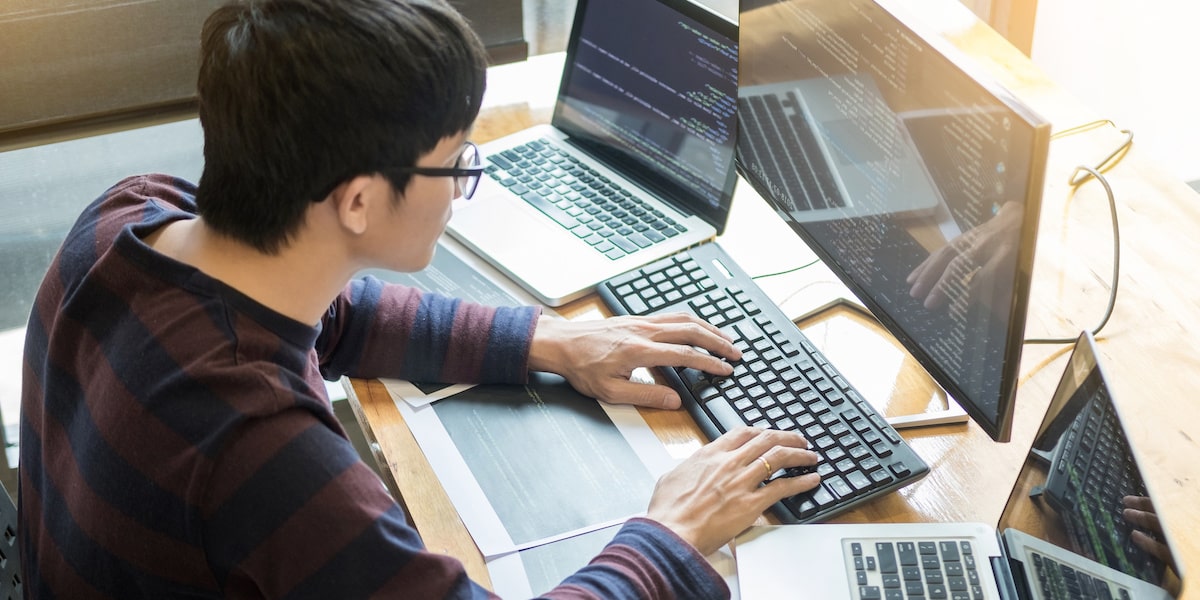 4. Should you become a data scientist or a data engineer?

Since data-related jobs are quickly evolving, there’s no single path into one arena or the other. This can be both a blessing and a curse. Up until recently, most people tended to ‘fall into’ these types of jobs, by specializing their existing skills.

For instance, many of those with statistical backgrounds picked up analytical skills to take their work further. These people became today’s data scientists. Likewise, many developers specialized in the area of big data, leading to the emergence of today’s data engineers.

Only more recently, as these roles have become better defined, have people started actively aspiring to careers in one or the other. But which one is right for you?

Should you become a data scientist?

Are you mathematically minded? Do you have a Ph.D. or master’s, perhaps in a field like statistics? Are you a subject matter expert, maybe in the sciences? Or are you an excellent communicator with a flair for business? Most of all, do you love analyzing data to detect patterns and trends? If so, have you developed programming skills to advance your analytics abilities (rather than for the love of programming itself)? Are you fascinated by the potential of fields like machine learning and artificial intelligence? If the answer to all these questions is yes then you might have what it takes to progress in the field of data science.

On the other hand…

Should you become a data engineer?

Have you been fiddling around with code since you first switched on a PC? Do you come from a technical background like software development? Are you a perfectionist who loves to build new applications that solve challenging problems? Does figuring out new technologies thrill you? Most of all, do you love the challenge of collecting and structuring information in complex systems? If your answer to all (or most!) of these questions is yes, then you could have a bright future as a data engineer.

While data science and data engineering are distinct roles, they are not mutually exclusive. The joy of the emerging data economy is that it is constantly changing. As you progress on your chosen career path, you’ll likely find new routes that you hadn’t considered before, or that might not have existed when you set out. For instance, machine learning engineers combine the rigor of data engineering with the pursuit of knowledge that is so fundamental to data science. Keep an open mind and you never know where a career in data might take you.

In this post, we’ve explored the differences between data science and data engineering. We’ve learned that:

As big data reshapes the industrial landscape for the 21st century, new roles are constantly popping up. That makes this a prime time to consider a new career in data. Explore more with a free, five-day data analytics short course, and check out the following: