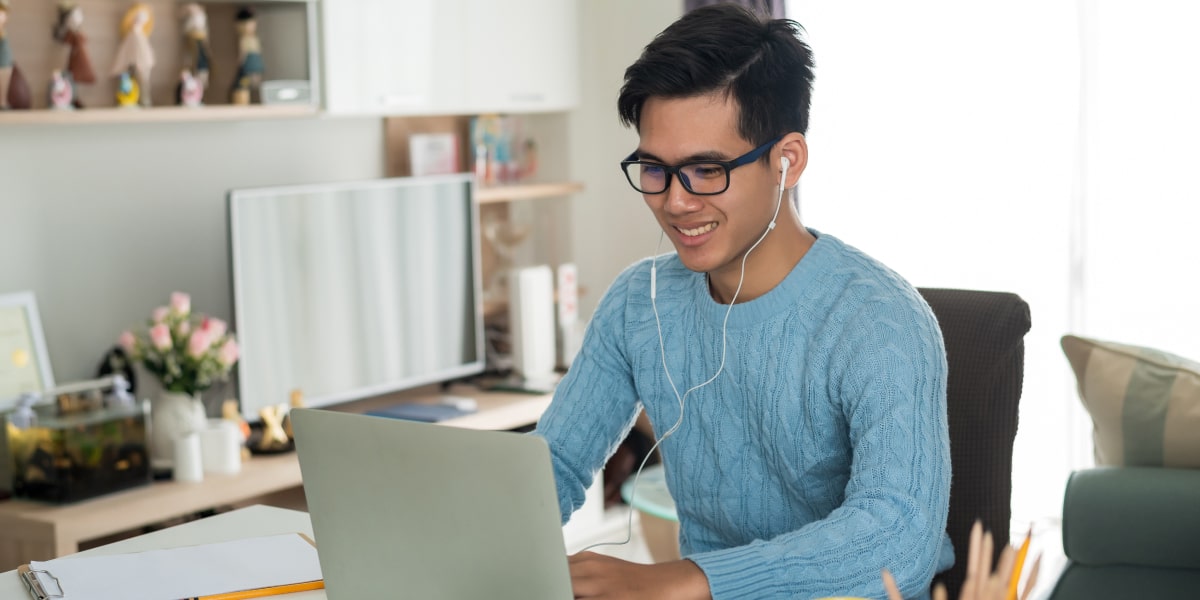 Thousands of years ago, astrologers in royal courts believed that the stars could predict the future. They invested great effort into producing elaborate systems that could do just that. And we’ll give them their dues… they got things right on occasion. But that was largely luck and informed guesswork. Most of the time, their predictions were a bit more checkered!

Fast forward to the 21st century and the art of fortune-telling—something that once seemed impossible—is no longer such an unattainable goal. But it’s not astrology leading the way, it’s data science. The evolution of technologies like artificial intelligence and machine learning, new statistical techniques, and access to vast amounts of data means that predicting the future is now an entirely feasible pursuit.

Retailers commonly use predictive analytics to forecast customer behavior. While no single use of predictive analytics achieves this, multiple techniques can be applied to different aspects of the retail journey, building a surprisingly accurate picture. This helps retailers produce a metric that’s known in the industry as the ‘customer lifetime value’ or CLV. The CLV is a sophisticated measure that allows organizations to determine how much revenue they can expect from an individual customer throughout the lifespan of their relationship.

Using machine learning algorithms, retail businesses and product manufacturers can offer greater customer personalization, analyze customer behavior on- and offline, measure the impact of different marketing campaigns and streamline supply chains. They can even determine how factors like the weather shape consumer purchasing habits. For instance, one study found an increase of 10-12% in orders for clothing, furniture, and wholesale items on clear days versus on cloudy days.

These powerful data offer companies an unprecedented level of insight into customer buying habits, allowing them to further tailor the customer journey and predict which products customers are likely to buy so they can focus their investment in the right places. This would have been unthinkable even just 20 years ago and it’s all down to predictive analytics.

A more surprising area where predictive analytics has come into its own is natural language processing (NLP). This linguistic subset of artificial intelligence involves detecting and understanding the nuances of human language. This has many (relatively speaking) mundane applications, for example, the detection of spam emails or in making machine interfaces more human relatable. However, one striking use of the technology has been in predicting the outcomes of judicial trials.

Today, courts are required to publish their judgments in publicly accessible databases. This allows us to carry out data analysis of legal texts at a scale never seen before. Using NLP, a coalition of researchers at UCL and the University of Sheffield in the UK, and the University of Pennsylvania in the US, have predicted decisions by the European Court of Human Rights (ECtHR) with an accuracy of 79%.

Their algorithm used case information on judgments from the ECtHR’s public database. It extracted available textual details from relevant sections of these judgments. Combining linguistic features from the topic of the case (e.g. what the law says) and circumstantial details (i.e. the specifics of each case) the algorithm was able to predict the outcome of each trial to a high degree of accuracy.

While 79% might not sound that accurate for something as important as a legal trial, bear in mind this is based purely on text summaries submitted by the judges. If the algorithm had been able to analyze the language used during the court proceedings themselves (such as the cases made by lawyers) the degree of accuracy would have been even higher.

While judges are not going anywhere any time soon, this kind of technology has huge potential for identifying common patterns in legal cases and the outcomes that these patterns tend to lead to. This could help us spot and eradicate unconscious bias, leading to a fairer and more equitable justice system. Once again, all thanks to predictive analytics!

Tapping into many human skills, predictive analytics isn’t just used for language processing but also for image recognition. This is the ability of software to identify people, places, animals, melons (whatever you like really) from videos, photographs, and other figurative imagery. Public and private organizations increasingly use computer vision libraries, like OpenCV, to carry out this task.

By feeding algorithms large amounts of labeled visual input (for example, images of cats that are labeled as such) the machine can learn to spot similar images and classify them. This may not be a linear form of prediction, i.e. it doesn’t directly predict the future, but it is still a form of predictive analytics. That’s because it uses known data to classify unknown data using a technique known as supervised learning.

And, of course, facial recognition—a further subset of image recognition—is used to support image search, create deep fakes, tag people in photos on social media, and allow crime agencies to identify criminals. The uses are almost endless, and who knows where it might lead?

Beyond applying predictive analytics to business tasks, like marketing, it has more equitable uses, too. One of these is in the healthcare sector, primarily for detecting the warning signs of serious illness. This allows physicians to actively prevent negative health outcomes. Integrating electronic health records with data from wearable devices, and using technologies like computer vision, we’re already transforming 21st-century clinical care.

Ingesting health data from across vast populations, healthcare predictive analytics algorithms can identify which patients are most at risk of developing certain conditions, such as diabetes, heart disease, autoimmune diseases, or cancer. Doctors can then offer suitable prevention or treatments, often tailored to individual needs using novel gene therapies (which are also supported by predictive analytics).

In some cases, healthcare algorithms even outperform human doctors. One study highlighted a predictive analytics tool that successfully identified over 90 percent of stage 0 breast cancers that were likely to spread or recur. Researchers stained tissue samples from cancer patients to highlight certain important proteins. Using computer vision, the tool was then able to identify disease in 96 percent of cases, a higher rate than trained doctors. This shows just how powerful predictive analytics can be.

Of course, predictive analytics can also be used in other healthcare contexts, for example, to predict the spread of diseases like Covid-19. Check out this post for a visual heatmap detecting the potential spread of Covid-19 following Florida spring break.

In the finance sector, fraud is a huge problem. It also comes in many shapes and sizes, from insurance fraud to organized crime, making it very difficult to manage. Detecting it, therefore, is a top priority for most financial institutions. It’s important for minimizing financial loss as well as for demonstrating effective cybersecurity to their customers.

An excellent example of fraud detection using predictive analytics is credit card fraud. By mapping past confirmed cases of fraudulent transactions (using data such as when the credit card transactions occurred in unexpected locations, or measuring the specific amounts withdrawn) organizations can put in place necessary security processes to detect and prevent fraud before it even occurs.

Read how the same predictive analytics principles are used to automate other important tasks in the financial sector.

Far beyond the business world, some of the coolest ways that predictive analytics is changing the way we work is in the sciences. One such use is to predict bee swarms. Swarming occurs when a queen is ready to establish a new hive. It’s known that a new queen will communicate with the workers via a special vibration in her wings, preparing them for an upcoming swarming event. However, to humans, this provides no obvious signs. This means a hive may vanish before a beekeeper can capture the queen to establish a new colony.

Researchers at the University of Nottingham in the UK decided to place accelerometers inside beehives to measure the buzzing. Using the resulting vibrational data from swarming and non-swarming colonies, they trained two machine-learning algorithms to search for buzzing patterns that might indicate an upcoming swarm. The algorithms, which used different techniques, respectively detected swarming events 91% and 80% of the time. Pretty impressive.

Using similar principles, in the future, it’s hoped that predictive analytics will solve a wide variety of scientific problems, from minimizing the impact of the climate crisis to predicting the three-dimensional structure of proteins from DNA sequences. This could help us to create novel treatments for diseases like Covid-19.

7. Decoding the language of whales with predictive analytics

Question: what do bees and sperm whales have in common? You might not think it (OK, so you probably guessed!) but the answer is predictive analytics. So far, our list of examples has focused on solid applications of predictive analytics that have already been proven to work. But what if we pushed the technology right to its limits?

That’s what a team of scientists has recently done. A group of experts in linguistics, robotics, machine learning, and camera engineering has announced a five-year mission to decipher the language of sperm whales. This might seem a pretty outrageous idea, and until recently it would have been.

It’s long been known that whales are highly intelligent and use clicks and whistles as a form of language. Understanding what they’re saying, on the other hand, is a whole different kettle of fish (sorry!) but it will rely heavily on the predictive aspects of artificial intelligence.

While there’s no guarantee of success, the scientists involved are already building specialized video and audio devices to capture millions of whale codas. They aim to analyze these using cutting-edge NLP algorithms that will identify different units of whale song. The algorithms will then (hopefully) determine if the whales use grammar, syntax, or anything analogous to human language.

What makes this example different from the others on our list is the inability to feed the algorithms labeled data. Without context (e.g. where the whales are, what they are hunting, and so on) it’s impossible to label their songs to understand their meaning. Instead, the algorithms will seek patterns in unlabeled data. This is a prime example of what’s known as unsupervised machine learning.