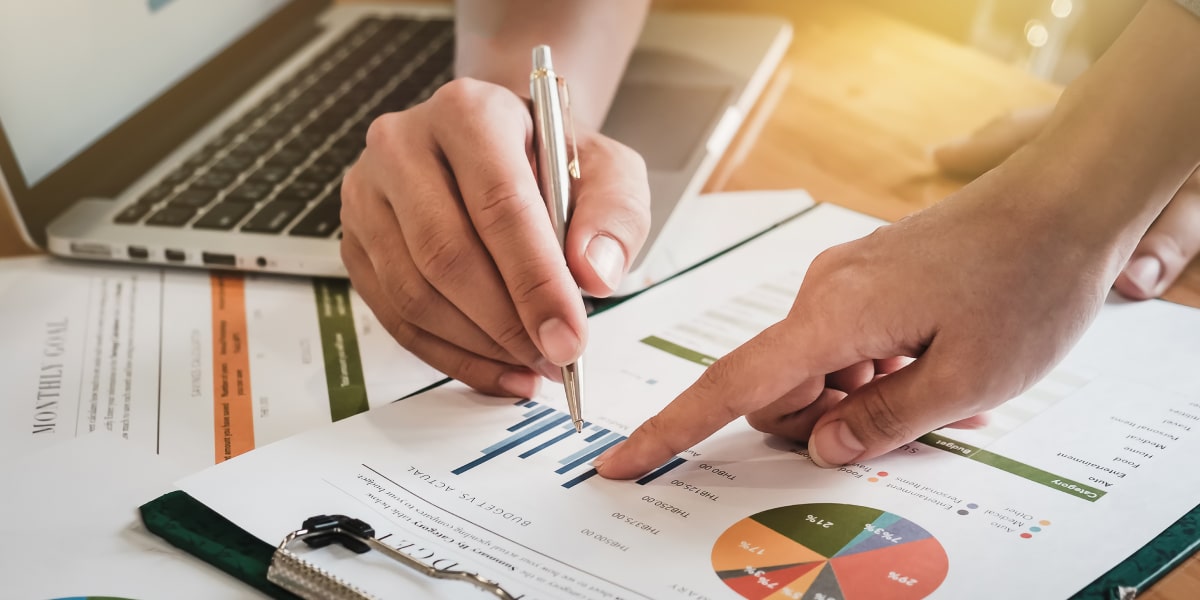 Interpreting datasets often involves representing them visually. But what visualization tools can we use to help? Let’s take a look.

Working with big data means grappling with thousands, if not millions, of discrete data points. To make sense of all this information, we often represent it visually to aid our natural pattern-spotting abilities. This is also useful for creating dashboards and reports that non-data-savvy decision-makers can understand. And while creating visualizations can be time-consuming, there’s a booming demand for data viz tools. Many of these are designed to streamline—and even automate—the data visualization process.

From free, open-source software to commercial solutions, in this post, we’ll explore our top seven data visualization tools. This includes those often used for data analytics, as well as some that are better suited to non-technical users.

Ready? Then let’s begin with…

Plotly at a glance:

Computing start-up Plotly has produced several data visualization libraries, mostly built using Python. Their various products—from Dash to Chart Studio—are open-source and highly customizable. Because Plotly’s libraries are Python-based, they’re easy to integrate with other Python libraries and apps. So, if you know how to code, Plotly streamlines the creation of graphics, charts, and dashboards. An array of advanced scientific and 3D charts has secured the tool’s standing in the fields of science and engineering.

Through APIs, Plotly also lets you create web apps, bypassing the need for in-depth understanding of languages like JavaScript, CSS, or HTML. While this still requires some coding skills, you’re unlikely to be using the tool unless you have some pre-existing programming knowledge. As is often true for open-source tools, Plotly has limited support documentation. But thanks to Python’s popularity, online tutorials are on the increase, and those who have questions can usually find the answers on Stack Overflow.

Like Plotly, D3.js (also known as D3, for ‘data-driven documents’) is an open-source data viz library, this time built using JavaScript. Using scalable vector graphics (SVG), HTML5, and cascading style sheets (CSS), it streamlines the creation of interactive visualizations for the web. While, like Plotly, it requires coding knowledge, D3 offers great visual outputs. This includes diagrams and charts, product roadmaps, and much more. A core principle of D3 is that it adheres to web standards, meaning its web dashboards operate on any browser.

While D3 has a steep learning curve, once mastered it offers full control over your visualizations. This means you can tweak them to interact in any way you want. This makes it excellent for nuanced reporting. However, D3 is only suited to visualizations, and can’t be used for other data analytics tasks, e.g. data cleaning. It does have a great support community though. This has led to many books and online tutorials becoming available, to help you upskill. While best-suited to scientific data visualization tasks, even a cursory understanding of D3.js is a great starting point for any data analyst. If nothing else, it teaches best practices in data visualization.

Qlikview at a glance:

Qlikview produces real-time, custom dashboards that offer great analytics features as well as visualizations. Primarily a business intelligence tool, users can create interactive pie charts, tables, graphs, and more. Crucially, Qlikview integrates with other analytics tools in the Qlik ecosystem. This allows for more integrated analytics functions than some tools on the market. Although Qlikview is aimed at developers (as opposed to non-technical users) this offers greater flexibility and control over its functions.

Qlikview’s stand out feature, though, is its extract, transform, load (ETL) script editor. This allows you to pull data from a wide range of different sources with ease. This includes relational databases, Excel spreadsheets, text files, web services, and apps (such as customer relationship management systems, like SAP or SalesForce). By using in-memory databases, Qlikview performs calculations far quicker than most visualization tools. It also offers other useful functionality, like data sharing, for team-working.

Tableau at a glance:

As a general rule, the more user-friendly a tool is (i.e. the less coding it requires) the more limited its functionality. This problem is minimized in Tableau, one of the most popular, easy-to-use data visualization tools on the market. For a commercial product, Tableau has a great array of interactive visualizations. Unlike some commercial tools, it also handles large amounts of data well. This means it can be used for more than simply creating ‘pretty graphics’.

Tableau’s main draw is its usability and simple drag-and-drop interface. The trade-off is that it is not suited to in-depth tasks like exploratory data analysis. However, it retains enough functionality that data analysts can create dashboards for non-technical staff without impacting the integrity of their work. Tableau does have its limits, though. For instance, it’s not suitable for machine learning and AI tasks, nor data pre-processing. This means you’ll need some coding skills to manipulate data before importing it into the tool. Tableau also lacks a scripting layer. This means you can’t tweak its functionality to please more nuanced requirements or workflows. Ultimately though, it is not designed for complex data analytics but to visualize key observations. And in this respect, it excels.

Grafana at a glance:

Grafana is a great tool for reporting real-time metrics via its interactive dashboard. It integrates well with many different data sources and offers smooth, clean visuals that are easy to interpret. Its alert functions and options for plug-in extensions allow for the creation of very complex monitoring dashboards. This makes Grafana popular in DevOps environments. Once set up, interactivity is key—users can query all aspects of a graph or chart at the click of a button. But while Grafana’s output is perfect for non-technical users, the setup is complex. Getting the best from the tool requires some technical heft on the backend.

For instance, pulling historic data requires database integration—functionality that isn’t built-in. It can also take some time to customize the display data in the way that you want. Despite this, though, the output is impressively slick and professional looking. And with good planning, it shouldn’t need too much tweaking! While Grafana is free and open-source, there’s an enterprise version available that offers extra functionality. This includes PDF exporting, usage insights, and auditing tools.

Datawrapper at a glance:

These days, data viz isn’t only for data analysts. There’s an increasing demand for tools that are suitable for non-technical users, too. Enter Datawrapper, a popular chart, mapping, and tabling software. It’s often used by media personnel in the newsroom, where there tends to be an urgent need for accurate and effective visualizations.

Datawrapper is a zero-coding tool that allows custom layouts via its visual interface. This is great for ensuring that graphics easily integrate onto new sites or web apps. The tool also ingests data from many sources, such as websites, PDFs, Excel and Google spreadsheets, and CSVs. However, while ease of use is its main draw, this is also its primary shortcoming. Pre-packaged visuals make it hard to customize things like color and font. The free version also stores data on the Datawrapper server, meaning it’s not suited to sensitive tasks. While this may not be the first tool a data analyst will turn to, we’ve included it on our list to highlight the varying kinds of functionality that different data viz tools offer.

Microsoft Power BI at a glance:

As much as we love promoting smaller players, there’s no escaping the fact that big tech plays a big part in big data viz! Enter Microsoft’s cloud-based data analytics suite, Power BI. This tool evolved from an earlier Excel plug-in but was redeveloped as a standalone suite in the early 2010s. The key thing about Power BI is that it isn’t just a data visualization tool, but a broad intelligence suite. Since data visualization rarely stands alone, however, it felt well-suited to our list.

Unlike many visualization tools, Power BI incorporates data modeling. It also produces interactive visual reports and dashboards with a minimal learning curve. A bit like Qlikview, it’s known for connecting with a wide range of different sources, e.g. Excel (as you would expect) but also text files, SQL server, and online sources like Facebook and Google Analytics. Of course, Power BI also offers an impressive range of visualizations. This includes different customizable maps (like filled maps and heat maps) as well as visuals that are suitable for 21st century needs, such as influencer charts. These go far beyond being merely functional—they are also beautiful and highly customizable. Visuals can also be expanded through BI’s marketplace.

Most users probably won’t encounter Power BI unless they’re working at a large firm that has paid for enterprise licenses. But for a basic rundown of its functionality, you can try the free version. If you fancy a big tech tool that’s totally free to play with, check out our bonus entry: Google Data Studio.

There are tons more tools out there, of course, often created for very specific use cases. If you’re looking to expand your data analytics and visualization know-how, why not play around with a few of the free open-source ones?