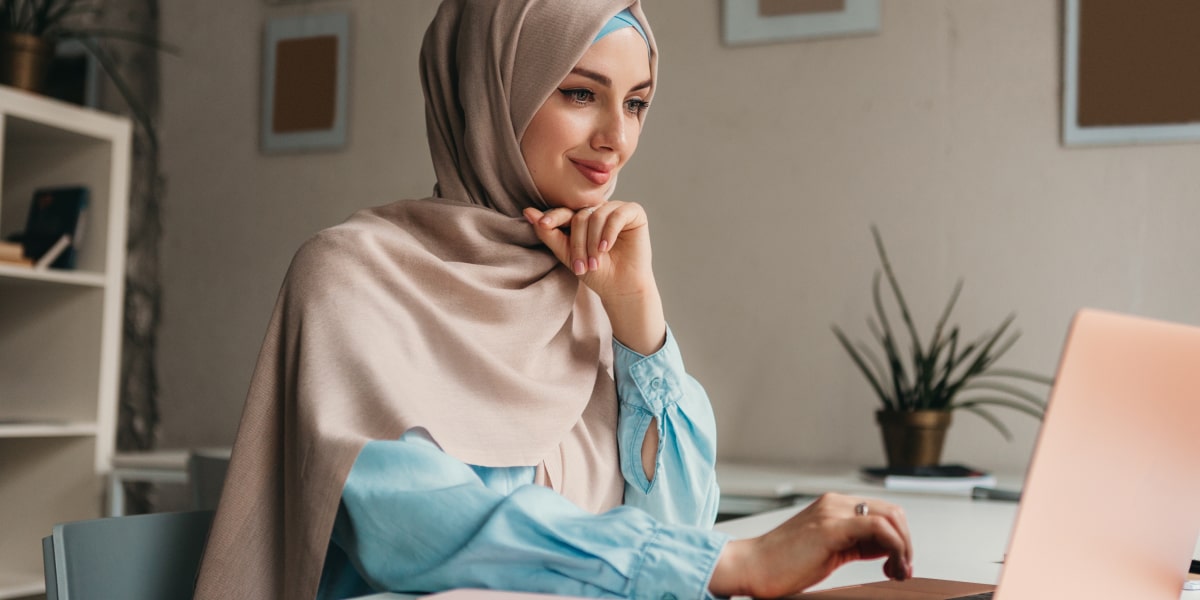 What exactly is artificial intelligence, and what are the different types of AI worth knowing about? Read on to find out.

Data analytics involves numerous skills. However, if we could boil it down to just one, that skill would be pattern spotting. This is something humans are excellent at—our brains are perfectly evolved for the task. But what if we could supercharge this? What if hyper-fast, super-intelligent machines could carry out complex pattern spotting in mere hours, rather than in the days or years that it takes humans to do?

If you’ve seen movies like Her or Ex Machina, you’ll have an idea of what we’re talking about: artificial intelligence (AI). While the types of AI represented in sci-fi movies are a far cry from anything we have in reality, this may not always be the case. Indeed, we already use many types of AI—it’s simply that its usage is so commonplace we hardly think about it.

AI is still an emerging field. With this in mind, dedicated data scientists have devised definitions to describe the types of AI that currently exist and those that might exist in the future. In this post, we’ll cover the basics, before exploring these seven different types of AI:

Ready to learn about the different types of AI? Let’s dive in.

1. What is artificial intelligence?

Broadly, ‘artificial intelligence’ also describes the theoretical study and development of algorithms and computer programs that can learn from their experiences. Within data science specifically, AI refers to computers that carry out tasks typically completed by humans. This includes things like image recognition, natural language processing, translation, predictive analytics, and other forms of decision-making.

While artificial intelligence is an emerging field, it is fundamental to many disciplines, including data analytics and data science. Techniques such as deep learning and machine learning are both subsets of artificial intelligence and are prime examples of algorithms that learn from data to solve problems. If you’re interested to learn more, you can learn about the difference between machine learning and deep learning in this post.

What are the different types of AI?

Since AI aims to reproduce (or at least mimic) human intelligence, the holy grail of AI research is a machine that can think, learn, and emote just like a human can. For many, this would be a pinnacle of human achievement. For others, it’s a terrifying prospect. Either way, while nobody’s ruling out the possibility that artificial intelligence may one day become self-sustaining and irreversible (an outcome somewhat dramatically called the technological singularity) it helps to know that expert minds have been considering this potential problem for decades.

As a result of some diligent thinking, two main AI classification systems have emerged. These two systems compare different hypothetical types of AI to human intelligence.

Now that we have a general understanding of the two systems and their categories, let’s explore each of these different types of AI in more detail. First up…

The simplest (and oldest) type of AI in the functional classification system is known as the reactive machine. Reactive machines lack any kind of memory. They cannot learn or adapt their approach to problem-solving based on experience. Instead, reactive machines are simply designed to respond (or ‘react’) to stimuli based on a rigid set of algorithms pre-programmed by a human being.

What are some examples of reactive machines?

More contemporary reactive machines include email spam filters, or Netflix and Amazon’s recommendation engines. Algorithms like these always recommend the same series (or books, or products) in response to a particular input, e.g. if you watched Friends on Netflix, the algorithm knows to recommend other sitcoms. While Deep Blue made a big splash at the time, this kind of technology is now so commonplace we barely even think about it. 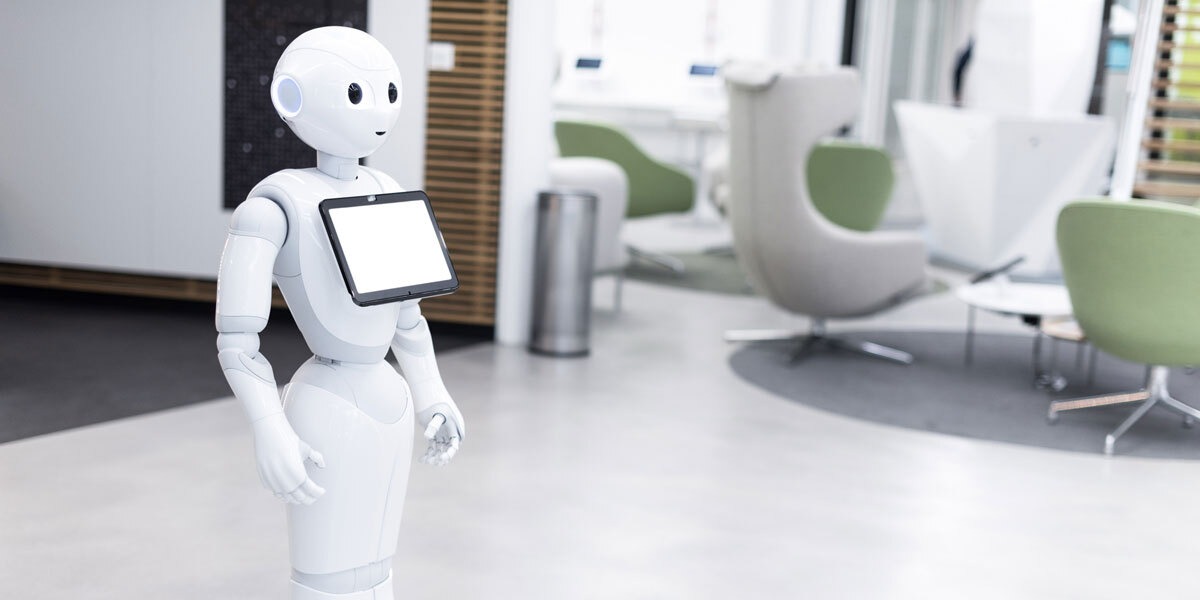 What are some examples of limited memory artificial intelligence?

Any application that uses machine learning algorithms is a form of limited memory AI. These applications use algorithms trained using labeled datasets, which help them categorize unlabeled data and make decisions autonomously. A common example is self-driving cars, which use limited memory to respond quickly to unexpected hazards based on huge amounts of input data, e.g. what to do if someone steps out suddenly into the road.

Other examples of limited memory AI include image recognition software (think of Google image search or social media that tags you in photos), chatbots, digital assistants, and sophisticated translation software, likeDeepL, which uses artificial neural networks (a type of AI that attempts to mimic the connectivity of neurons in the human brain).

The third category in our functional classification system is theory of mind. Currently, AI demonstrating theory of mind does yet exist. However, it is an active area of research, so watch this space!

But hold up a sec…What exactly is theory of mind? And why is it important to AI? In humans, the theory of mind (also known as ‘internal simulation)’ is the ability to put oneself in someone else’s shoes. You probably don’t even realize you’re doing it, but this helps you understand how someone’s social or emotional state affects their thoughts and behaviors (known as ‘hot cognition’). While human children naturally develop this ability by about four years old, it’s a much more complex matter for machines, which aren’t quite there yet.

How could the theory of mind be used by artificial intelligence?

Early AI successes (things like self-driving cars and chess robots) have created an AI investment boom, not to mention plenty of media hype. However, some of those in the field believe that the power of existing AI has been overstated. For instance, there have been many problems with racist algorithms, and self-driving cars causing accidents.

Ultimately, the skeptics argue that while existing AI is undoubtedly powerful, we can’t have safe and sustainable human-machine interactions until computers can read human emotions and adapt accordingly. Empathetic AI could therefore have myriad applications.

For instance, it could be used in areas like healthcare, e.g. an AI therapist, or embedded into robotic assistants to provide personalized support. It could also be used in areas like sales. A computer that senses when a customer is irritated or disinterested will know when to back off (no one likes a hard sell!)

There’s also the possibility that empathetic AI could be used to manipulate human behavior. However, we’re optimists and like to think there will be some safeguards in place to prevent this before we get to that point, so let’s not go there for now!

The fourth and final category in our functionality classification system is self-aware AI. At present (and for the foreseeable future) this type of artificial intelligence is merely hypothetical. However, it would theoretically function exactly as a human does.

How might this look? While the theory of mind would allow AI to read and respond to human emotions, self-aware AI would have emotions, thoughts, and belief systems all of its own. That distinct inner feeling of ‘you’ that you know so well? This is what would make self-aware AI stand out from the others on our list.

In short, while people often talk about artificial intelligence, self-aware AI would go beyond this into the realm of artificial consciousness. This is really what all those doom-mongering sci-fi movies are about. And we’re not even close to that yet, so you can rest easy.

How could self-awareness be used by artificial intelligence?

It’s extremely hard to say how a self-aware AI might be used. Even if it’s possible to create one, this won’t likely occur for decades or even centuries. One thing’s for sure, though; a self-aware machine would offer us unprecedented insights into the emergence of consciousness, a longstanding area of research in the field of neuroscience.

Creating a conscious machine would allow us to learn how the human mind developed over millennia. Of course, creating artificial consciousness—especially for experimental purposes—raises some deep ethical questions (so anyone dabbling in AI should have a deep understanding of ethical design). For all we know, a conscious machine, aware of the possibility of its demise, might rise up against us…but let’s hope not! 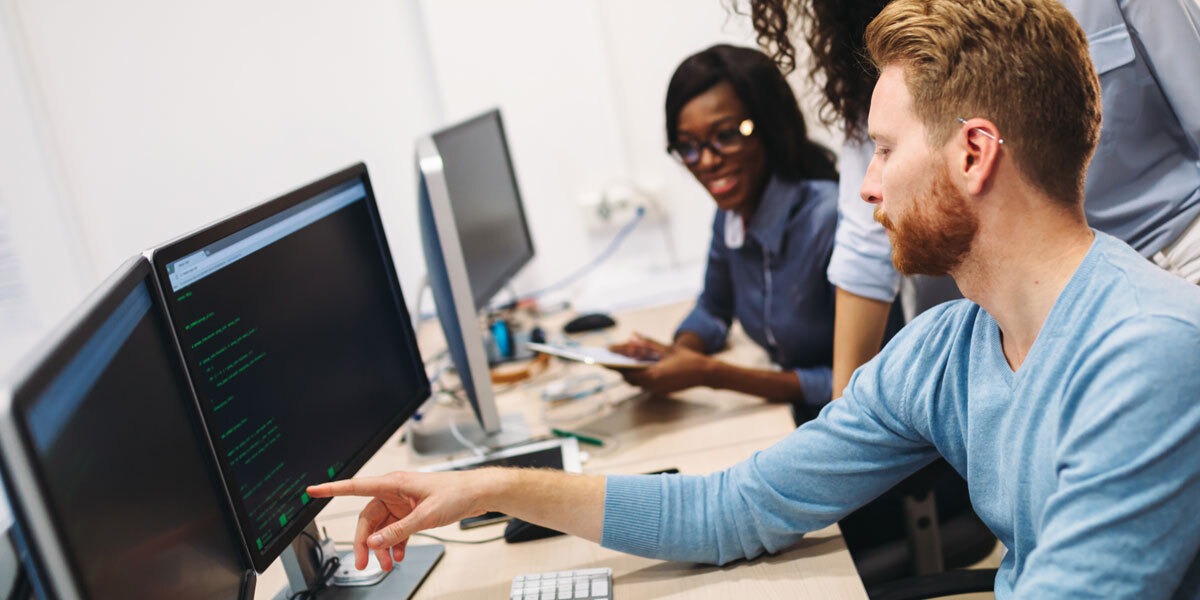 The first type of AI in our classification system is Artificial Narrow Intelligence (ANI). ANI describes any artificial intelligence that can perform specific but limited tasks. While these systems may be autonomous and can learn from existing data, they still ultimately require programming by a human being.

This highlights just how far we have to go.

The second category in our capability classification system is Artificial General Intelligence (AGI). AGI describes any artificial intelligence that would, theoretically, duplicate humanlike behavior. It would be able to understand emotions, respond to different stimuli, make connections between different areas of study (including those that are unrelated), and make scientific breakthroughs.

Essentially, AGI is any machine with intelligence on par with that of the average human being. How will we know when we’ve created an AGI? One way would be for it to pass the Turing Test. Designed by Alan Turing, one of the world’s first and most famed computer scientists, this test aims to determine if a computer is capable of thinking like a human. If you like, you can even take a visual version of the Turing Test yourself.

The final category in our capability classification system is Artificial Super Intelligence (ASI). An ASI would demonstrate intelligence far surpassing the cognitive performance of any human being. It would be able to process and analyze data with ever-increasing efficiency, make decisions at incredible speeds and evolve on its own.

Do you remember that technological singularity we mentioned in section one? That’s one likely result of an ASI. Whether or not an ASI is feasible, however, is a matter of great debate. Some believe we’ll create oneby 2050 and that machines will displace humankind as the dominant intelligence on the planet. Others, meanwhile, take a more sanguine approach, believing we’ll never create anything more than highly sophisticated reasoning machines. Either way, there’s no need to fret, as we won’t find out for quite a while!

9. Wrap up and further reading

In this post, we’ve explored the present reality of artificial intelligence and speculated on some possible future developments. In its current form, AI is just a sophisticated form of predictive analytics engine. However, the future holds great potential. We may be able to create machines that are equally intelligent to the average human, if not far superior.

Whatever the future holds, artificial intelligence is a huge, fascinating, and fast-growing field of research. While we’ve barely scratched the surface of its potential, it’s already transformed the way we live, especially affecting areas like data analytics and machine learning.