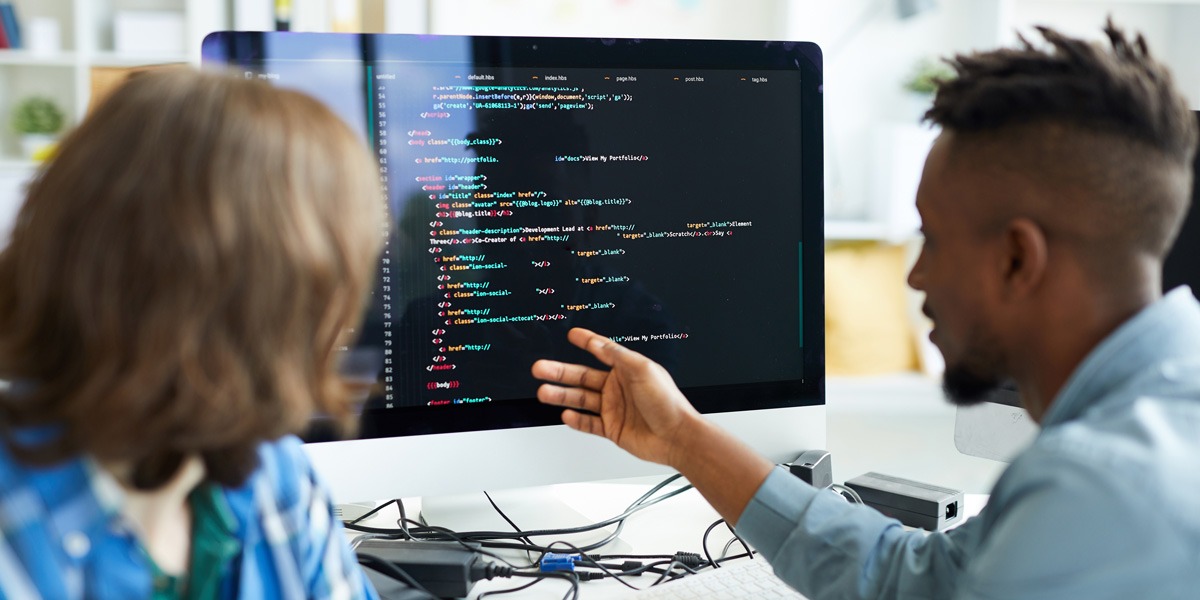 Python is currently one of the most popular computer programming languages in use. And that’s no exaggeration—in 2019, it overtook Java to nab the number two spot on the world’s largest software development platform, GitHub. Python can be used for a range of purposes, but its most ubiquitous (and fastest-growing) use is in the field of data analytics.

In this blog post, we’ll explore why Python is a popular tool for data analysts, demonstrating its applications with some examples. We’ll break this down into the following sections:

So, what is Python used for? Let’s find out.

Python is a computer programming language. It was first developed in the early nineties to create simple scripts. However, since the dawn of the digital age, its applications have ballooned. This is thanks to the simplicity of its code and its multi-purpose nature. Organizations using Python include Netflix, the New York Stock Exchange, and even NASA. What’s more, there are over 70,000 libraries of pre-existing tools available for free on the Python Package Index (PyPI). These can be used to streamline everything from web development to special effects and, of course, data analytics. If you’d like to learn more about what Python is, you’ll find an in-depth introduction in this guide.

2. Why is Python good for data analytics?

To appreciate Python’s applications, it helps to understand data analytics. At the highest level, data analytics means finding patterns in data that can inform business decisions. ‘Data’ can include everything from phone numbers or weights, to names, and even the price of potatoes…you name it! ‘Analytics’ means accumulating and sorting these data, drawing insights, and reporting them in a clear (often visual) manner.

Python can help streamline many of these tasks. Let’s see why.

Python is easy to learn

Python is an ‘abstract’ language. This means that many computational aspects get handled internally. As such, Python users don’t have to ‘think like a computer’. Rather than becoming experts in coding, they can focus on their goal—obtaining and providing useful insights.

Python is good for writing scripts

Python has a strong online community

With a huge online presence on community coding forums like GitHub and Stack Overflow, Python is well-supported. Users can get queries answered, and fast.

Python is open-source. This means its code is freely available for distribution and modification. As a result, a massive number of tried-and-tested third-party libraries have sprung up on PyPI. These tools support a wide range of disciplines, but data analytics is a key one.

3. What is Python used for?

In this section, we’ll look at a small handful of Python’s (many) third-party libraries. We’ll explain what they do, and how some organizations use them to streamline data tasks. In practice, data analysts have many more responsibilities than those outlined below, but we’ll aim to cover some of the key ones.

When you encounter graphs or statistics in daily life (such as in the news) they’re always presented in a clear manner. Unfortunately, raw data rarely starts out this way! An analyst’s first task is to make sense of their data. This means ordering it and searching for patterns. With huge datasets, doing so manually would take lots of time.

Luckily, Python’s general-use data manipulation libraries come in handy. One of these, Pandas, allows users to amend numerical tables, change format types, merge datasets, and much more. Another, NumPy, features multi-dimensional arrays. These are structures that allow users to store values of the same data type and manipulate them. This makes NumPy excellent for scientific use.

Python’s general-use data manipulation libraries have a variety of applications. For instance, take travel-related search site, trivago. They reportedly use NumPy to get a clear overview of the huge amounts of search data they collect each day. This allows them to improve their algorithms and help users to book the right hotels more easily. And you thought you were just clicking a button!

Another challenge analysts sometimes face is not having enough data, which means they must source it. Fortunately, Python has libraries that can automate this task, too. Popular examples are Scrapy and Beautiful Soup, which both scrape data from the web.

Beautiful Soup works by ‘parsing’ HTML and XML documents—which are used for processing and presenting text on websites—for data. In simple terms, this means that it reads the code, breaks it into simpler parts and analyzes it. It then pulls out whichever data the analyst has flagged as relevant. Scrapy, meanwhile, is used to write applications known as ‘web spiders’ (a term you may have heard in relation to Google’s search algorithms). These trawl websites and extract data from them.

Data scraping is so important for modern businesses that many companies dedicate themselves to this task alone. It’s not only marketing agencies that use them, though. The UK government utilizes Scrapy to aggregate data for businesses and individuals (you can see what this looks like here.)

Python for data visualization and reporting

Once data are collected and analyzed, it is common practice to represent insights visually. Why? Well, it must be accessible to analysts, yes—but also to non-technical folk, like business leaders and other stakeholders. Again, PyPI delivers, with a wide array of data visualization libraries. Some are designed for niche disciplines like eye movement research, but there are many general-purpose libraries, too.

The most popular example is Matplotlib. Matplotlib can be used to report data in graphs, pie charts, and many other formats. What’s more, these visuals can be static, animated, or interactive, depending on your need. For this reason, Matplotlib is sometimes known as the Swiss army knife of data plotting!

According to marketing intelligence provider, HG Insights, companies like Facebook, Apple and Tesla all use Matplotlib. This makes it a great Python library to play with if you want to expand your expertise.

Another key tenet of data analytics is machine learning. This is a broad term. However, it essentially involves running complex algorithms with large numbers of mathematical equations, in order to make sense of patterns in data. This would take impractical amounts of time without automation. Once again, PyPI steps in with machine learning libraries such as TensorFlow (which has in-built image, text and speech recognition) and PyTorch (which is used for natural language processing).

Other organizations use Python to create their own machine learning tools. Spotify, for instance, has used Python to develop a proprietary machine learning module called Luigi. Luigi allows teams to quickly automate complex lists of commands, allowing them to power things like Spotify’s Discover and Radio features. It’s also used to suggest people you might want to follow. Python is just one of many languages used for machine learning.

What happens if your data are in the form of pictures, not text? No worries. PyPI has libraries dedicated to image-based processing. While some of the libraries we’ve already discussed can support this function, an especially popular one is OpenCV.

Startups and global corporations such as Google, Yahoo, and Toyota all use OpenCV. Its applications are broad, too. It supports facial recognition and can even classify human movement in video footage. Less Orwellian applications include stitching images (e.g. Google Street View), removing red-eye from photos, checking airplane runways for debris, or inspecting product labels in factories. This area of data analytics is growing and improving fast, and Python is right at the forefront. 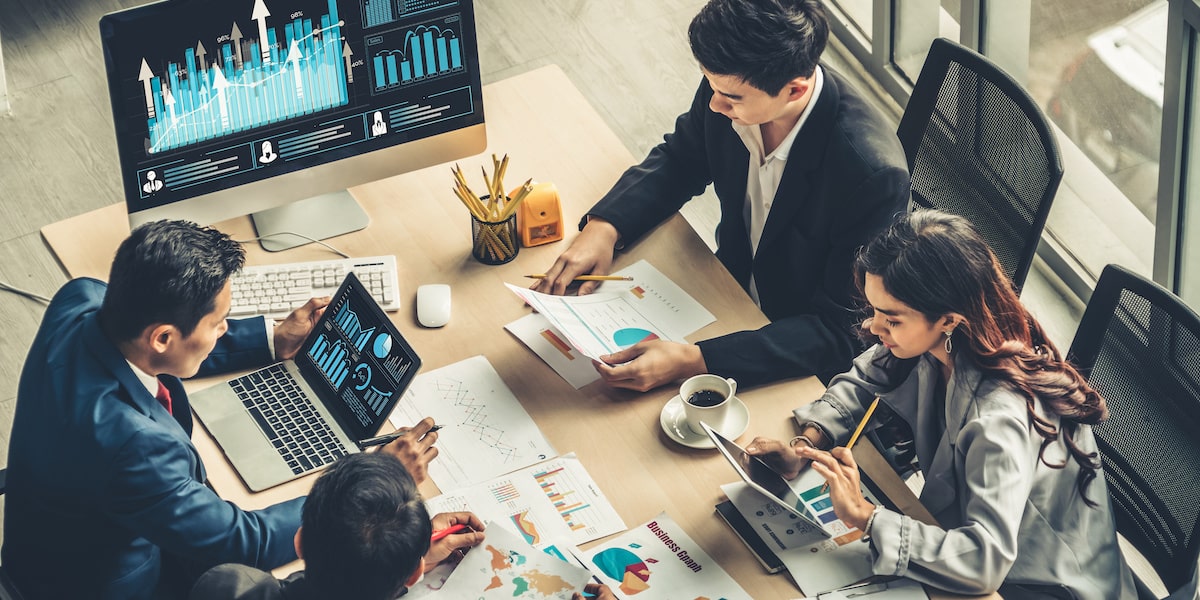 As we’ve covered, Python is a very agile programming language. It’s easy to learn, straightforward to use, and has strong online support. Most importantly, however, Python is open-source. This means there are thousands of third-party software libraries available, which can be used to streamline a range of analytics tasks:

Dig deeper and you’ll find we’ve barely scratched the surface. Python has tonnes of cool applications within data analytics. And we’ve not even touched on its uses for other fields, like web development, or special effects production!

The key thing to take away from this blog post is that you needn’t spend months mastering Python. Download a new version like Python 3.8, get to grips with the basics, and you can then play around with some different software libraries. Ask yourself: what tasks can I automate?

Keen to get started? We show you how to learn Python from scratch in our step-by-step guide. Want to learn more about data analytics in general? Try your hand at this free introductory five-day short course. And, for even more resources, check out the following: