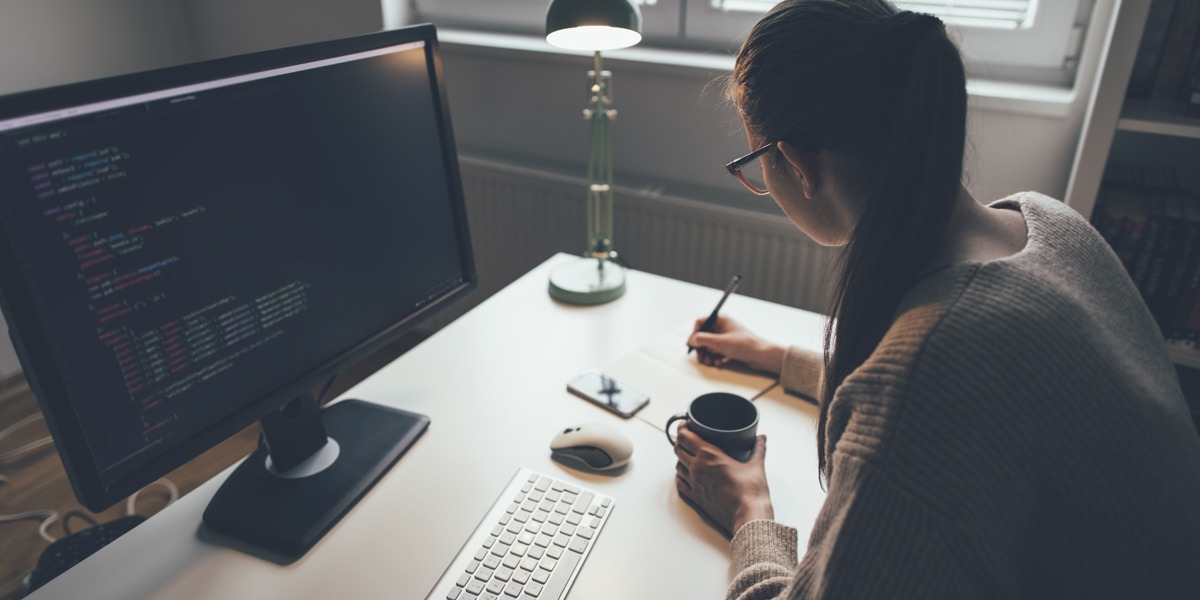 One of the best-established programming languages of the Internet age, Python is a great addition to any analyst or programmer’s repertoire. Whether you’re new to programming or simply want to broaden your skills, Python is a good place to start.

In this blog post, we’ll cover all the basic aspects of Python, breaking topics down into the following bite-sized chunks:

Ready? Then let’s get going.

Let’s start with the absolute basics.

Python’s creator, Guido Van Rossum, first released the language in 1991 (fun fact: he named it after Monty Python!) Python is now on its third major release, and has enjoyed a recent surge in popularity. Its syntax (the set of rules that govern its structure) focuses on readability and ease of use, making it a great programming language for beginners. That’s also why it’s perfect for rapid prototyping.

While Python was initially used to produce simple scripts, the simplicity and versatility of its code have found a wide range of applications in the digital age. Its applications have grown to include data analytics, web development, machine learning, and more—but we’ll explore these later on.

2. What type of language is Python?

The aim of every computer programming language is to solve computational problems. The ways languages do this can be lumped into different programming styles (known as ‘paradigms’). It’s important to note here that programming paradigms aren’t mutually exclusive, and that one language can fit into multiple paradigms.

This is exactly the case for Python.

In this section we’ll cover some of Python’s main features, helping you to get a better grasp of how it works. We’ll also familiarize you with some of the terms you might encounter as you learn more about Python, and computer programming in general.

Python is a general-purpose programming language

Python is what is known as a general-purpose programming language. Simply, this means it has a wide variety of applications. For instance, it is commonly used for web and software development. However, it is also popular for back-end (or ‘server-side’) programming, data analytics, and for producing system scripts (instructions that tell a computer what to do).

Python is a high-level programming language

Python is a high-level programming language. This means it comes with many operations built-in behind the source code. Using a process known as ‘abstraction’, programmers can hide the majority of what the computer needs to do, making it easier for coders to focus on achieving their desired goal. In contrast, a low-level language requires much more consideration for how a computer ‘thinks’.

While the strengths and limitations of high- and low-level programming are quite nuanced, in general, high-level languages are preferred. They minimize complexity and are more efficient — they’re also easier for beginners to learn.

Python is an imperative programming language

For instance, if you wanted a computer to draw a picture of a dog using an imperative language like Python, you would explain each step of the process, i.e. ‘draw a tail, give it a nose, put two eyes above the nose’, and so on. Meanwhile, using a declarative language (like SQL) you would simply instruct the computer to draw a dog, but the computer would decide how to draw it based on pre-existing algorithms. You can learn more about the differences between imperative and declarative programming here.

As a general-purpose language (see above!), Python supports procedural, functional and object-oriented programming. What does this mean? Without getting into too much detail, the key thing to take away is that each programming paradigm—procedural, object-oriented and functional—is suited to different kinds of projects. As a multi-paradigm programming language, Python’s strength lies in the fact that it can support all three. This gives Python a wider range of applications, and a broader appeal to different types of programmers. Definitely a strength!

Python is an interpreted language

Also known as ‘scripting’ languages, interpreted languages like Python take human-readable code, and put it through an interpreter (a program that executes the code, line by line). By contrast, another type of programming language—compiled languages—must be completely translated into computer-readable code before they are executed.

A helpful way to think of this is to imagine an interpreter at an international conference. Their job is to translate each line of a speech as it is being spoken, so that the foreign delegates can understand. In computer programming, the interpreter plays a similar role—it must take each piece of source code and translate it, one line at a time, into a language that the computer can understand. In this analogy, a compiled language would be more like a translated book, i.e. it needs to be converted from beginning to end before it can be read (in this case, by a machine).

Now that we’ve covered some of Python’s key characteristics, let’s explore how it is used.

3. What is Python used for?

In this section, we’ll briefly cover why Python is so popular, before looking at some real-life applications.

We’ve touched on some of Python’s benefits and features, but here’s a quick reminder of why developers, data analysts and data scientists love using it:

Python was initially developed as a back-end scripting language, used to automate ‘mundane’ behind-the-scenes tasks. While scripts have grown more sophisticated over the years, Python remains popular. It can be used to write scripts in a fraction of the time it would take to do so using a more complex language. Today, Python is used to automate everything from web searches and content downloads, to completing online forms, and sending emails.

Python is also a popular language among web developers. Google, Instagram, and reddit are all examples of sites built using Python. Thanks to Django and Flask, two extensive Python web frameworks (which are foundation platforms on which software can be built), Python web development is a relatively straightforward process. Django is one of the most well-known web frameworks in existence, providing a robust architecture of free reusable code.

Astronomers, biologists, and neuroscientists all use Python. Even organizations like CERN and NASA…pretty cool, huh? Better yet, thanks to an enthusiastic and active community, Python boasts an almost endless pool of third-party libraries. These include general data manipulation tools, such as Pandas, to niche frameworks like PsychoPy (used within experimental psychology). Python is also easily scalable—on the most basic level, it can output data in a simple .csv file. However, it can also produce formats suited to ingestion by a variety of more complex systems.

Within machine learning, Python is used for everything from speech and image recognition, to the algorithms used by companies like Netflix. It is even used within the financial sector, most notably as the architecture behind the New York Stock Exchange. This is testament to its reliability and security. There are a huge range of Python machine learning libraries available, such as TensorFlow—a high-level neural network library. Python’s uses in the area of AI are only going to grow.

Developers have been using Python to create graphic user interfaces (GUI) for quite some time. However, with a range of Python 3D animation packages available, it has also found applications in computer gaming and special effects. Libraries available for budding game developers include PyGame, PySoy, and PyKyra. The digital special effects house ILM (whose work has appeared in all the recent Star Wars and Marvel films) also uses Python.

You can learn more about what Python is used for in this guide. 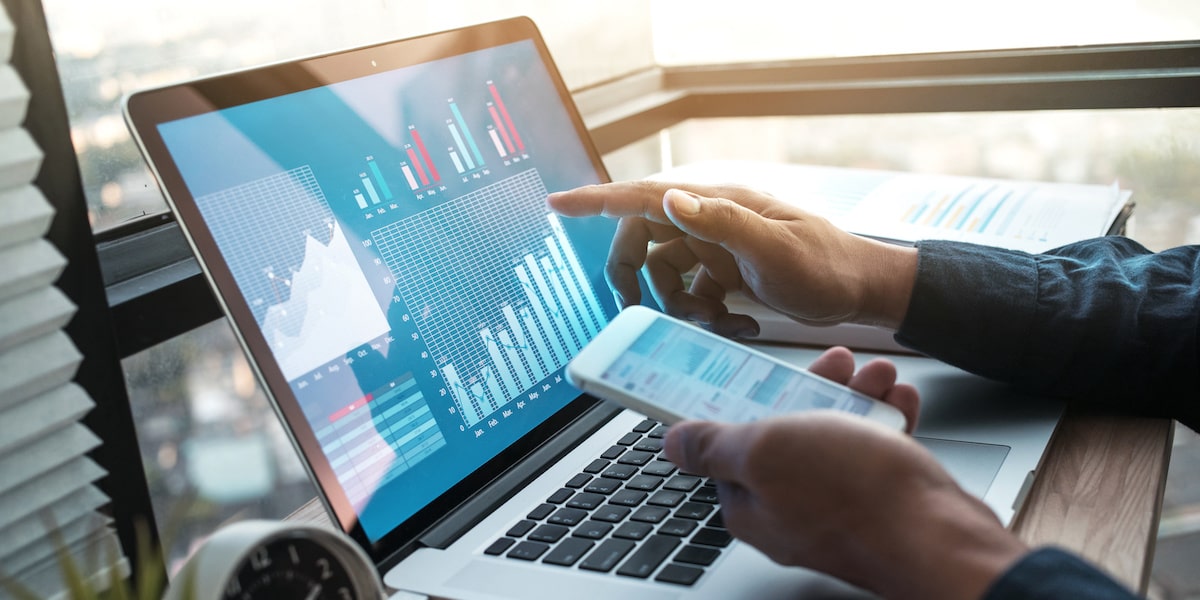 4. Is Python a good language to learn?

Python is an excellent language for beginners. Its straightforward syntax is relatively intuitive, making it far less complex to learn than some computer programming languages. What’s more, its range of third-party libraries is easily accessible through the Python Package Index (PyPI). PyPI contains over 70,000 libraries of reusable, open-source code, which can be adapted for any number of purposes.

For those dipping a toe into computer programming, Python’s level of abstraction (keeping only the most important information, in order to make it easier to reuse) is highly beneficial.

More experienced coders will find much to like about Python, too. While some argue that it is a little slow during execution, this is more than made up for in productivity time. A highly succinct and expressive coding language, Python requires much less time, effort and lines of code to perform operations, than more complex, or lower-level languages (such as C).

Finally, Python’s burgeoning community makes it easy to problem solve — and quickly! Now on its third release, and regularly updated, Python is constantly improving with a community that is there to help each other when it’s needed. There is certainly no need to worry about support disappearing any time soon.

As a beginner, the best way to start learning Python is to download the code and to start playing around with it. This will help bring to life the more complex concepts we have touched (such as the different programming styles, or ‘paradigms’).

Before installing, you’ll need to choose a text editor or integrated development environment (IDE) for coding in Python. Many modern computers have Python pre-installed, but if not, the Python Wiki provides clear instructions on how to download and install Python for Windows, Mac, and Linux systems. And it is completely free!

Once you’ve picked a text editor and downloaded the language, a sensible starting point is to check out the Python Standard Library, or to play with some sample code.

If you’re completely new to programming, the Python website offers an extensive range of documentation to help you learn about the language and its applications. This includes the Python beginner’s tutorial. You might also find it useful to seek support from an online community. As a starting point, we recommend the Python Internet Relay Chat, or Stack Overflow—both of which are excellent options for getting your queries answered quickly.

And if you’re really enthusiastic, there are tonnes of Python conferences and workshops to attend. These take place regularly, all over the world. You can find an extensive list of workshops and conferences on the Python website.

For a more thorough look at how to learn Python, check out this step-by-step guide.

6. What are the best courses for learning Python?

While you’ll find countless Python courses and tutorials online, here’s a small handful of beginner courses to get you started:

As you get to grips with the language, you’ll also get a better feel for its potential applications. Then you can start broadening your expertise. For a good overview of the courses that are available, check out this round-up of the best data bootcamps for learning Python.

As we’ve shown, Python’s uses are extremely broad, and it has many benefits as a computer programming language:

Beyond the basics, you’ll find a huge amount to learn about Python online, and plenty of resources to help you explore. However, be sure to balance learning with playing around with the language. After all, the most important thing is to have fun!

Want to learn more about the skills and tools you’ll need to become a data analyst? Try out this free introductory data analytics short course, and be sure to check out some additional blog posts: