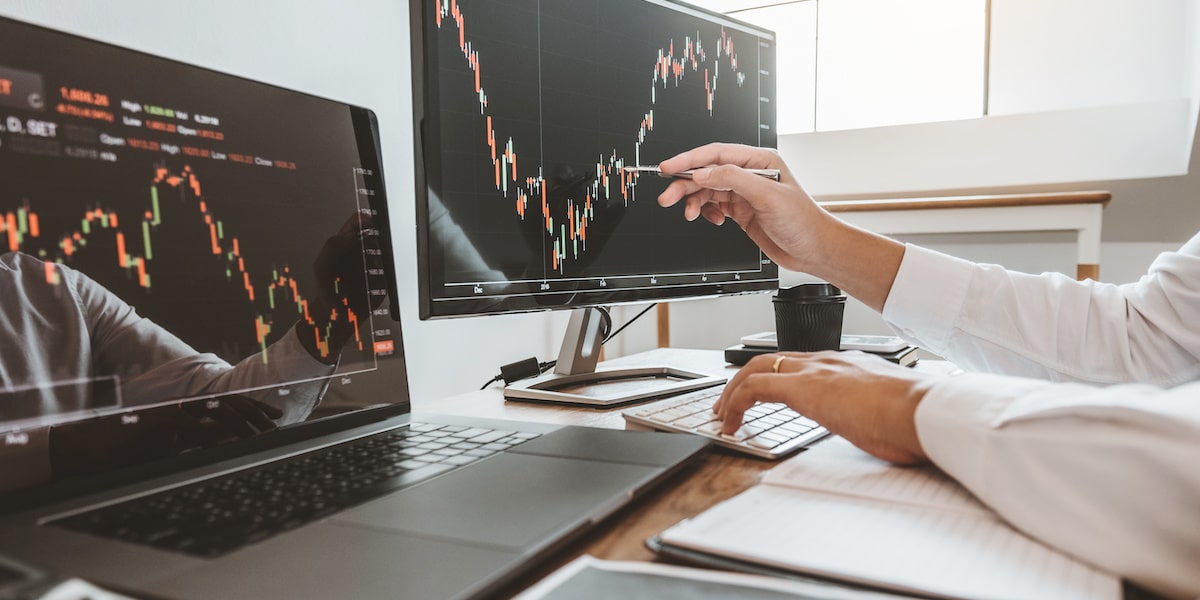 Whether you’re a data scientist or not, you’ve probably interacted with time series data at some point in your life. In plain language, time series data is simply a dataset that tracks a single point of data over time; everything from weather records to stock prices qualify as time series data. If you work in data science, it’s essential to learn this type of data sequence that’s so pervasive across industries and in our daily lives.

In this article, we’ll walk you through the basics of time series data, how it’s analyzed, and various real-life examples. Here’s what we’ll cover:

1. What is time series data?

Time series exist all around us—in both data science and in the everyday world. At its essence, time series data is data that is recorded over regular intervals or time periods. Any non-stationary value that is dependent on time can be part of a time series.

As a data analyst, you can use time series data to discover underlying trends or causes of certain patterns over time.

If the concept sounds familiar, that’s because you’ve probably referred to time series data in your everyday life without even knowing it! Whether you’ve used a smartwatch to track your steps over a period of a week, or written your expenses every day over a month, you’ve successfully recorded time series data.

2. What are the components of time series data?

Any time series dataset can include one or more of the following four components:

By identifying these components within a dataset, you can perform transformations and adjustments—one of the most common of which is seasonal adjustments—that lead to more accurate forecasting (which we’ll explore later in this article).

3. What are irregular time series?

When values are gathered at equal and consistent time intervals, the time series is referred to as regular.

But when the measurements are gathered at unpredictable and irregular intervals, the time series is referred to as irregular. For example, a sensor on a phone records information only when the device is picked up, or an ATM logs withdrawals as they occur. These are both examples of irregular time series data. While challenging, it is still possible to model irregular time series data using various methods like neural ordinary differential equation models or interpolation networks.

4. What are some examples of time series data?

Our personal and work lives are rife with examples of time series data.

In the world of business, for one, entrepreneurs track changes in profits, returns, or sales over a year. If you work in investing, on the other hand, you might keep a record of GDP, earnings, or stock prices.

Perhaps some of the most common examples of time series today are: daily stock prices, daily temperatures, the number of people vaccinated on a given day, or the percentage of people unemployed in a given month.

5. What is the difference between time series data and cross-sectional data?

It’s easy to spot a time series, as it consists of just two elements: a time period that is equal and clearly defined, and a single value tracked at the end of each of those time periods.

Of course, it’s also possible to combine time series data and cross-sectional data. Such a new dataset is referred to as panel data. With panel data you could, for example, track the effect of social benefits on unemployment over a period of time.

6. What is time series analysis used for?

Generally, time series analysis consists of observing data points and all their variations (or components) across a period of time.

By observing past data, analysts can make intelligent conclusions regarding behavior across industries, including business, finance, real estate, and retail, then use that information to make future decisions (also known as time series forecasting).

Time series analysis can be used to:

Time series analysis can be especially conducive for anyone working in a role that necessitates making decisions and planning policies.

7. What is time series forecasting?

Time series forecasting is a type of time series analysis that looks at historical data to choose a model for forecasting future data. The more holistic the data, the more accurate the forecast will be.

If you’re new to the world of data, we can recommend trying your hand at a free, 5-day introductory data analytics short course. Keen to learn more about data analytics? Check out these guides: