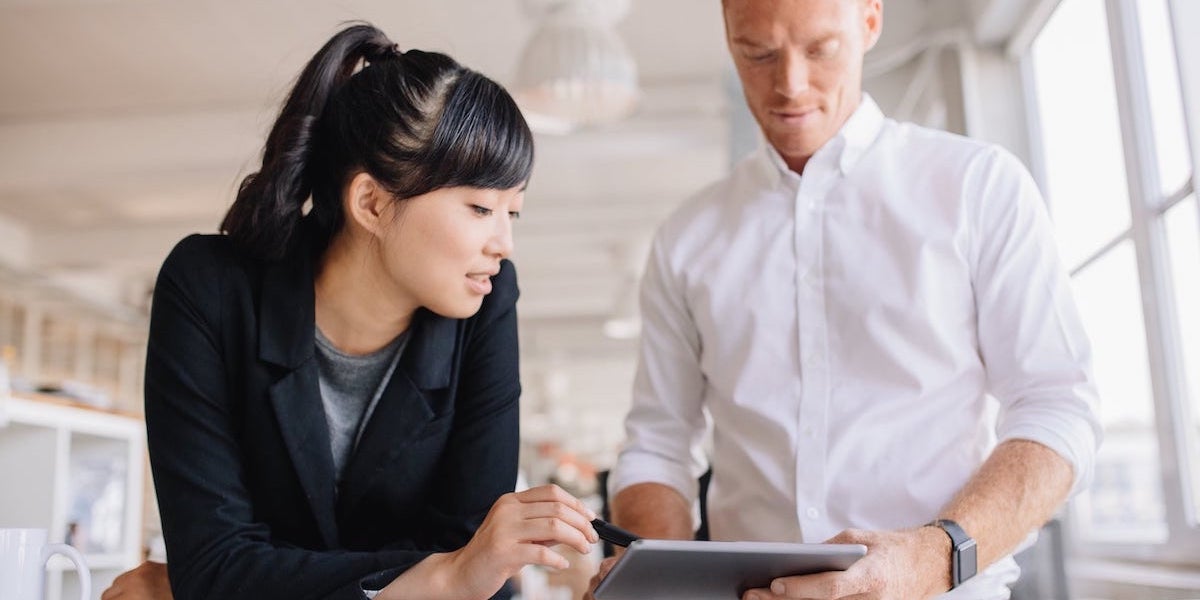 So you’re considering a career in UI design. You’ve read extensively about what a user interface (UI) designer does, and you’re familiar with the skills required. It sounds like an exciting career path, but you’re wondering if it’s a wise choice. Are UI designers really in demand?

Before you commit to becoming a UI designer, it’s important to get an idea of the industry that awaits you. In this guide, we’ll explore why the role of the UI designer is so important and consider whether or not UI design is a good career choice. We’ll also look at the current industry demand for UI designers, including salary.

We’ve divided our guide into the following sections:

So, are UI designers in demand? Let’s find out.

1. Why do we need user interface designers?

As of January 2020, there were over 1.94 billion websites in existence. There are currently over 4 million mobile apps available for download on Android and iOS combined. Globally, more than 4 billion people are using the internet.

Who is responsible for designing the visual, interactive elements for all of these websites and apps? Who makes sure that they not only look great, but are accessible, inclusive, and intuitive?

You guessed it: UI designers!

We need UI designers to make the web (and pretty much all kinds of technology) both aesthetically pleasing and user-friendly for all. But what makes the role of the UI designer so important? Let’s take a closer look.

UI designers create all the screens and touchpoints the user encounters when interacting with a digital product. They take care of everything from color and typography to spacing, imagery, buttons, scroll bars, and more.

However, UI designers aren’t just responsible for making things look nice; they think about how the human mind works, using good design to guide the user intuitively around the product. Together with user experience (UX) designers, they ensure a positive experience for the user. In fact, while UX and UI are two separate career paths, there is no such thing as good UX without good UI!

UI designers ensure that technology is accessible and inclusive

UI designers also have a crucial role to play in designing for accessibility and inclusion. They don’t just pick out some pretty colors and add their favorite font; they carefully weigh up what each design choice means for the end user. How can different color combinations be used to create contrast and enhance readability? What color pairings cater to color blindness? How do different cultures perceive different colors?

At the same time, UI designers consider the size and scalability of various UI elements, and whether there is adequate spacing between touchpoints. Is this button going to cause problems for a smartphone user or a user with reduced dexterity? Can the user enlarge or magnify this particular element if they need to?

And that’s just the tip of the inclusive design iceberg—you can learn more in this guide to accessibility in UI design.

UI design is a driver of business success

It’s no secret that design-led companies outperform their competitors, and we’re increasingly hearing how designers are making their way into corporate boardrooms. The reality is, design can make or break the success of a product—and this includes how the interface looks and behaves.

Imagine you’re deciding between two very similar apps. They both offer the same functions and features, and they’re both the same price. However, the UI of the first app is rather problematic: the text is difficult to read due to poor color contrast (think gold text on a beige background), and the buttons are all squished together so you keep hitting the wrong one by mistake. The second app, on the other hand, is extremely intuitive and easy on the eye. Everything is clearly legible, and you immediately know how to navigate the app without a second thought. Of course, you choose the app with the superior UI. Consumers enjoy—and expect—well-designed products, so businesses need good UI designers on board. It’s as simple as that!

Can you imagine a world without UI designers? What would all those billions of websites and apps look like, and how would they behave? It doesn’t bear thinking about…

There’s no simple “yes” or “no” answer to this question; it all depends on your personal interests and career goals. As you’re reading this article, we’ll assume that you’ve already researched UI design in detail and decided that it’s something you could definitely be passionate about.

So what can you expect from a career in UI? Let’s take a look:

These are just some of the highlights of working in the UI design field—we haven’t even touched upon job security and salary yet! So without further ado, let’s get to that all-important question: Are UI designers in demand?

3. Are UI designers in demand?

If you’re considering a career in UI design, you want to know what kind of job security the industry can offer. While it’s difficult to put an exact number on it, you’ll be pleased to know that “UI designer” ranks third on this list of the 19 most in-demand digital creative talent for 2019. Interestingly, the top spot on the list is occupied by “digital product designer”—a role that also incorporates user interface design.

At the time of writing, there are around 5,900 job listings associated with the search term “user interface designer” on indeed.com (in the US). A similar search on Glassdoor and LinkedIn brings up around 5,500 and 1,500 job ads respectively.

How much will I earn as a UI designer?

According to Glassdoor, the national average salary for a user interface designer is $80,450 per year in the United States. This is based on over 1,000 salaries submitted by people with this job title.

We’ve covered this topic in more detail in our UI designer salary guide, including a snapshot of UI designer salaries around the world, as well as tips on how to boost your earning potential as a UI designer and how to handle your first salary negotiation in the industry.

How can I work out the demand and salary for my particular skill level and location?

Of course, the demand for UI designers will vary depending on your location and your skillset—as will the salary. There’s a simple method you can use to get an idea of the industry in your local area: just go to Glassdoor, Indeed, or LinkedIn (or any other job sites you like to use!) and search for “user interface designer” plus your nearest city. Check out PayScale for a more tailored salary outlook based on your location and experience level.

In the age of digitalization, UI designers are more important than ever. With the rise of voice technology, artificial intelligence, VR, AR, and big data, UI designers have a critical role to play in ensuring that technology is accessible, inclusive, and just generally delightful.

In all, UI design is an exciting career path that offers flexibility, variety, and the chance to make an impact—with job security and a decent salary on top. What are you waiting for?!

If you’d like to learn more about starting a career as a UI designer, here are some resources that you’ll find helpful :