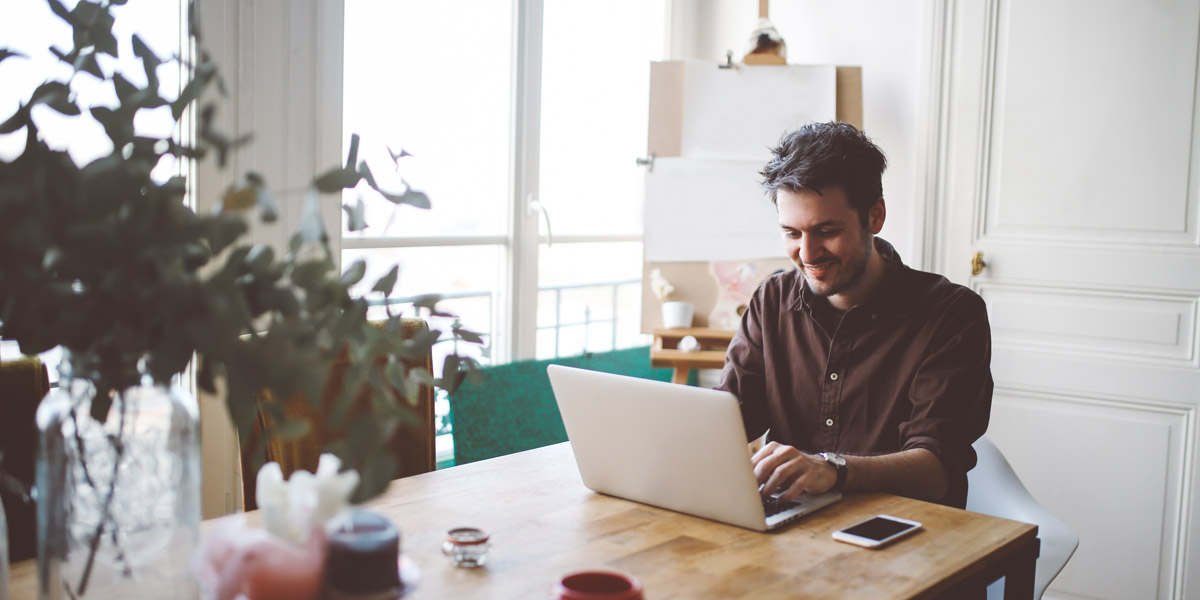 “To be honest, I don’t see UI design as a career. Creativity has that power to consume. It’s essentially part of your makeup. You can’t really switch it off.”

CareerFoundry’s team of highly sought-after UI Design mentors are all professionals with extensive backgrounds in digital design. Daryl Campbell is one such mentor - hailing from Belfast, Northern Ireland, and holding a first-class Honours Degree in Visual Communications and a Masters in Applied Arts, Daryl has over 16 years experience in design.

Throughout his accomplished career Daryl has honed a variety of technical skills, however his origins were more creative than strictly technical. Beginning with illustration and later developing an interest in fine art drawing was always Daryl’s ultimate passion. From a very young age he knew that he wanted to go to Art College:

“I loved drawing and creating and couldn’t think of anything else I wanted to do, at that time I only thought about being an artist though, I wasn’t exposed to design or computers coming from a working-class family in Belfast”

Yet unknown to 13-year old Daryl, the study of design was already affecting him; collecting stamps and admiring NFL team logos was where he gained an eye for colour, layout, symmetry and “all the good stuff that makes design interesting!”

Daryl’s interest in design came largely from the realisation that fine art would be a challenging area to forge a well-paid career in. Fusing together his passion for art with the fast-moving progress of information technology proved to be a step in the right direction. The dawn of the internet showed him the power of being able to publish artwork online that could be viewed by someone else on the other other side of the world.

Although the internet was still in its infancy, with Daryl and his peers only starting to use email and browse the web, it was already clear that the web could be harnessed as a tool to provide Daryl with a platform to showcase his work and garner some free publicity. Gradually the internet became his sole focus. Learning HTML, CSS and Flash meant a journey of self-discovery; due in part to the fact there was not yet anyone qualified to teach these skills:

“A passion for self-learning, experimentation and a never-give-up attitude helped me to learn some of the technologies. I loved the wild-west nature of design on the web during these early times.” 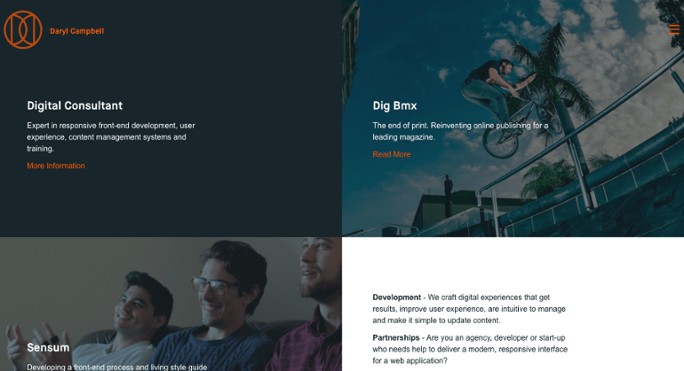 As the fields of UI and UX were not defined at this stage, Daryl did not follow a set path. Initially working in various agencies as an Art Director or Creative Director, for the last ten years he has been working as a freelancer, incorporating everything from branding, illustration, print design, animation, UI and UX design.

Daryl believes it’s this multi-faceted approach that makes him a better designer and has recently lead him to add another element to his design vocation: mentoring three UI students with CareerFoundry.

Passing on knowledge has always been important to Daryl; working alongside young people, feeding off their enthusiasm and helping them achieve their goals. Having sought mentoring experiences in the past but finding them lacking -“working as a visiting lecturer in university…this environment was too slow and backward, not based enough on practical application”- brought Daryl to work alongside CareerFoundry.

Daryl enjoys having the opportunity to mentor students whilst also having the time to pursue his own work. Both Daryl and CareerFoundry are of the belief that the best mentors are those who are currently working in the industry, thereby remaining up to date with contemporary best practices and having the relevant insight to pass on to their students.

This ability to share insights with the next generation of UI designers is something Daryl excels at. What advice does he give his students and where does he find his inspiration?

“Immerse yourself in design and take inspiration from all different types of disciplines like product design, architecture, nature. It’s a fascinating, exciting area to be involved in with a lot of potential for the future. Never give up and always keep learning new things.”

Daryl frequently mentions this determination to learn and how it has steered his success; with a strong belief in himself and a refusal to give up. This strength of character is something that is to be admired and will be inspirational to future students lucky enough to have him as mentor.

Students often struggle with their fear of changing career and Daryl is well aware of their concerns: “people start to freeze and believe it is beyond their abilities”. Different mentors have different suggestions to help their students remain committed to changing their lives; Daryl’s mantra is to instil a ‘never say die’ attitude:

“Always believing in [my students] and pushing them forward is a mentor’s role. I think if a mentor can do this anyone can learn anything new.”

Daryl cites the most rewarding part of being a mentor as watching his students progressing whilst being able to assist them through the course. Like many of the mentors we speak with, he enjoys inspiring others and helping students keep their goals in focus. He speaks from his own experience learning UI design:

“I always surrounded myself with those mentors who thought outside the box and would push me to do something new and unique, to build on my own ideas.”

Daryl has come full circle and now a mentor himself, is harnessing the power of the internet to change people’s lives across the world. His interest in developments in technology comes across strongly when discussing online education. We are thrilled that CareerFoundry, like Daryl, can help people combine their creativity alongside their love of the digital world:

“The web is the greatest educational tool which has ever been available, if you hit a problem you can be sure there is a solution somewhere.” 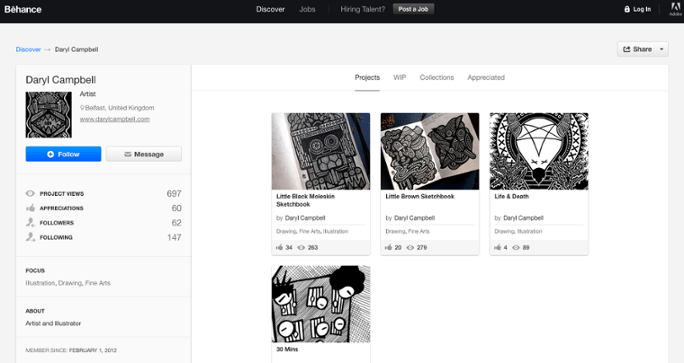 If the internet is able to provide answers to any question, then Daryl believes that the most important criterion for learning new things is having an inquisitive nature. Daryl excitedly tells us that nowadays:

“There is a huge amount of material available online so you really are spoilt for choice.” He recommends those who are interested should read Smashing Magazine, A List Apart, Behance and Dribble, “these are great for visual inspiration and I love keeping an eye out on Product Hunt for new and interesting tools.”

With so many places to find inspiration, what is driving Daryl’s creativity these days? Alongside another developer he has co-founded a startup called Showreel.

“I think as a whole technology is wrestling control away from large organisations and back into the hands of the people, this is the new revolution and will hopefully lead to more equality in the field.”

Working together Daryl and his co-founder want to launch a product which will enable video professionals to create an online, responsive portfolio using predefined themes. The system is purpose-built to deal with portfolios that require video to be the central focus, he told us: “It’s quite a niche product but something I don’t think is catered for very well at the moment”.

For more information about Daryl and his latest project check out Showreel. With mentors as determined and creative as Daryl we are convinced that enrolling in CareerFoundry’s UI Design Course will be a challenge well worth undertaking!

Anne is a Mentor Experience Specialist at CareerFoundry. Originally from London, she spent many years living and working in South East Asia. She loves vintage clothes, writing about magical creatures and cycling around Berlin.