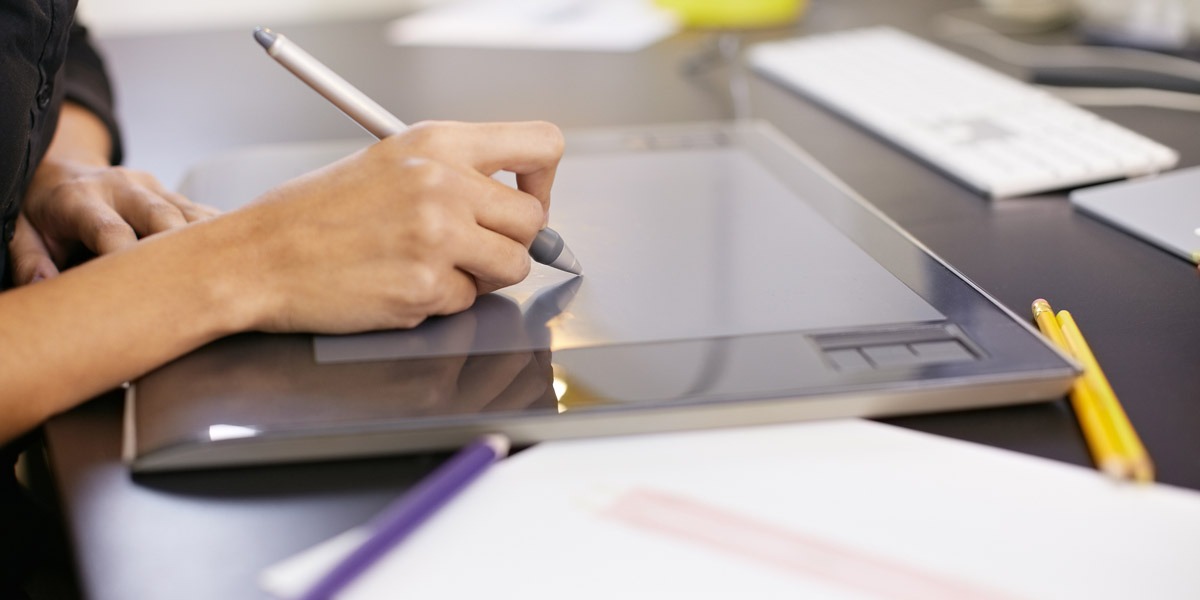 There are many factors to consider when changing careers — such as what skills you need and what kinds of tasks will be involved.

Then, of course, there’s the question of money. In a survey carried out by Career Zoo, salary was ranked as the most influential factor when considering a new job.

If you’re thinking about a career in UI design, you’ll naturally want to gauge your earning potential. However, before we start talking figures, it’s important to note that your salary will vary depending on location, how much experience you have, and whether you work in-house or freelance.

With that in mind, let’s take a look at how much you could earn as a user interface designer.

UI Designer Salaries Around The World (2021)

To give you an idea of your earning potential, we’ve done some research into the average UI designer salaries in various parts of the world, using data provided by Glassdoor, Indeed and PayScale. For ease of comparison, we’ve listed these averages in both the local currency and in US dollars (updated in 2021). 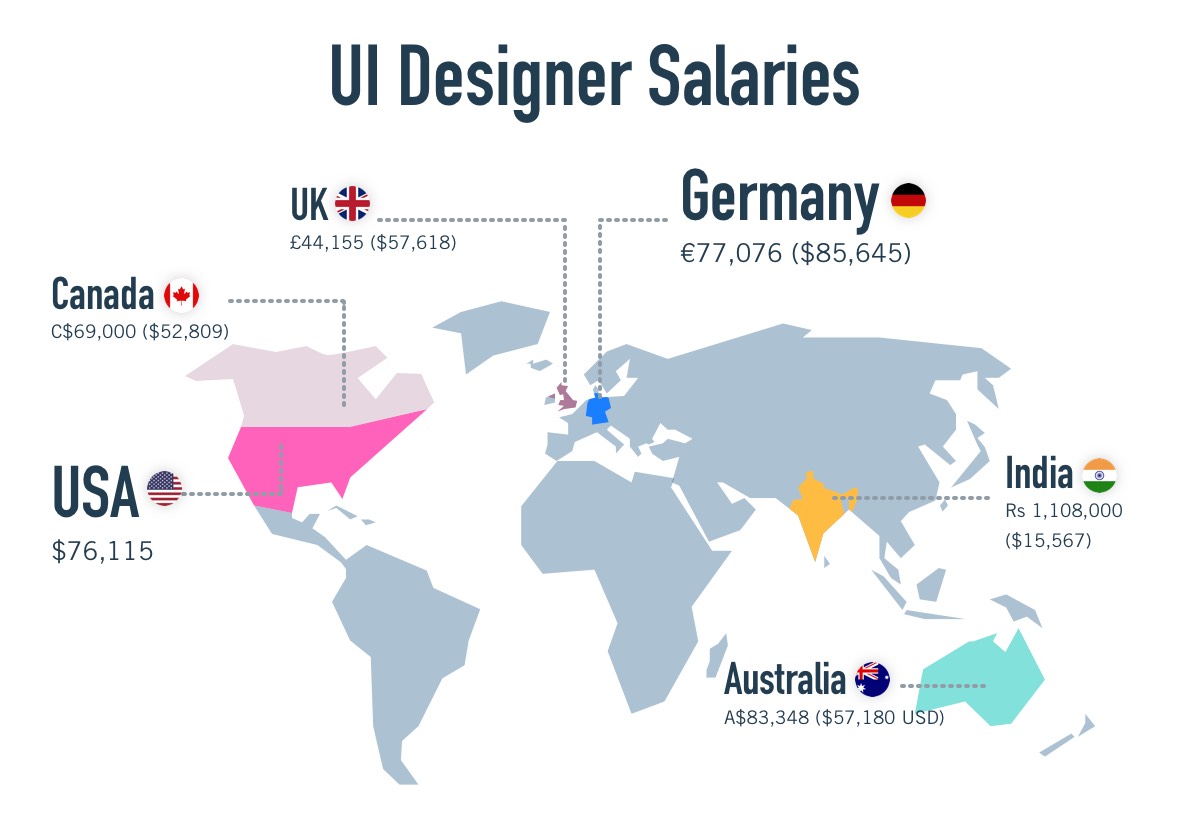 This is just a snapshot: exact salary information is somewhat hard to come by within the industry, and your actual salary may fall below or above these figures depending on what stage you’re at in your career and the exact skills you bring to the table. However, this serves as a great benchmark — especially if you’re new to the field.

Next, we’ll look at how to approach your first salary negotiation in the UI design industry.

How to Handle Your First Salary Negotiation

So you’re applying for your first UI design job, or perhaps you’ve already got an interview. With little to no experience in the UI job market, you’re not sure where to pitch your salary expectations.

This is a common conundrum in any industry, but fear not. With a bit of research, you can come prepared with a ballpark figure in mind.

Sites like Glassdoor and PayScale can help you suss out your worth in your chosen industry. If you’re interviewing for a specific position (such as junior UI designer), research the job title based on your location. You can see what other people with this job title earn and, together with our salary snapshot, start to gauge what a reasonable figure might be.

If you’re in a position to do so, it can also be really helpful to talk to others in the industry. Discussing salaries may not be the done thing, but if you know an experienced UI designer, they might be happy to tell you what salary they started on — or at least to advise you on the kind of figure you could aim for.

Whether you’re just starting out or you’re already working in UI design, salary negotiation is an important skill to learn. Want to brush up? Check out this guide: When and how to ask for a raise (a guide for designers).

How to Boost Your Earning Potential as a UI Designer

The great thing about UI design is that there’s plenty of potential to upskill and branch out — which may bump up your earning potential.

While UI and UX are very separate roles, it’s not uncommon for employers to advertise for UX/UI designers in one. If UX is something you’re also interested in, acquiring some additional skills may increase your value in terms of salary. We’re also gradually seeing more hybrid job titles appearing on the market, such as that of UI developer, which requires both classic UI design skills and knowledge of frontend web development and programming languages. As you gain more experience within the industry, you might decide to move into such hybrid roles — and can naturally expect to be paid more.

However, you don’t necessarily need to master every single industry skill in order to earn a decent wage as a UI designer. When you’re just starting out, a solid portfolio will help you to demonstrate the skills that employers are looking for and thus prove testament to your value as a UI designer. With the CareerFoundry UI design program, you’ll work on your portfolio throughout — so even with no previous industry experience, you can confidently compete for an entry-level position and the salary that comes with it.

If you’re considering a career in UI design, you’ll be pleased to know that there are plenty of perks besides the money. UI designer recently ranked 5th on a Glassdoor list of jobs with the best work-life balance, and in today’s increasingly tech-centric world, you can be sure that it’s a secure career choice.

Hopefully you now have an idea of the kind of salary you can expect as a UI designer. To find out more about breaking into the industry, read our post on how to become a UI designer of check out any of these guides: