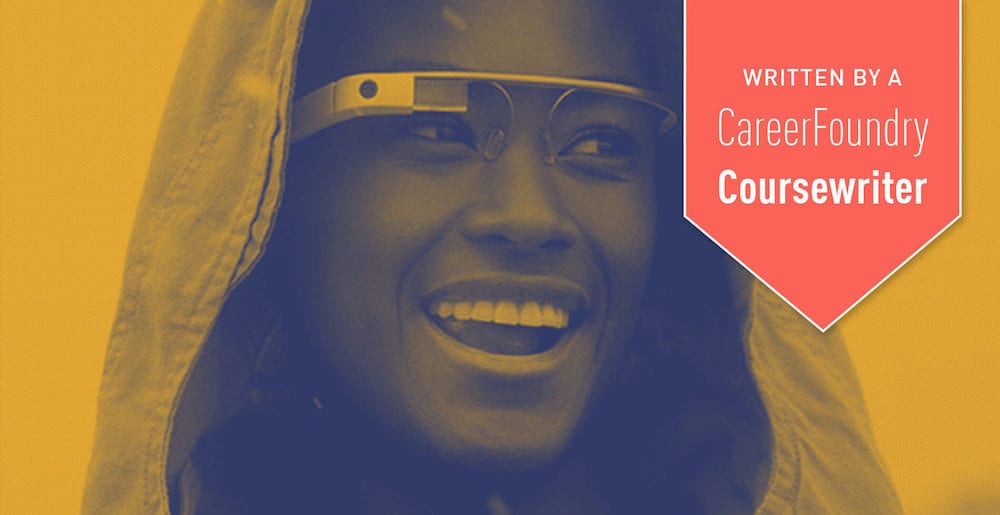 What if user interfaces were no longer trapped within a screen and were instead integrated into your everyday life? Imagine a future where interfaces are personalized to your needs and can appear anywhere. A future where you actually converse with computers rather than poking letters on a screen.

This is the promise of some of today’s most exciting technologies. And as someone who has worked in UI Design for the last decade and taught a course on the topic, I’m excited to see how close we’re coming to a more immersive interactive future.

Let’s explore the huge shifts emerging in the way humans interact with computers. 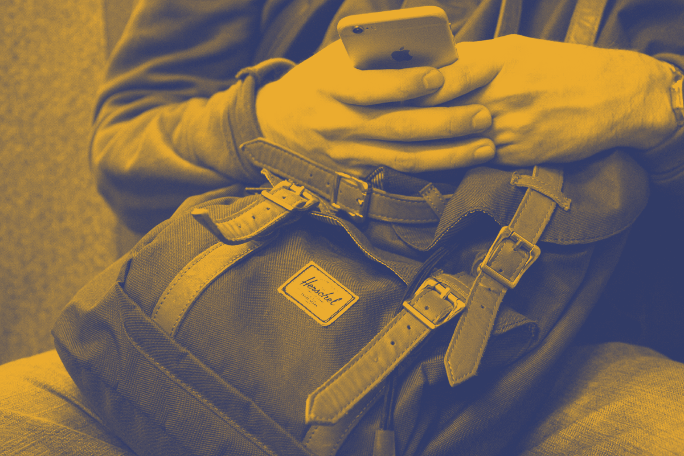 Human-Computer Interaction: Where We Are Now

There’s no doubt that the way we interact with computers has changed drastically over the last decade. And if you’re thinking about becoming a UI designer you’re probably especially aware how much smartphones and tablets have paved the way for tons of new and unique interactions between humans and computers.

The amount of computing power in your smartphone is truly astounding. For perspective, your mobile device has more computer power than all of NASA back in 1969, when it placed two astronauts on the moon.

These portable devices have enabled all sorts of amazing new human-computer interactions, all in the palm of your hand.

Check out this video of a baby who, after using an iPad, where tapping and pinching is commonplace, tries to use the same technique on a magazine. It’s as powerful an image as it is just downright cute.

Voice is another type of interaction that is on the rise. Programs like Apple’s Siri are making it possible to set appointments, search the internet, set timers and other simple tasks using only your voice. The potential of this type of human-computer interaction is absolutely huge, but we’ve still got a long way to go.

We’re also on the cusp of some amazing advancements in VR. The Oculus Rift, which first came on the scene in 2012, has promised the first truly immersive virtual reality experience in a headset.

I’ve had the pleasure of playing with the Oculus a couple of times over the years. On one occasion I played a crude game where the object was to punch sharks in the face. It was called, you guessed it, Shark Punching. The Oculus was hooked up to a Leap Motion controller, which allowed me to literally flail my hands in real life, which translated to hooks and jabs in the game world. The setup was rough and impromptu, but it was also one of the most immersive gaming experiences I’ve ever had.

Wearables have been coming into the spotlight as well. I can’t even count the amount of exercise wristbands on the market. And, with the Apple Watch coming onto the scene, competition is bound to start heating up as these devices become smaller, more featured and more stylish.

What the future holds

Voice interaction is going to go way beyond setting appointments and surfing the web. It’s predicted that, in the next 5 years, adoption rate of speech recognition will be over 80%. This makes a lot of sense when you consider how much smaller our screens are getting. With less screen real-estate, interfaces will become much harder to navigate. Touch will likely still be king on mobile for a long time to come, however, voice certainly promises a deeper and more ubiquitous method for interacting with our devices.

As a UI designer, the key here will be staying up to date with new voice-guided apps and technologies as they enter the market. 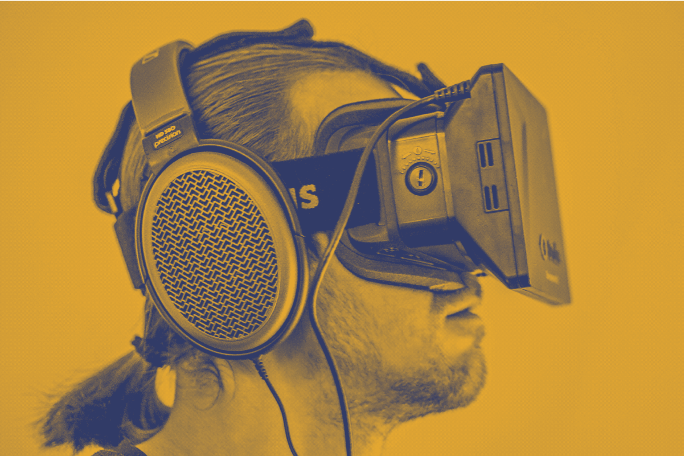 The VR (virtual-reality) landscape is going to look a lot more interesting in the next decade.

With Facebook’s purchase of Oculus and Microsoft entering the VR arena with HoloLens, the competition is really starting to heat up.

These headsets might eventually render TVs obsolete. After all, why would you watch your favorite football team through a rectangle box when you could have them projected into your living room.

This is all great news for designers.

This new technology will come with a completely new set of human-computer interactions.

Imagine a crowded coffee shop without a single laptop. Instead, everyone is wearing a headset. And instead of tapping and clicking, they might be waving their hands around and pinching thin air. It might look a bit silly at first, but over time this could be completely normal.

Once these headsets become commonplace, augmented reality will truly come into it’s own. Imagine looking at a restaurant and seeing it’s menu and yelp rating floating in thin air next to it. Or imagine having your Google Maps directions projected onto the road before your eyes!

These new VR technologies will give rise to so many new and unique interactions, it will truly change the way we design user interfaces and interact with computer systems. Interfaces will no longer be trapped in tiny screens but will instead inhabit our own three dimensional world. In fact, the job of the interface designer and the 3D computer animator will begin to blur together.

The transition will be gradual, but it will be extremely important for UI and UX designers to become familiar with 3D design techniques if they are going to stay relevant in this new VR driven world. 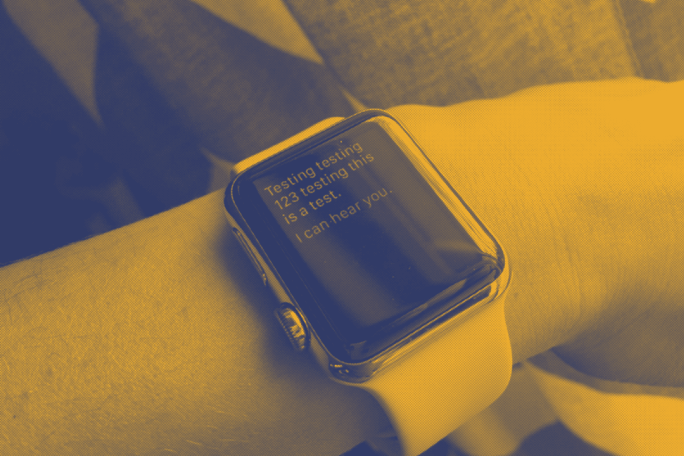 The Apple watch has already introduced some really unique interactions like the digital crown and the ability to view another person’s pulse. In the coming decade, these devices will become cheaper, more functional and less dependant on your phone, which will in turn make them far more adoptable.

That said, the wearables market as we know it might not even exist in the next 20-30 years. The current wearables landscape is filled with smart jewelry, smart watches and even smart shoes. And while these gadgets will have their place in history, they are more-or-less a stopgap.

But what is it a stopgap for? Well, hold on to your butt.

Eventually we will be able to inject this technology directly into our bodies. This means you’ll be able to monitor your most important vital signs without any hardware at all. And just think of all the data. You’ll literally have a consistent and accurate record of all of your vital signs thought your life! The benefits to human health alone could be huge.

But, if this sort of future sends chills down your spine, rest assured that it’s still a long way off. But it is coming.

For now, the wearables market is slowly gaining momentum and there are a lot of new interactions and design patterns that will come from that. So, for now, why not try your hand at designing some cool Apple watch interfaces! 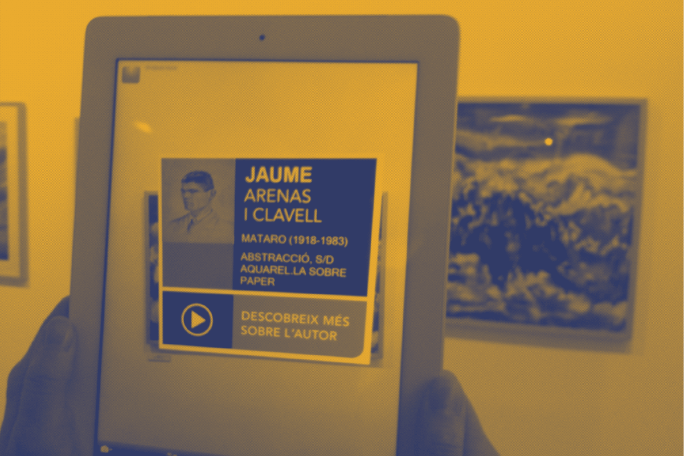 It might be the wild west when it comes to voice, VR and wearables, but these technologies aren’t going anywhere. In fact, they are laying the foundation for a future where humans and computers are tied more closely together than ever before.

For designers, it’ll be super important to keep a close eye on these markets as they develop. Things are certainly going to be changing big time, but the good news is these big changes won’t come overnight. But that doesn’t mean designers can rest on their laurels! Stay on top of new design trends in these sectors and don’t be afraid to dive in and start working with these new computer systems and design patterns. It’s the best way to future proof yourself for this new coming world.

So how do you think human-computer interaction will change over the next 5-10 years? Let us know in the comments section below! And if you’d like to know more about human and computer interaction, take a look at our UI Design Course.

Eric is CareerFoundry’s UI Design Course Lead. He is currently traveling the world making a daily vlog of his adventures!