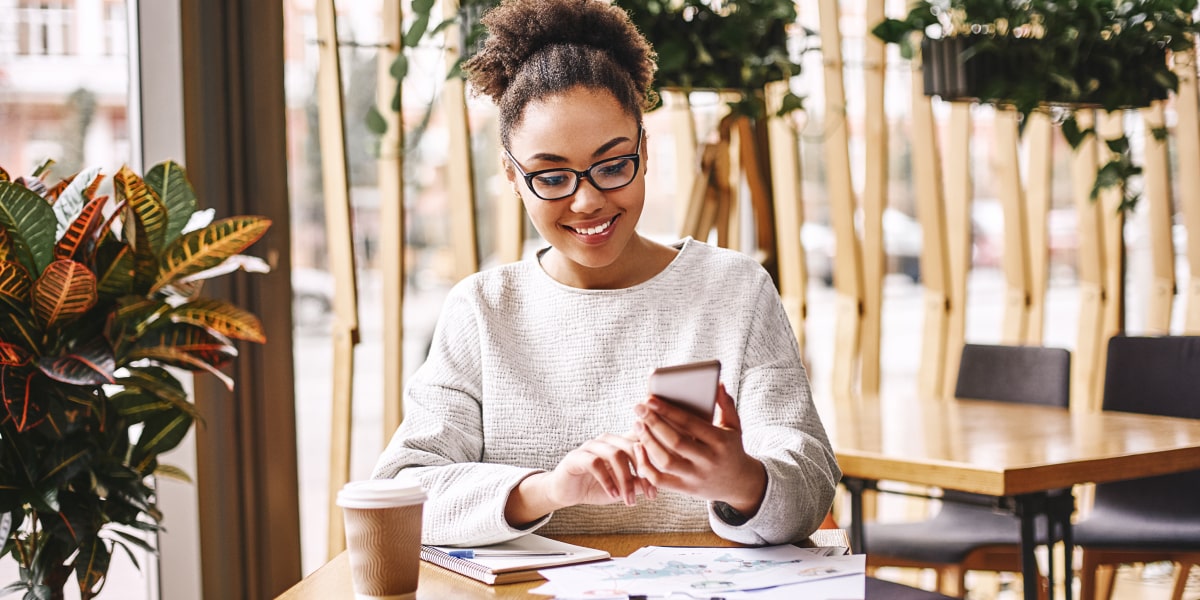 Good question! While the job may bring to mind an image of a Disney or Pixar employee feverishly cranking out drawings while hunched over a desk, the role goes beyond creating entertaining cartoons. Along with drawing and animating, animation designers create visual effects and storyboards, brainstorm for campaigns, edit movies, and more.

Because a simple job description isn’t sufficient to convey the realities of being an animation designer, this article will dive into the many elements surrounding animation design. Here’s what we’ll cover:

Ready to find out more about a career in animation design? Let’s go!

1. What is animation design?

Animation design is the act of creating visual effects and animations for a variety of multimedia, including video games, videos, and digital assets like websites and apps. These effects and animations can be 2D or 3D (CGI) and range from a simple loading icon that indicates something is happening behind the scenes to a full-scale animated video.

2. What does an animation designer actually do?

Animation designers have a lot of different responsibilities which require various skill sets. While they are a significant part of the job, drawing and animating are not the only tasks an animation designer is responsible for. Here’s a brief introduction to their primary duties:

Whether the drawings start on paper and are later scanned into a computer for animating or created digitally from the start, they form the foundations of the actual animations used in multimedia. Animation designers often specialize in either 2D (flat) animations or 3D (CGI) visual imagery, as the animation techniques used for each are quite different.

Once the initial drawing (or model, for 3D animation) is complete, animation designers set about animating it. For 2D projects, this requires drawing each animation frame and mapping it to an individual keyframe in the animation software. The trick is to first divide the animation into key poses (like taking a step) and drawing them first, then filling in the interim frames so the animation runs smoothly and fluidly.

3D animation, on the other hand, requires manipulating an entire “rigged” model on a computer. If you’re creating a 3D animation or visual effect, you adjust different parts of the model to create the illusion of movement.

Animation designers are frequently tasked with storyboarding: the process of visually mapping out an animation sequence in a series of sketches. They often receive scripts or even just vague concepts from directors or clients and need to use their creativity to transform these concepts into concrete ideas for animations.

As an animation designer, you may be part of a large team consisting of other animators, writers, editors, UX designers, and a director—or you could end up wearing several hats yourself. It’s not uncommon for animation designers to help with editing the final animations based on client and director feedback.

You’ll need to hone your creative chops as an animation designer because you’ll be expected to take part in brainstorming sessions to conceptualize ideas. This is often one of the most enjoyable parts of the job for many people, but could hamper your growth and job satisfaction if you feel you lack creative skills.

Along with contributing ideas, animation designers also create quick sketches and mockups based on concepts developed during the sessions. These are pitched to clients or stakeholders and often require a short turnaround time. If you are a perfectionist, you may need to manage your expectations for how long you’ll be able to spend on them.

Because animation designers are often on tight deadlines, they need to learn how to prioritize and juggle multiple projects at once. As such, their days are generally quite busy! So what does an average day for an animation designer look like? 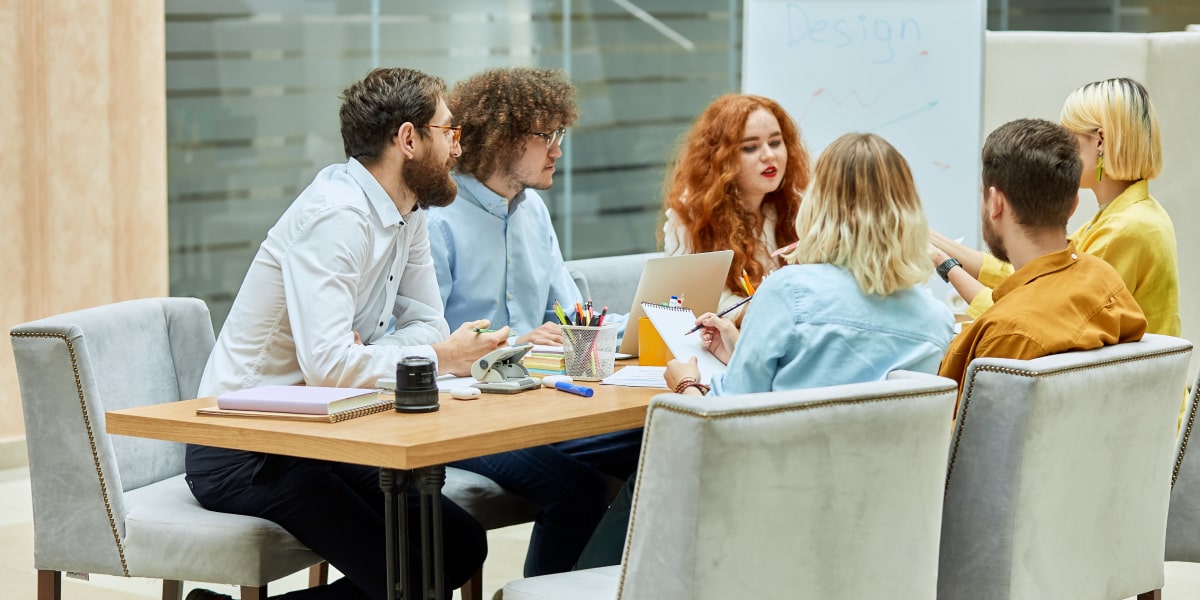 3. What does a day in the life of an animation designer look like?

An animation designer’s daily schedule can vary, but one thing is for certain: long hours are a given! Freelancers are not exempt from this—regardless of how many clients they take on, quick turnarounds and last-minute changes can result in burning the midnight oil or working on weekends. Here’s what a typical day may look like for an animation designer:

Whew! Your schedule as an animation designer will be packed, that’s for sure. Though if you enjoy your job, it will also be incredibly satisfying to be able to use all the skills you’ve picked up through training and on-the-job experience. And just what are those skills? Let’s find out.

4. What skills does an animation designer need?

In today’s complex business environment, it’s highly unlikely that employees will be responsible for just one or two job duties. Animation designers are no different, especially those who work in creative agencies. Though drawing and animation skills are a given, other competencies will well serve animation designers as they go about their day.

Drawing and animation are fundamental skills for an animation designer, no doubt. However, due to the different methods (outlined earlier in the article) used to create 2D and 3D animations, solid drawing skills are far more critical for a 2D animation designer than one who focuses on 3D.

3D animation designers need to be adept at modeling, the process of manipulating vertices (points in space) to create a “mesh.” They’ll need some artistic ability for this, but they don’t spend their time drawing to create animations. However, keep in mind it can be near impossible to be a 3D designer with zero drawing talent; you’ll need drawing skills to create storyboards and concept designs as well.

Finally, you’ll need to be able to replicate a particular style. If you’re working with other animators to create a large-scale animation, everyone’s drawings need to have the same look and feel, or else the final product will look clunky rather than seamless.

If you’re an aspiring animation designer who enjoys spending hours meticulously crafting each frame of an animation, that’s terrific! This fastidious attention to detail is critical for ensuring your animations flow smoothly. However, keep in mind that, in a work context, you’ll be expected to quickly draft multiple loose thumbnail concepts in rapid succession. You’ll have to let go of perfectionist tendencies because these sketches don’t need to be perfect; they just need to be done.

Animation designers generally have a lot on their plate, especially if they work for a creative agency. Being able to prioritize and buckle down to complete the work is essential for success in this field. Don’t be surprised if your boss or a client completely disrupts your day with a last-minute project, edit, or redesign that needs to be completed ASAP. If you get flustered by competing priorities or like to focus on one thing for days at a time, this career path may not be for you!

Give and receive feedback

In a creative environment, it’s inevitable for people to disagree over project elements. Everything from aesthetics to storylines is up for debate, and animation designers need to be able to accept constructive criticism as well as give it to others.

If you’re not expecting it, it can be emotionally challenging to hear less than glowing opinions of your work. But keep in mind that constructive criticism is incredibly helpful for creating an amazing end product. If you provide thoughtful feedback to your colleagues and take feedback well, it will go a long way in helping you and others grow professionally.

Perhaps the most critical skill for an animation designer to possess in spades is patience. It takes obsessive precision to manipulate a 3D model or draft the seemingly endless drawings that comprise an animation to achieve a fluid and seamless end product. Do not underestimate this skill; no matter how proficient you are in other areas, if you lack patience, it will severely undermine your abilities as an animation designer.

As mentioned earlier, animation designers may need to wear a few hats, especially if they are freelancers or work in a small shop. Having the editing chops to be able to refine an animation until it is crisp and perfect is not necessarily essential for success but can definitely come in handy!

You can learn more about the key skills needed to become an animation designer in this guide.

5. What tools do animation designers use?

Animation designers primarily rely on digital software to create their animations. While 2D designers may draft some designs on paper and then scan them in to be digitally manipulated, they’ll execute the animation process exclusively on a computer. If you prefer to draw digitally from the start, there are plenty of software options you can utilize.

Here is a sampling of animation and drawing tools that you may use as an animation designer:

Of course, animation designers are not limited to these tools; there are scads of drawing and animation software not included on this short list. Additionally, good ‘ole fashioned pen and paper are great for initial concepts, and you can use software like Plot or Storyboarder to build your storyboards. The tools an animation designer uses depend on personal preference, training, and the company they work for. You’ll find a complete guide to animation design tools here.

So there you have it! Now you know a bit more about what an animation designer’s job entails, as well as the top skills and tools they utilize. If you like what you’ve read, get started with a free introductory UI design short course, and learn more about the field in the following: