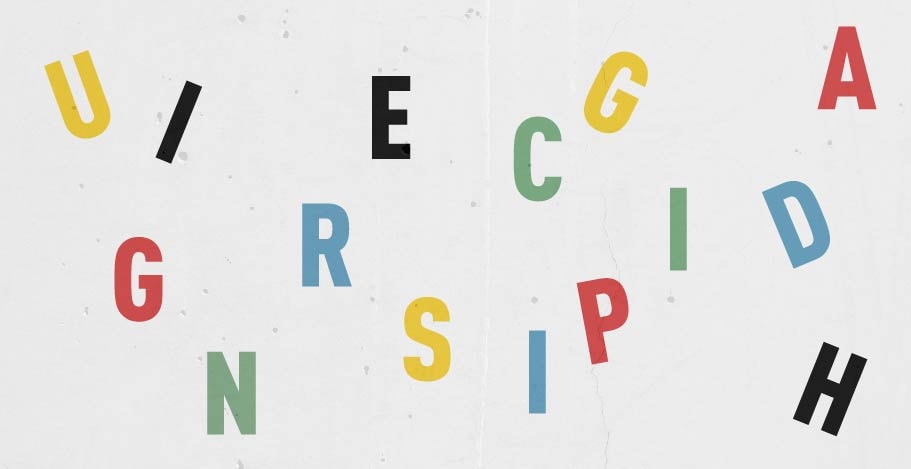 This was likely the most controversial statement I could make while presenting my design portfolio in a room full of painters, drawing instructors and other traditional creatives.

It was during my Senior Exit Review as a graphic design student that I presented my artist’s statement explaining how design is not art. The idea that I wasn’t designing for myself, but instead used design as a way of solving a problem for others, seemed to be a foreign concept to them. While most of the faculty disagreed with me, this was the beginning of figuring out exactly what I would want to be doing in the future.

Fast forward a few years working in graphic design, and now I’m deciding to push my skills further and pursue a career in User Interface Design.

To better understand why I’ve chosen to study UI Design with CareerFoundry, let’s start by looking at the differences between graphic design and user interface (UI) design. 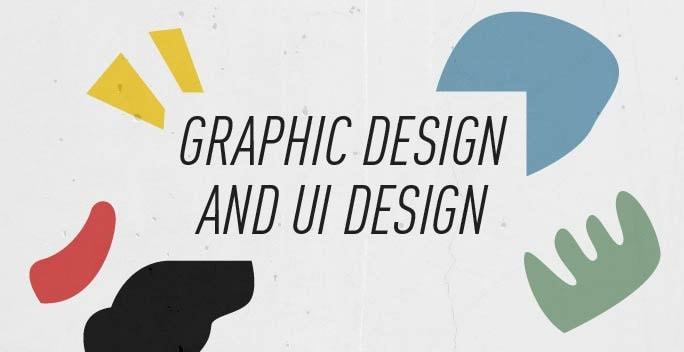 The art and practice of planning and projecting ideas and experiences with visual and textual content. The form of the communication can be physical or virtual, and may include images, words, or graphic forms.

To contrast that, Eric Bieller, the creator of the UI Design Course at CareerFoundry says that:

UI design is focused on the design of the actual interface elements that the user interacts with to accomplish a goal within an application.

To break this down even further, let’s jump into what each designer might be doing during a typical workday. 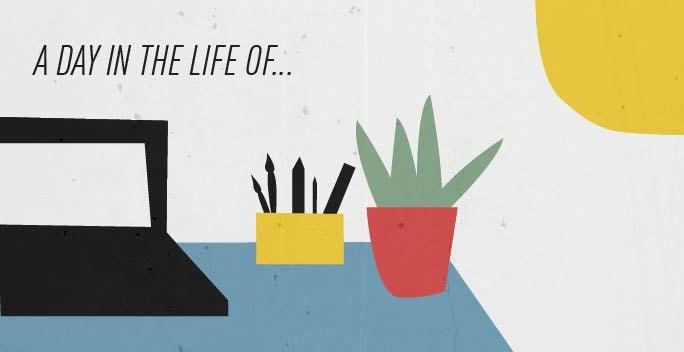 A day in the life of a Graphic Designer

As you can see, a graphic designer’s role is very much focused on the visual representation of a company’s brand both online and in print. 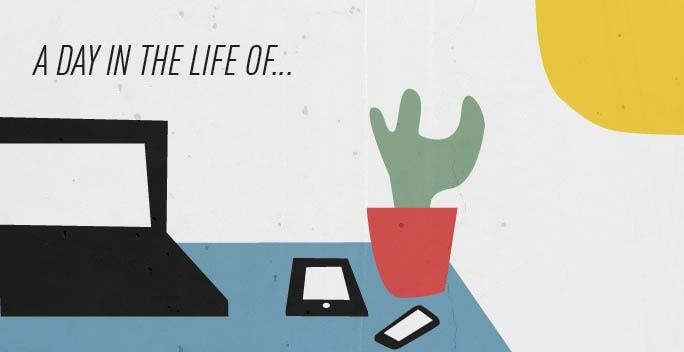 A day in the life of a User Interface Designer

If a designer prefers iterating dozens of logo designs and are in love with publication and layout design, then graphic design might just be the right job for them.

Instead, if they see themselves crafting beautiful products, thinking about user flows, and daydreaming about seeing millions of users interact with their designs on a daily basis, they might want to think about giving UI design a try. 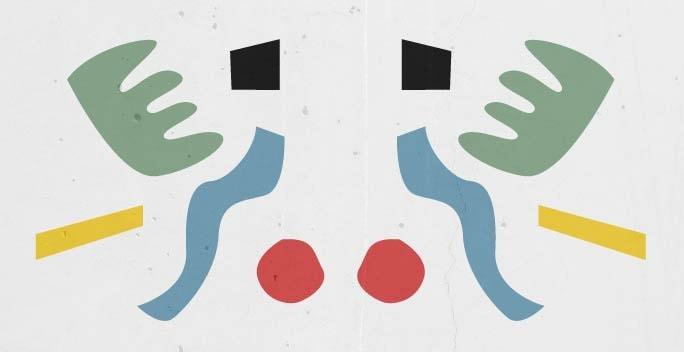 A UI designer has to be driven to keep up to date with the latest trends and design patterns. As design is constantly evolving, designers must be ready to adapt to the changes and challenges faced while designing for new devices.

They see products and designs and instantly think, “How could I make this better?”

They want to make life better for humans, and put the needs of the user in front of their personal preferences when they design.

UI designers get along well with others. They work closely with UX designers and developers in order to ensure that the end designs match everyone’s expectations.

They don’t give up just because they don’t know how to do something. In fact, figuring things out is the reason that they enjoy designing in the first place. 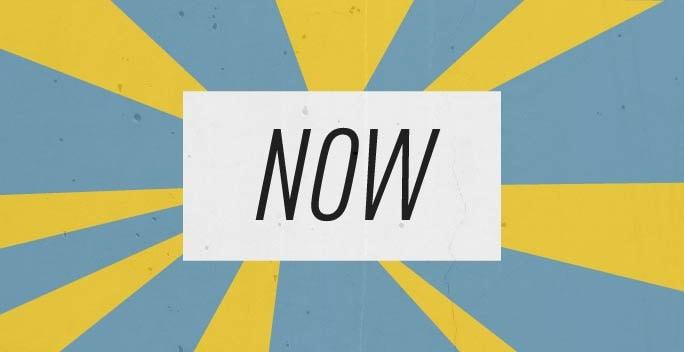 Why now is a great time to learn UI Design

Now is an amazing time to break into the field of UI Design. With the rise of mobile and the prediction that6.1 billion people will be using smartphones by the year 2020, there is a greater need now more than ever for UI Designers. More and more companies are looking to fill newly created design roles, giving design a seat at the table for important decisions.

The recently released InVision 2016 Product Design Report states that out of the 2000 top companies they surveyed, nearly 40 percent name design as having a leading role in their company

Salaries for designers are on the rise as well.Glassdoor lists the median salary for a UI Designer at around $89,000 and currently lists 7,922 open jobs in the US. 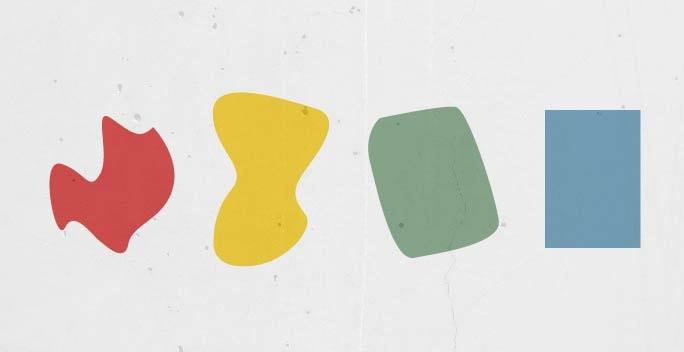 My transition from Graphic Designer to User Interface Designer

In my last corporate graphic design role, I worked as the only designer in a small marketing department of three. My usual day-to-day schedule consisted of the following:

During my time there, I realized that although I loved design, I didn’t love what I was doing. At the time, everything I made seemed so temporary. While creating hundreds of graphics for short-lived marketing campaigns helped me develop my workflow and illustration skills, it never gave me the satisfaction of knowing that I was creating something truly meaningful for the people I was designing for. 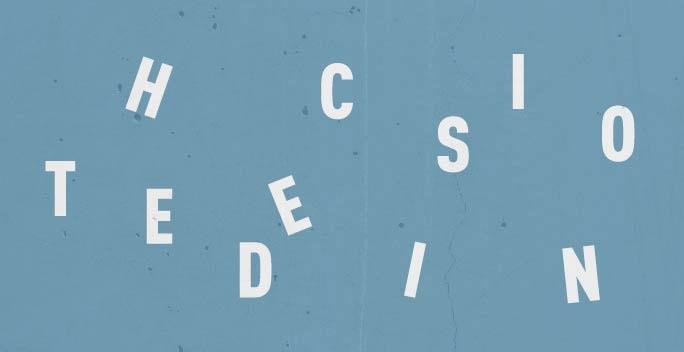 The decision to become a UI Designer

After struggling with feeling unfulfilled in my last job, I started looking for ways to expand my skill set. Right away I knew I needed to get help. As much as I like to learn on my own, I knew I wouldn’t succeed without some sort of structured course where I could see myself making daily progress. I started researching online courses, specifically those with a mentor to help hold me accountable for keeping on task.

Luckily, I managed to find just what I needed with CareerFoundry. Now I’m set up with an industry veteran as a mentor, and am on the way to having a polished UI design portfolio as I work through the lessons in the course.

The transition so far has been a smooth one. Coming from a graphic design background has come in handy when working on UI projects. Spending so much time in Illustrator at my last job prepared me for a smooth transition into Sketch, the leading tool for Interface Design.

Compared to my time as a graphic designer, now my days are spent:

I’m 100% still a work in progress when it comes to being a UI designer, and honestly I don’t think that will ever change. That’s what makes it so exciting to be in this field; there will always be something new to learn. Now, with design skills being in such high demand, is a great time to dive right into learning the necessary skills to start on the path to becoming a UI Designer.

For more information about UI Design, check out CareerFoundry’s UI Design course! With structured lesson plans, and a mentor with years of experience in the field, it’ll help guide those who want to get a jumpstart in a new career.