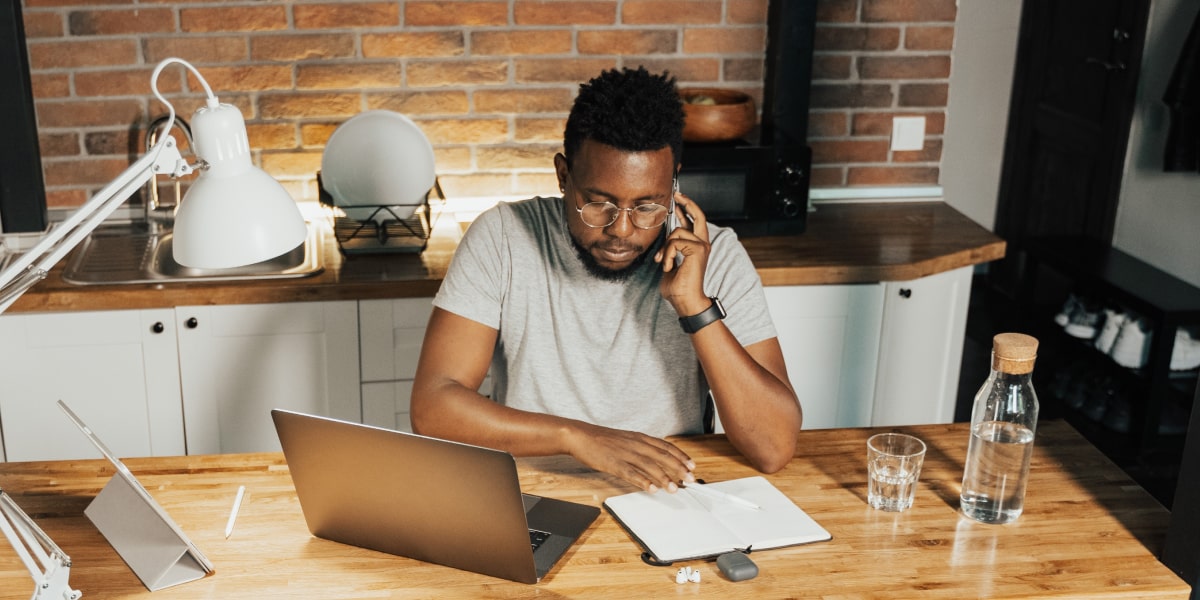 UX design is one of the most misunderstood areas you can work in. No one really seems to know exactly what a UX designer does: it is a very multi-faceted role and as the field is still in its infancy, there are lots of different myths and misconceptions.

I studied UX Design with CareerFoundry, and have spent two years working as a UX designer. If I had a dollar for every time I’ve had to correct people’s ideas of UX design, I could retire tomorrow—of course, UX is fascinating, so I wouldn’t!

UX has become something of a buzzword which people use to make it sound like they know what they are talking about, ‘the bad UX’ of a product, or ‘the great UX’ of a website. I’ve come to realize that a lot of this is merely lip service.

Serious developer types I’ve talked to don’t always take the work of UX design seriously, and I’ve had bosses who thought I was disproportionately prioritizing our users over the business needs. And believe me, I’ve had some fun discussions in social situations when I explain what I do for a living.

Before we dive in, if you’d like a great overview of what UX design really is, check out this video!

A common misconception is that UX design is a crazy new fad which has just appeared out of nowhere. This is not true.

It has been around for an eternity in various guises, but slowly evolved into UX design. There are many other roles that involve UX design work, such as interaction design, human centered design, content strategy, and business analytics.

In my previous role as a technical support manager, and even before that when I was working in hospitality, I was using UX design without necessarily calling it UX design. It was all part of ensuring customer satisfaction by providing a great user experience.

UX heavyweights, the Nielson Norman Group, define UX as ‘encompassing all aspects of the end-user’s interaction with the company, its services, and its products.’ When you think of it like that, it is clear how UX has always been a thing, and how it touches every job role within a company.

However, people are still slow to catch on to UX design as a study discipline and a career path. This is particularly true in New Zealand – where I am based – and where I still get a lot of blank looks when I describe my job to people.

Still, slowly but surely companies are climbing onto the UX bandwagon.

The truth: UX is definitely not a fad – it has existed, just under different names, for ages. And it’s set to be a booming growth area for years to come! 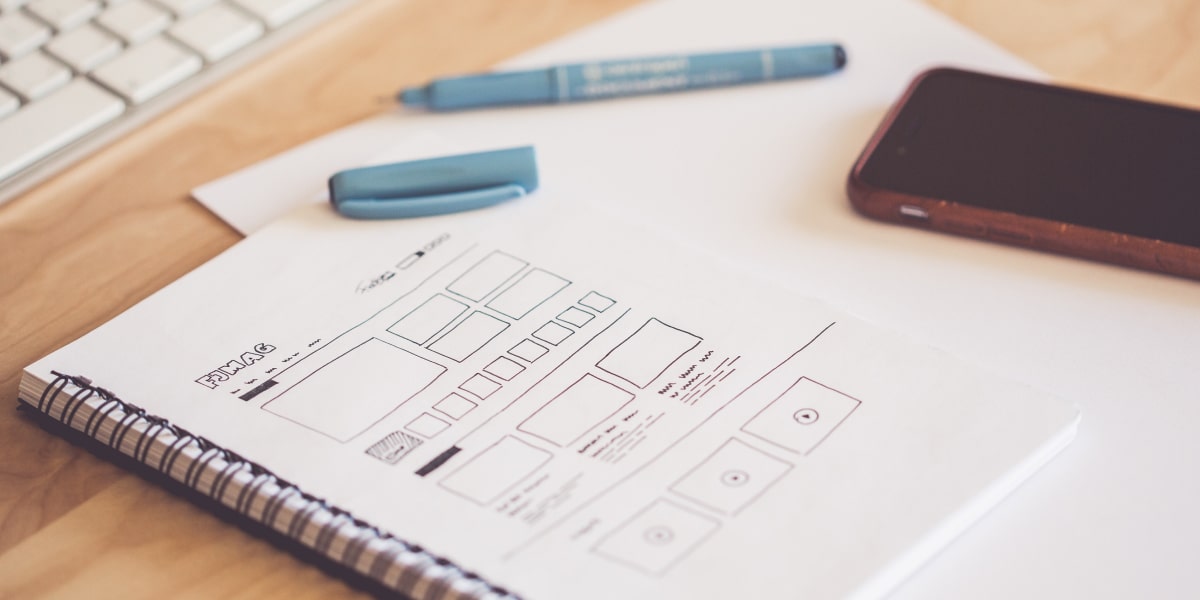 Photo by picjumbo.com from Pexels

2. You have to be artistic or go to art school to be a UX designer

‘Awesome! You’re a UX designer. What do you think of the fonts and colors we’ve used?’

When I first worked as a UXer I felt bad that I wasn’t able to use Photoshop proficiently or that I wasn’t great at making pixel-perfect mockups. I don’t worry about it anymore. Just because I have ‘designer’ in my job title does not mean I have to be ‘arty’ or great at visual design.

I almost didn’t take up my boss’s offer to transition from tech support to UX because of this myth, but I’m glad I did. User experience design is a massive umbrella, which incorporates many different elements. Visual design is just the tip of the iceberg. UX includes research, psychology, content strategy, marketing, interaction design, and computer science.

It would be impossible to be amazing at all of these, and visual design is no more important than the rest. UXers need to be as well-rounded as possible. The brief introduction I got to each from my CareerFoundry UX design course, plus the reading I have done since then has been more than enough to set me on the path of a UX designer.

In fact, most UX experts cite soft skills as being more important than technical ones – I watched a fantastic speech by Paul Sherman at UX New Zealand. He spoke about how one of the most important roles of the UX designer is to be a ‘change agent,’ transforming organisational vision. To do this, soft skills such as being a good communicator, ability to solve problems, and determination are the most important.

The truth: Yes, it is important to have an understanding of all parts of UX, and that does include visual design, but there are other UX design skills and non-design related skills that are far more important. 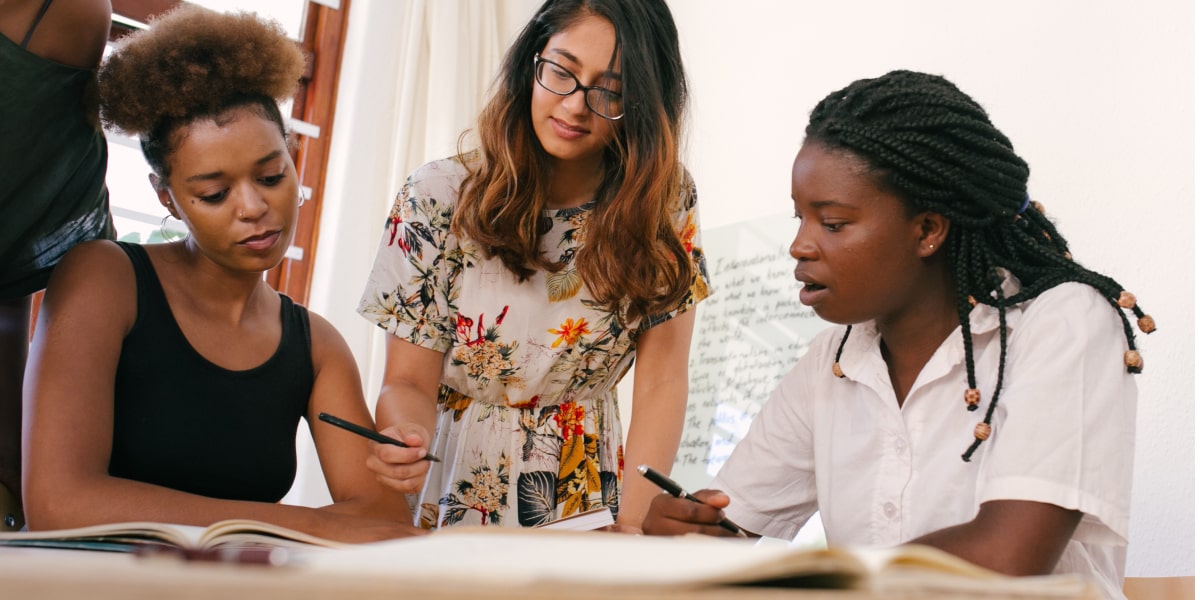 3. People take the time read on the web

Given the amount of content out there you’d think that people like to read on the web, right? Wrong! In this time-poor age we’re all constantly trying to steal back precious seconds to make us feel like we aren’t being short changed on leisure time.

Skim reading (or ‘scanning’ as author of ‘Don’t Make Me Think,’ Steve Krug calls it) is the norm nowadays. I don’t know about you, but I almost get the cold sweats when I am presented with a long Word doc or a PowerPoint presentation with 50 slides. When I first started working in IT seven years ago I used to write 3000 word blogs. You would get shot for doing that nowadays – no one would read it!

Always keep things simple when writing for the web: clear headers, bullet points and use bold for sentences that the user might want to quote on Twitter. For every sentence, work out how it could be said it in a shorter way whilst still keeping the same meaning. Using the active voice can also make copy less waffly and keep readers interested.

Our decreasing attention spans also mean information architecture needs to be extremely well-structured. People won’t take time to find out how to find the information they need and are likely to navigate right out of your site if it isn’t really clear.

Sarah Doody says ‘consider the scenes and not the screens’ first. Take time to think about the people that will be using the product, their level of digital literacy what device they will be using and what they are trying to achieve. Once that is known it will be possible to work out how best to structure that information to make sure it is easy to navigate and scan.

For more tips on writing in the context of UX design, check out our guide: What is UX Writing and Why Does It Matter?

4. We don’t need to do user research or usability testing

This is probably the most common myth I’ve experienced. We are all guilty of it – we all like to think we know best. The product owner, whether a client or a boss, will almost certainly think they know best.

As a new UX designer it can sometimes be scary to stand up to the HIPPO (highest paid person’s opinion) and fight the corner for user research and usability testing. However it is a really important step in the UX process. After all, it is much better to spend time and money getting a product right before it is coded.

The most common reasons to not do user research or usability testing include:

These are all valid concerns which should be talked through together. Show the value of seeking user input by doing some guerilla usability testing with colleagues in the office. This is also a great way of practicing user research techniques and establishing some base data before being let loose on actual users. Widely communicate all insights to stakeholders and let them know the actions which will be taken as a result.

User research and testing does not need to be expensive – there are plenty of low cost options if you get creative. I watched Jasmine Wilkinson, UX lead at Pushpay, give a fantastic talk on setting up a remote user group back in July. 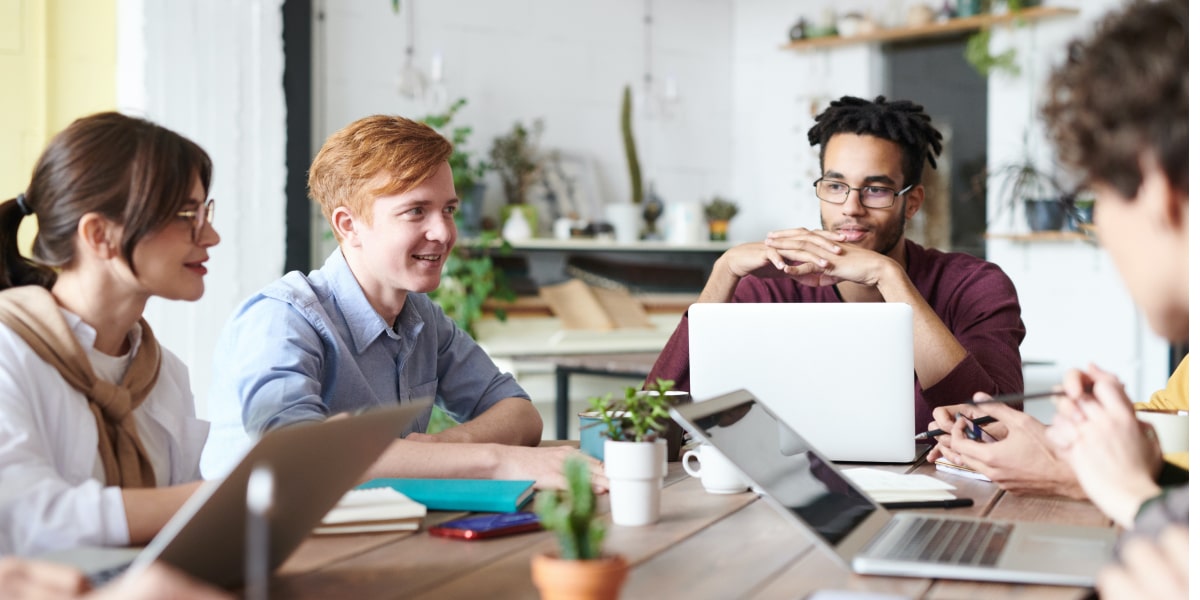 5. UX designers have to be innovative

Again, another big myth. It is easy to see why people think UXers need to be innovative. The word “design” smacks of fresh, new, interesting creations.

However most UXers I’ve worked with have been keen problem solvers who only innovate when they need to. UX design is about offering the best possible solution for both the business and its users.

Often this doesn’t mean ‘reinventing the wheel.’ Instead, it is about using a range of well known design patterns to achieve user needs. The benefits of using design patterns is that the user will already understand how they work so they will be able to use the product without any sort of help.

Design patterns such as the ones featured in the Google Material Design Guidelines or the iOS Human Interface Guidelines are a great starting point for any project as they have been thoroughly user tested and are used by billions of people worldwide. And using them a base doesn’t mean that innovations are not allowed from there – just ensure that the new feature is an improvement on whatever is out there and this is backed up by thorough research and testing.

So, now you know what UX designers are up against!

Want to fight the corner for UX design? The main things to remember are that UX design is most definitely not a fad. It is an exciting, rewarding career path which covers many different disciplines. It suits people from all different backgrounds, arty or otherwise. Different personalities and skillsets excel in UX design, and there are different specializations within UX design depending on what your forte is.