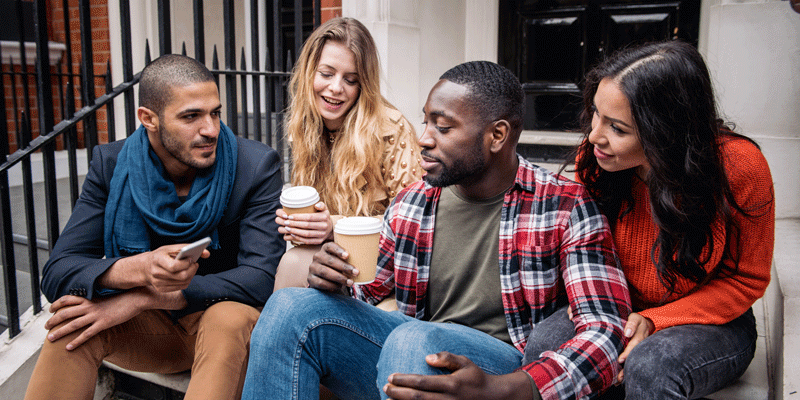 It is often argued that cultural differences are becoming less and less significant in our globalized economy. But still, even handing over a business card (yes, those little sheets of paper with your contact details on it still exist) to an American or Japanese person follows completely different rules.

In this article, I explore how different cultural habits must be taken into consideration in order to tailor UX to your target audience all over the world.

Evidentially, there are also some aspects of design that must be considered when working for users with different cultural backgrounds, such as different reading directions, for which the prioritization of information must be adapted; different length of translated text; or different meanings attached to certain colors. Metaphors, which could trigger a variety of different associations for the user and therefore lead to different outcomes, are also relevant here.

Each and every individual has their own mental model; that is, the way in which we perceive the world around us and how our thought processes work. As Wikipedia explains, a mental model is “a representation of the surrounding world, the relationships between its various parts and a person’s intuitive perception about his or her own acts and their consequences.” Mental models are like our own unique algorithm, shaping the way we behave, the way we approach problem-solving, and how we go about completing certain tasks.

If the metaphors and mental models of the developer and the end user differ (ie the design is not user-centered), this can easily lead to errors or misinterpretations when operating user interfaces which were developed without focusing on the peculiarities of your target audience. As a UX designer, empathy for your end user is key—and understanding the cultural influences on user experience is part of this.

Now let’s have a closer look at the reasons behind these cross-cultural barriers.

When in Rome, do as the Romans do—or: Travelling broadens the mind

As a German (living in a rather rural area), I am used to waiting at red traffic lights when standing at a crossing of two main roads, or a cross-walk. When the lights turn green, I go. Just recently, I applied the exact same behaviour in Paris. My buddy, who has lived in Paris for quite a while, literally dragged me across the street on red lights. Furthermore, he told me about a friend who was hit the day before at a crosswalk—while the pedestrian lights were green. “It’s oncoming cars, not red lights, that one needs to watch out for!” he explained to me.

This commonplace example of behavioral habits that differ between cultures highlights a topic that also needs to be considered when designing user interfaces for digital products. In her exploration of UX design across different cultures, Jenny Shen explains how she initially  struggled with the design of a flight booking form for Dutch users. The form required customers to enter their first and last name and passport details. However,  Dutch users tended to use their nicknames, shortened names or initials, which could not be used for flight booking. Despite a bold sentence underneath the form emphasizing that an incorrect name would lead to refusal at the gate, users continued to enter the incorrect details. While investigating how other sites make up their booking forms, she realized that the Dutch airline Transavia uses a €50 fine to deter their users from filling in incorrect passport details. If you have ever been to The Netherlands, maybe you realized that Dutch culture is very pragmatic and thrifty, and money serves as a strong motivator or demotivator. This peculiarity was applied by Transavia to guarantee correctness of booking information and thus improve the overall travel experience (without any issues at check-in due to discrepancies between ticket and passport data).

But how do you find out about cultural habits without travelling extensively through the countries you are designing your products for?

Generally speaking, there is a range of cultural models consisting of various dimensions, which can be used to describe the members of different cultural groups and to differentiate these groups from each other. In user experience design, the cultural dimensions defined by Geert Hofstede have been particularly influential. Between 1968 and 1974, Hofstede carried out extensive research on employee values in 60 countries. Based on his results, different cultures can be clearly represented on bipolar scales using a relative arrangement. Using factor analysis, he identified five cultural dimensions, which he named “power distance,” “uncertainty avoidance,” masculinity vs femininity,” “individualism vs collectivism” and “long-term orientation vs short-term orientation” (or the Confucian dimension). Later, a sixth dimension was added, namely “indulgence”.

But how can these considerations be translated into UX design rules?

In her article about cultural impact on UX design, Netania Engelbrecht further points out how some design elements can be heavily influenced by individual cultural perceptions. Take site navigation as an example: Depending on how the culture of your target audience is spread on the masculinity vs. femininity dimension, you should consider offering multiple options and making connections between more elements for more feminine-oriented cultures. Generally, feminine cultures tend to be, for example, more relationship oriented, and therefore also expect an appropriate structuring of site maps. On the other hand, cultures skewing towards short-term orientation prefer sites with fewer distractions and a more focused information architecture. Another example is the different connotations of color: While in most Western countries white space stands for luxury and emphasizes the high value appearance of a product, in the Far East, white is associated with the aged, sadness and mourning.

Practical application of cultural dimensions theory can be studied in detail by looking at how global brands translate them into unique websites. Sabina Idler illustrates that impressively in her blog post here, where she looks at the McDonald’s website all over the world.

Finally, other tools such as market-specific personas can also be used in practice to be better prepared for culture-specific user experience design. While creating your personas, you can incorporate cultural dimensions in your data collection phase, form hypotheses about how your personas might differ from one another based on how their culture typically is represented on those dimensions, and include that into the description of their values, needs, and patterns of behavior.

If metaphors and mental models of UX designers and end users differ, ease of use of a UI or product is at risk. Besides obvious design aspects such as reading direction and connotations of colors, cross-cultural UX design requires also focussing on behavioral patterns of your target audience. Cultural models can serve as a resource for tailoring a product or service to the way your end users want to solve their tasks with your application. Also, market-specific personas help UX designers to empathize with users of other cultures than their own.

Want to learn more about how and why we interact with certain products in certain ways? Discover the somewhat unexpected origins of three everyday user interactions here.