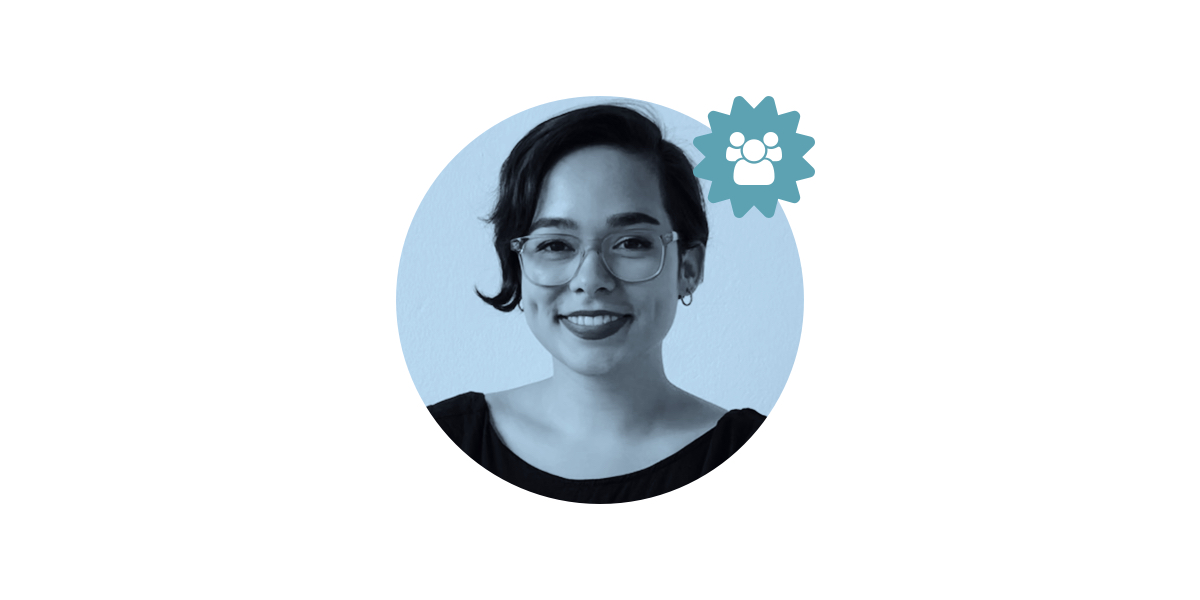 As soon as we start chatting, I realise that there’s an unusual twist to Maureen’s story. At the time of our call, Maureen is, in fact, still a CareerFoundry student; before even completing the UX design course, she has landed her first job in the industry. Over the course of our call, I learn exactly how she managed to change careers so quickly.

Pre-UX, Maureen studied art history at university. Before she entered the world of work, she already had her heart set on UX design. However, rather than jumping straight in, she wanted to gain some work experience first. Not a bad move considering UX design is as much about business as it is about, well, design. Maureen spent almost two years working in the marketing industry, but found herself too far removed from the end user:

“Before I started doing marketing, I knew I wanted to get into UX design, but I also wanted to gain work experience. While working in marketing, my job was mainly based on gathering data, and I noticed that I really missed having direct contact with users. I really wanted to get to know our target group, to understand who these people were, their needs, and how we could help them. There just wasn’t enough room to do that, so I decided to start studying UX.”

Having made the decision to study UX, Maureen faced a very common conundrum: where to start?! As many of us would in her position, she turned to the World Wide Web. Somewhat overwhelmed by the sheer expanse of information available, Maureen went in search of a more logical, structured solution:

“I felt like there were so many articles online on how to become a UX designer. Read this book, do that online course — I just didn’t know where to start. At this point, I knew I wanted to do UX but I didn’t even know if you had to go to school for that. With all these articles, it got even more confusing; everyone was saying something different. I decided to go for a bootcamp course because you get the structure, a solid idea behind it, and a set course program. I didn’t have to think about what steps I needed to take first because someone was guiding me. This guidance turned out to be really important.”

This is what initially drew Maureen to the CareerFoundry course: its logical format that takes you from the Design Thinking Process, all the way through to end-to-end design. Once she started the course, Maureen was also extremely grateful for the support of her mentor and tutor.

“One of the most useful aspects of the course was having a dedicated tutor to correct your weekly exercises. You do something every week and then you have someone looking at it. This constant stream of feedback is really motivating; knowing there’s someone who has my back, that I’m not doing this on my own.”

With her sights set on career change, Maureen was also a huge fan of how practical the course was — something that definitely gives our graduates an advantage when it comes to demonstrating the skills that employers are looking for.

“I’m enjoying the fact that the course is so practical. Whatever you do, it’s something tangible that you can show to other people. I feel like it’s not just studying in your head or reading a book, but learning by doing, which is really effective and lots of fun!”

And now for my most burning question: How did Maureen manage to land a job before even graduating from the course? As she launches into the story of how she found and secured her dream job, to say she’s excited about starting her new role would be quite the understatement.

“It’s definitely thanks to CareerFoundry that I landed this job. I’ve been looking at this particular job opening for a while, and although I felt like I could be a good candidate now because of what I’ve learned on the course, I was also kind of scared to apply — I’m still on the course and don’t have any real work experience in this field. But I talked with my mentor and she really helped me to prepare. She coached me on the kinds of questions I should ask during the interview and advised me on the kind of salary I could expect. This is the only job opening that I applied for because it sounded so exciting to me! They were also really enthusiastic and called me the day after the interview to offer me the job. I know it’s because of the course; I could never have done that on my own.”

Maureen’s new position is a Junior UX Designer role at DAYONE, a service design studio based in Berlin. As a novice in the field, Maureen tells me how she is most excited to work with a variety of different clients and teams, and to learn as much as she can from those with plenty of experience.

With graduation and the new job just around the corner, I’m curious to hear how she’s feeling about her whirlwind career change:

“Really excited, but also kind of nervous! I was talking to a friend about it last night. I can’t believe I’m going to do something that I love, something I’ve been dreaming about for a couple of years now. Now it’s a reality, it’s actually going to be my job! That’s so exciting.”

Her enthusiasm is contagious, and I figure this would be a good time to ask her if she has any advice for others who are considering switching careers with CareerFoundry.

“I had quite a few colleagues and friends asking me about CareerFoundry, and I tell everyone I’m probably your biggest fan! To anyone who asks, I tell them it’s an investment. I know it’s not cheap and I know not everyone is able to do it, but if you can, it’s worth every cent. You have so much guidance from your tutor and mentor, and this is something you’ll really miss if you decide to learn UX on your own. Studying with CareerFoundry, you have contacts; you have someone you can ask “How does this work in Sketch?” or “How do I apply for a job in UX?” You have the feeling that you’re part of a community, and that’s really valuable.”

As our call comes to an end, talk turns to the (very exciting) future. In five years from now, Maureen not only hopes to be a highly experienced UX designer; she also has plans to take a coding course and become a full stack designer. Watch this space!

Before we say goodbye, I ask Maureen to sum up her CareerFoundry experience as honestly as possible:

“Intense! If you’re working full time and studying, it’s really intense. Also lots of fun and very motivating. You’re spending your free time on something that’s worth the investment, you’re building your future.”

Ready to start building your future in tech? Discover the UX Design Course or chat to a Career Advisor to discuss your next move.