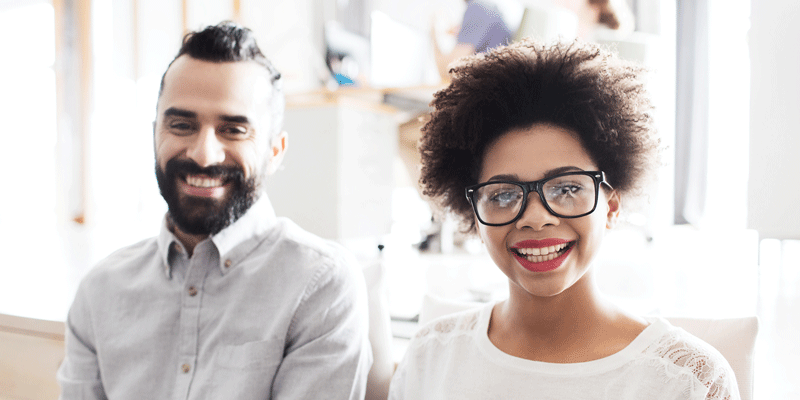 Design handoffs are a controversial topic. From afar, they can seem like minefields involving multiple layers and complications, with the added pressure of multiple stakeholders and deadlines thrown into the mix. However, if handled properly, the handoff process can instil trust within your team—and it doesn’t need to be complicated! As long as empathy is a top priority, communication discrepancies can be kept to a minimum.

Are you a budding designer approaching your first handoff? Good news: we’ve done the hard part for you. From design guides to prototypes, this fool-proof beginner’s guide will arm you with a mix of best practices and pro tips that’ll see you smooth sailing to a hassle-free handoff. In this article, we’ll cover:

While it may seem obvious, communication between the design and development team is frequently overlooked. Keeping the communication fluid will help the developers get a head start in pinpointing any potential issues that might arise during the handoff, meaning you can design with a clearer, more realistic perspective. As such, weekly discussions or check-in meetings should be the norm from day one of the project. If you’ve joined a new team, it’s good practice to inquire about their current processes. What are their tools? What do their rituals look like? How long are their sprint cycles? Asking these questions will help you understand how the team likes to communicate best, and slot in accordingly.

If you’re working freelance or remote, with the rest of your team in different time zones, hopping on a plane to meet face to face at the beginning of the process rather than at the end will help iron out any potential clashes during the handoff. If you aren’t able to meet in person, make sure you’re prioritising video conferencing meetings and making adequate time to chat with your colleagues on a weekly basis.

Often, a disorganised handoff is caused by a lack of understanding about the challenges faced by each side. To ease brewing frustrations, consider holding regular lunch n’ learn sessions as a way of encouraging a sharing of skills, bridging the social gap and building empathy between teams. This is especially useful for designers, as it can allow you to gauge a better understanding of the technology that enables your design.

Building empathy isn’t just about the work; it’s equally important to reflect on how you have fun and facilitate an inclusive atmosphere between teams on a more personal level. Sensing the mounting pressure from the frosty tone of the emails? Take it as a sign that you all need to get to know each other better. Finding a way to have banter or a beer at the end of the day will bring the two sides together and reduce friction. You’re all working towards a common goal, after all!

It may seem like an extra effort, but creating design guides at the beginning of a project is a sure-fire way to save time during the handoff. A design guide could be a collaborative mini website or document that houses all the UI building blocks needed for both design and development. For every component that’s designed, the developers add the code alongside it. This will serve as a reference for the developers, as well as being a great resource for new recruits or remote teams.

Similar to an office plant that needs to be watered regularly to be kept alive, the design guide should serve as a living, evolving document that gets updated each time a new component has been completed, avoiding duplicating effort at a later stage.

You’ve brought the developers into your communications and figured out what rituals work best to build empathy. Now, it’s time to build your initial prototype!

Think briefly of yourself as an architect. Before you go ahead with the project, you first want to check that everyone is on board with your ideas—the homeowner likes it, the builders can create it, you’ve got planning permission and so on. So, you create a floor plan that outlines the bare essentials of your vision. In the UX world, a low-fidelity prototype is your floor plan.

Presenting a low-fidelity outline of your high-level concept gives all stakeholders a clear idea of the end product, and allows you to test the functionality rather than the aesthetic. This means you can course-correct quicker without expending unnecessary effort, and reduce risk before committing to anything. Tools like Axure, Sketch or even Keynote are great places to start.

Once you’ve carried out your user testing and secured the go-ahead from the developers, it’s time to present your high-fidelity prototype. At this stage, it’s important to take the developers through everything step by step; explaining your thinking and reasoning behind each micro-interaction and feature behaviour so they have the opportunity to ask questions as they go along. Being specific about the feature’s intended use will also help the developer build a more detailed idea of how they want to code it—for example, if it’s a marketing feature, the developers will know to build something that prioritises appearance and doesn’t overshadow the design.

Luckily, there’s a multitude of tools and software out there to ensure this stage runs as smoothly as possible. While software like Jira or Trello are great for allowing designers to issue and keep track of tickets, tools like Framer, InVision and Zeplin serve as an interface between design and development. Alongside enabling the developers to add comments on each feature, they also allow the designer to carry out some basic coding, which gives the developers a reference for programming. Win-win.

Congratulations—you’ve navigated a seamless handoff! But before you pop the champagne, bear in mind the handoff is a process rather than an isolated event. You’ll likely have multiple handoffs for one product, so it’s vital that the communication and rapport you’ve built up between the teams follows through well after the handoff meeting into the end of sprint demonstration and feedback session. Validating the work carried out by the developers and conducting a post-handoff quality check lets everyone know that you’re collectively on the right track, paving the way for more efficient handoffs in the future.