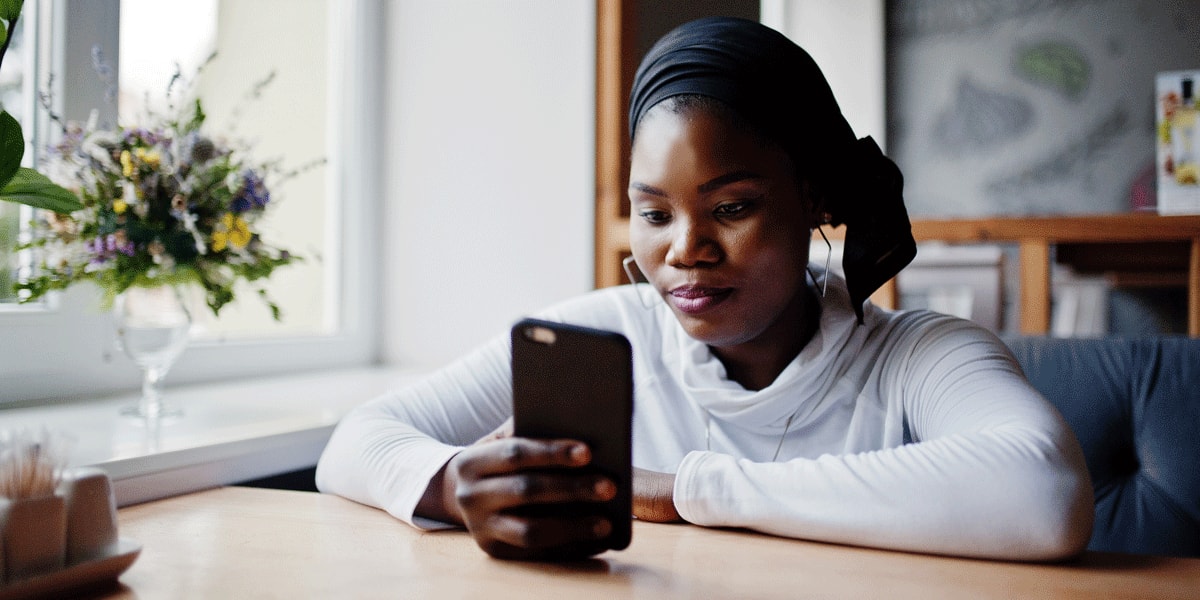 Think about the first thing you do when you pick up a new mobile phone or click on a new website. Do you have a certain expectation when you swipe across the mobile screen or scan the navigation at the top of the webpage for the first time?

If you answered yes, that means you have a mental model of how those user interfaces work. When we engage with the world, our brains are constantly organizing the information we encounter into cognitive representations, which are called mental models. Creating mental models in our heads for anything and everything makes a lot of sense. Mental models prevent us from having to figure things out from scratch every time we have a new experience. They give us the tools we need to make inferences and come to conclusions quickly—including digital products or new technologies.

In this article, we’ll cover the following topics:

When it comes to mental models in the context of UX design, one of the simplest yet best definitions I’ve seen comes from Jakob Nielsen from the Nielsen Norman Group. He defines mental models as, “what the user believes about the system at hand.”

In other words, a mental model is what a user thinks they know about how to use a website, mobile phone, or other digital product. Mental models are built in a user’s brain and people reference them to make their lives easier.

As long as the new app more or less matches the interaction patterns and information architecture of a familiar app, the user will quickly become comfortable with the new weather app.

A related idea in the world of UX that’s worth exploring: Skeuomorphism.

2. What’s included in users’ mental models (and what’s not)

If you don’t adhere to user’s existing mental models, there will be a mismatch between the user’s idea of how a product will work and the way it actually works. This mismatch can cause all sorts of problems because it will lead to user frustration, and often, users will abandon your app or website, or decide against buying your mobile phone or tablet.

The good thing is that while people’s mental models are often different, when it comes to user experiences for familiar user interfaces (or UIs) like websites, a majority of people develop similar mentals models for common user experiences. For example, if a person is going to a new website to buy something, they will have a mental model of how the check out experience on the new website will work based on their past experiences with online shopping. If the new check out sequence is consistent with their mental model, the user will smoothly navigate through it and feel satisfied with their experience.

In addition to online shopping, we can make the assumption that many users will expect and understand certain UX conventions, such as:

Problems arise, however, when UIs don’t adhere to these conventions. Going back to our shopping cart example, let’s say the shopping cart experience diverges from the user’s mental model. Maybe it’s a minor issue like the check box that allows the user to say the shipping and billing addresses for the purchase are the same is placed in an unexpected area. Maybe instead of at the bottom or top of the shipping or billing address forms, it was placed at the bottom of the shopping cart before the user enters the check out sequence, and this leads the user to overlook it. While it’s a relatively small frustration, it will still make your user experience less enjoyable and will serve as a potential barrier to your user completing their purchase.

3. Use mental models to create UX that makes sense

UX designers shouldn’t assume their mental models are the same as those of their users. It’s important to remember that each individual’s mental models are subjective. People pay attention to different things, have different levels of comfort, and have varied requirements when it comes to the digital tools they use. That means some users may not understand certain things that seem intuitive to others. Designers have inside knowledge of how a digital system works. That can make novel interaction patterns seem more obvious to them than they are to the average user.

This doesn’t mean UX designers should avoid innovative design solutions entirely. Our mental models can evolve and expand. However, changing our mental models takes a lot more work than simply going with the tried and true. So, when a user encounters a product that pushes back against their mental models, they may resist, get frustrated, and give up.

So how do you determine your users’ existing mental models and how they expect to navigate your latest product?

User research early in the design process, such as card sorting, user interviews, and surveys, can help you understand how your users think about your user experience. This should be followed up later in the process at the wireframe or prototype phase with user testing of the design you’ve created. Understanding the way your system works with users’ mental models enables designers to create more intuitive and satisfying user experiences. Plus, user testing can help uncover any discrepancies between a user’s mental models and the way a UI works, so you as the UX designer can correct any issues before the product is released.

Another tactic that can be used in conjunction with user research (or in lieu of it if you have a limited budget) is competitor research. Competitor research is valuable because it enables you to see the way competitors’ systems are designed and infer what users are comfortable with as a result. Analyzing several similar UIs to understand what they have in common and what they do differently can help you understand where it makes sense to conform to existing design solutions and where you might be able to innovate.

5. How to fix a mental model mismatch

Despite a UX designer’s best efforts, sometimes there is a mismatch between the user’s mental model and a product’s UI that lead the user to make mistakes. If the system can be changed, the solution is simple: make sure it conforms to users’ mental models. For example, if users repeatedly overlook a vital button because of its placement, move the button to the place they look for it. User testing can help shed light on users’ pain points.

If the system can’t be changed or you are purposely introducing a novel interaction that you know may have a learning curve, incorporate instructions, tutorials, and demos when users first open the UI. If you’re changing the way an existing product works, you can slowly roll the changes out over time or alert users to the coming change and let them decide when to make the switch. The latter strategy was utilized by Google when it changed the UI of GMail. By alerting users to the upcoming change and giving them the option to update their GMail immediately or wait until later, Google helped users mentally prepare. This also let them adjust their mental model of the GMail user experience when they were ready.

And remember that mental models are important in both UX and UI design, and sometime this requires good collaboration between both sides of this design process. Learn more about that here: How Do UX and UI Designers Work Together?

Now that you know what mental models are and why they’re so valuable in the UX design process, you might want to learn more. If so, you may find the following articles useful: