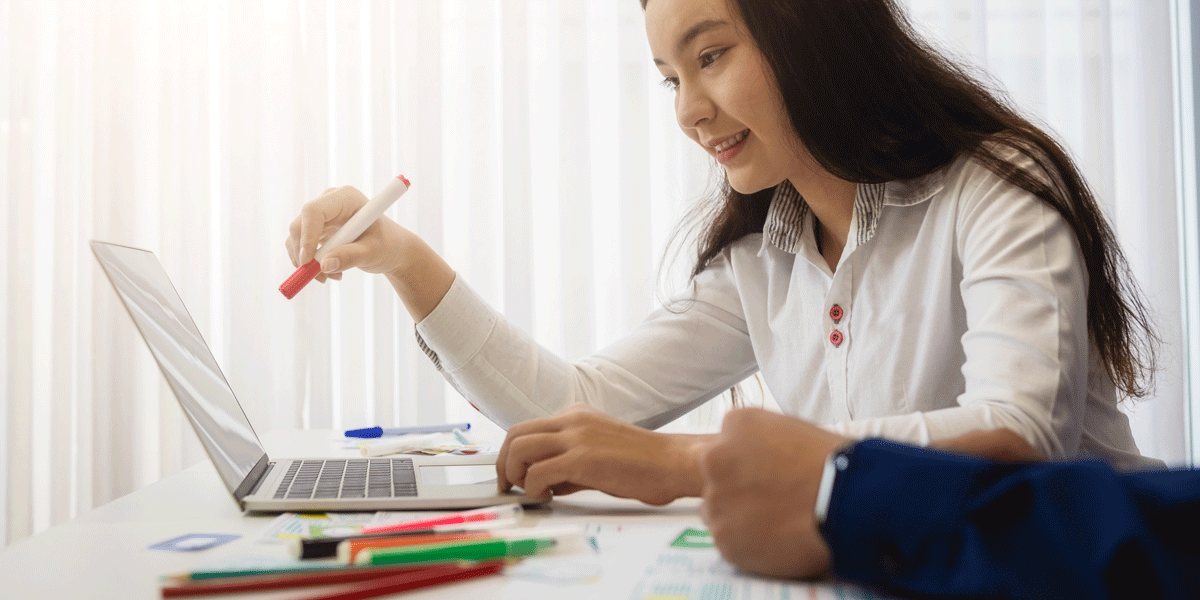 Testing is the fifth stage in the Design Thinking process—and a crucial component of product development. In this guide, you’ll learn everything you need to know about testing your prototypes and gathering real user feedback.

We’ll start with a quick refresher on what Design Thinking is, and the steps that precede the testing phase. If you’re already familiar with Design Thinking, just use the clickable menu below to skip ahead.

In this complete guide to testing, we’ll explore the following:

Ready to complete the fifth step in the Design Thinking process? Let’s go!

1. What is Design Thinking, and where does testing come into it?

Design Thinking is a solution-based approach to solving complex problems. It is both an ideology and a process that can be divided into five stages:

Design Thinking fosters innovation and creativity. It encourages us to remove our blinkers and consider alternative solutions beyond the realm of the tried-and-tested. It is also highly user-centric—just like user experience (UX) design.

While Design Thinking does consist of five distinct, seemingly logical phases, it’s important to note that it is not a linear process. With each step, you’ll uncover new insights which may challenge or redefine what you’ve done before. The five phases often overlap and feed into each other, so be prepared to loop back and forth in constant iteration. During the testing phase, for example, you’ll once again find yourself empathizing with your users. This might lead you to reconsider your problem statement (as set out in phase two: define) and to revisit the ideation stage—and so on.

You can learn more in this complete beginner’s guide to Design Thinking. For now, though, let’s focus on step five: testing!

2. What exactly is user testing and why is it so important?

Together, prototyping and testing add huge value to the design process. Not only does user testing help you to remain user-centric; it also makes good business sense. By testing your ideas early and often, you are able to identify design flaws and usability issues before you take the product to market. This has countless benefits for you, the user, and the business!

So why conduct user testing?

As you can see, prototyping and testing makes sense for everyone involved! Now let’s consider when might be the best time to conduct user tests. 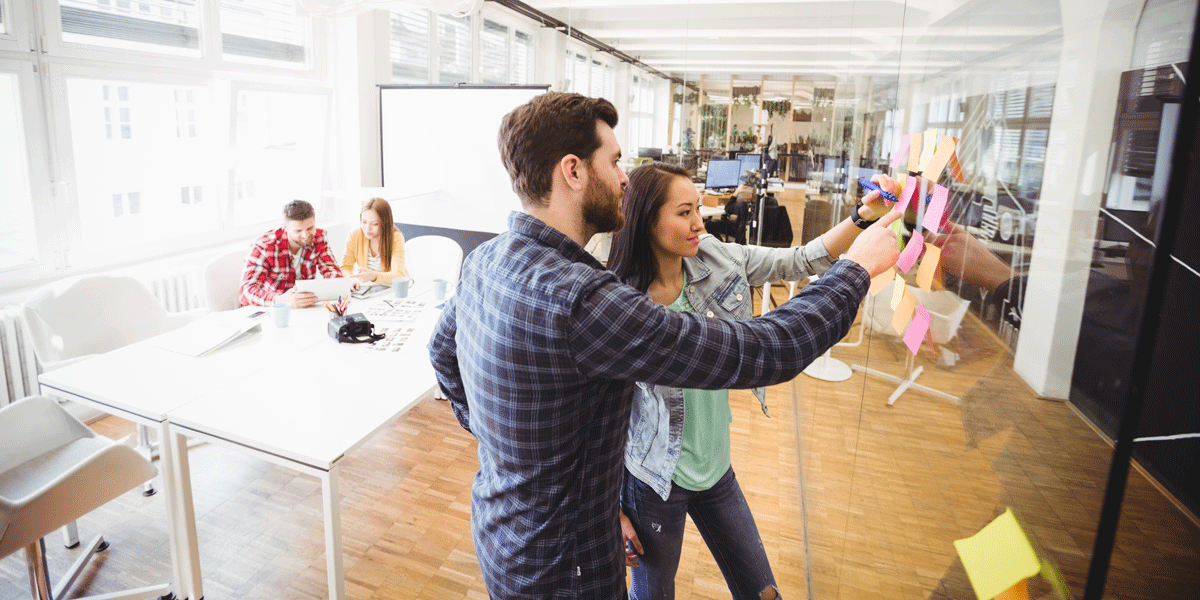 When should you carry out user testing?

You’d be forgiven for thinking that user testing belongs right at the end of the design process, just before you’re getting ready to launch. However, user testing should actually be incorporated throughout. Be sure to test early and often!

In the early stages of the process, testing will help you to get feedback on your initial ideas. At this point, you’ll use low-fidelity prototypes—such as a very basic paper model—to test out a concept.

As your design starts to take shape, you’ll move onto digital prototypes. Low and mid-fidelity clickable prototypes can be used to test things like layout and information architecture, without distracting the user with too many visuals.

Towards the end of the process, you’ll seek to fine-tune the details of your design. You’ll test the overall usability of the product with high-fidelity, fully functional digital prototypes that look and behave just like the real thing.

Now we’ve covered the what, why, and when of user testing, let’s consider the how.

There are different methods and techniques you can use to test your prototypes. User tests can be conducted in-person or remote, and they may be moderated or unmoderated. Before we delve into specific user testing methods, let’s consider these differences.

During in-person testing, you’ll be in the same room as the user while they test your prototype. This has several advantages. Not only are you able to control the testing environment and keep distractions to a minimum; you can also directly observe the user. You are privy to facial expressions, body language, and any verbal commentary the user makes as they interact with the product—giving you valuable, first-hand insight into their experience. However, in-person testing can be expensive and time-consuming.

Remote user testing offers a less expensive, more convenient alternative, but you’ll have little to no control over the user’s testing environment. However if you’re one of the growing numbers now working as remote UX designers, this kind of user testing makes a lot of sense. If you’re testing a digital prototype, you can conduct moderated or unmoderated remote user tests. Let’s explore each of these options now.

Moderated remote user testing is a good middle ground between in-person tests and completely unmoderated remote tests. Live remote testing allows you to observe your users over a video call, for example. You can use a screen recording app to capture the test, and certain programs will also track and highlight where the user clicks in your digital prototype.

Unmoderated tests can be conducted via user testing platforms such as UserZoom, loop11, and usertesting.com. If you’re short on time, such tools make it easy to conduct user tests quickly and with minimal effort. However, you won’t have the opportunity to observe the users or ask them questions.

Whether you choose to conduct in-person or remote user tests all depends on your budget, time constraints, and the prototype you’re testing. Paper prototypes are best tested in person, while digital prototypes can be tested both remotely and in-person. 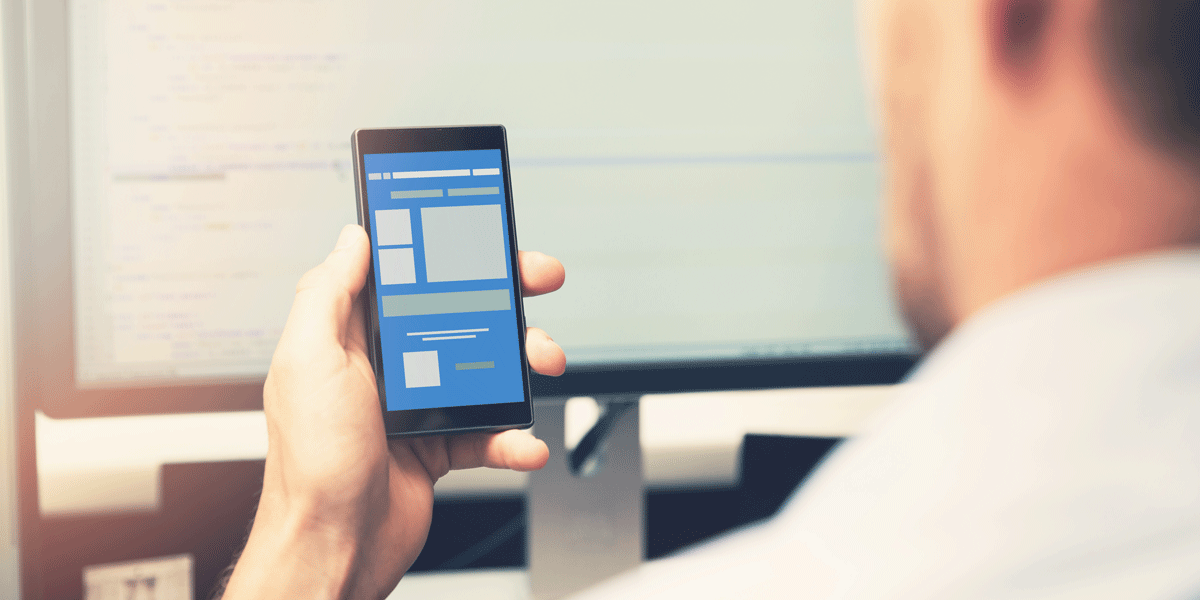 What are some of the most common user testing methods used in Design Thinking?

So what methods can you use to test your prototypes?

Here are five of the most popular user testing techniques used by UX designers and design thinkers!

In the very early stages of the design process, you’ll want to test out your initial concepts before actually designing them. Low-fidelity prototypes—a simple sketch, or even static images—can be used to communicate your idea to your target users. You’ll then interview your users to gauge how they feel about the concept. Is it a product or feature they’d be interested in using? Does it have the potential to solve the user’s problem? You can learn more about the value of concept testing in UX design here.

A/B testing is used to compare two different versions of a design. This method can be used at any stage of the design process, whether you have paper prototypes or fully clickable digital ones. In A/B testing, you’ll create two different prototypes and test each version on a different set of users. You might test two different layouts, for example, or different copy for a certain CTA button on a certain screen. It’s important to only A/B test one variable at a time so as not to skew the results. You’ll find a complete guide to A/B testing on prototypes here.

A crucial user testing method that should be used repeatedly throughout the design process, usability testing shows you how easy your design is to use. Usability testing is usually an observational exercise: you’ll ask your users to complete certain tasks, and observe them as they do so (this is part of a task analysis). Throughout the test, you’ll see which aspects of the design caused problems for the user, as well as which aspects appear to be user-friendly. In doing so, you’ll identify usability issues which you’ll seek to fix in the next iteration of your prototype. You can learn more about how to conduct usability testing in this step-by-step guide.

When designing an app or a website, you want to make sure that the user takes the intended action whenever they land on a certain page or screen. First-click testing shows you what your users first steps are when they encounter an interface; in other words, where do they click first? This helps you to determine which visual elements and content should take priority, where buttons, icons, and menu items should be located, as well as the kind of language you should use for buttons and labels. First-click testing can be conducted using both low and high-fidelity prototypes. You’ll find a comprehensive guide to first-click testing here.

Once you’ve come up with the information architecture of your digital product, you can use tree testing to see how user-friendly it really is. You’ll present the user with a “tree” of information—representative of how your site menus would be laid out—and ask them to find specific items. If users struggle to locate certain information, you’ll need to rethink your information architecture—our guide to IA in UX design can help with this. Tree testing is often conducted as a remote, unmoderated study, but it can also be done in person using paper prototypes. The Nielsen Norman Group has put together an extensive guide to tree testing here. 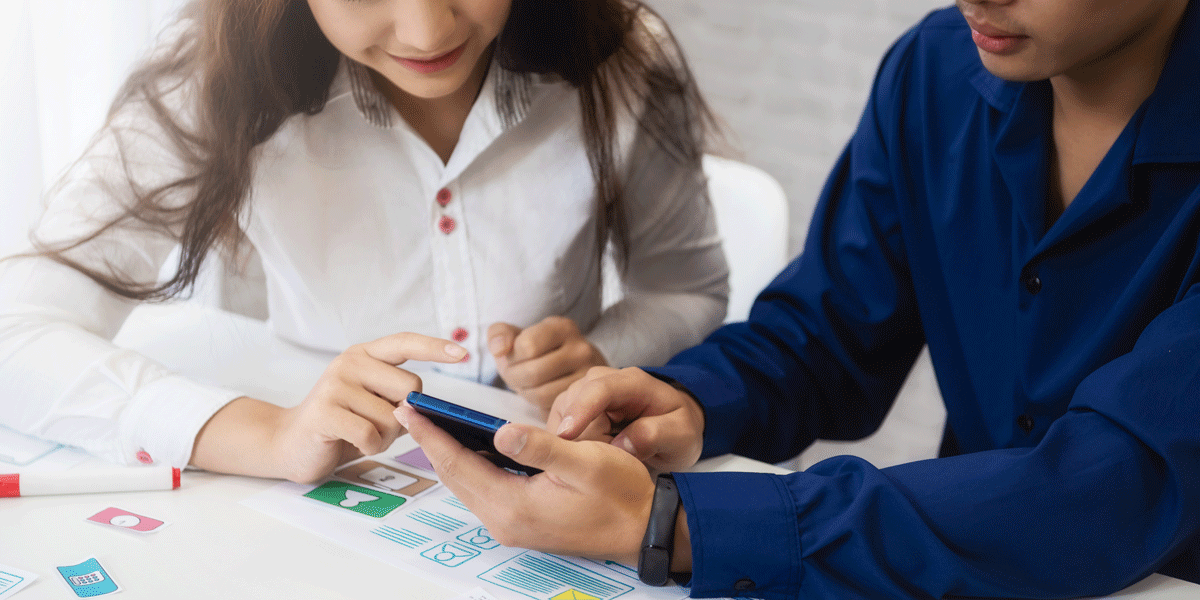 4. How to conduct user testing: A step-by-step guide

Now you’re familiar with some common user testing methods, let’s get down to the logistics. When it comes to running user tests, there are certain steps you need to follow—regardless of your chosen method:

You’ve conducted several user tests and have documented your findings. What happens now?

After a round of user tests, you’ll need to spend some time analyzing the results. You’ll look for patterns in what you’ve observed and the feedback you received. Your tests will either validate that something works well, or highlight issues that need to be fixed. Either way, the insights you gather from user testing will inform your next steps. Do you need to reiterate on the current design in order to fix a usability issue? Did your initial concept completely fail in front of your users, sending you back to the ideation phase? Perhaps your test users confirmed that your information architecture is extremely user friendly, meaning you’re ready to start refining the design.

Design Thinking is all about iterating and reiterating until your product is ready for launch—but it doesn’t stop there! Even once your product is on the market, you’ll continue to run tests and add new features or make improvements.

Prototyping and testing are absolutely key to creating user-friendly products, so remember to test early and often!

If you’d like to learn more about user-centric design, check out the following guides:

And if you’d like to learn how you can run your own Design Thinking workshop at your company, read this step-by-step guide.