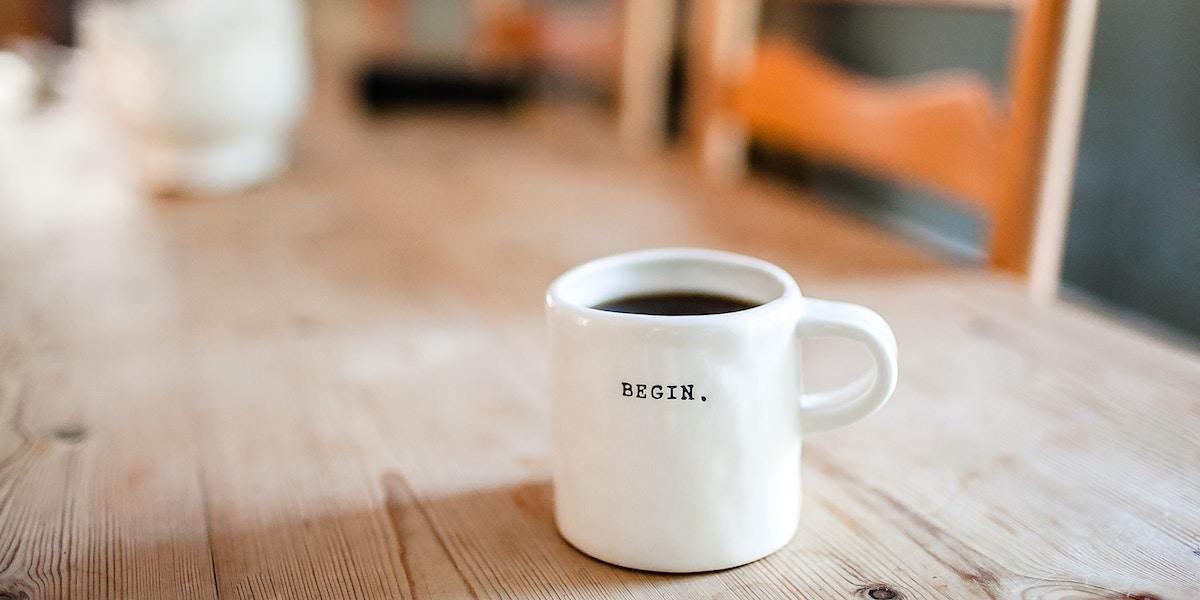 It’s been 56 years since Dylan crooned about how times were changing. Now we’re just getting started into the year 2021, and I think we can agree that times are a-changin’ faster than ever. Jobs like mail carrier, travel agent, dispatcher, and lumberjack are being replaced by things like data science manager, solar power consultant, and blockchain developer. But there’s one rapidly growing new position that has both a low barrier of entry and enormous career potential. Interested? Allow me to introduce you to UX writing.

What is UX writing?

UX writing is the art of crafting the texts that appear throughout the interface of digital products (websites, mobile apps, etc.). Just as in the world of traditional publishing, this text is referred to as copy. But UX writing differs from copywriting in that it aims to guide the user through the interface in an intuitive manner.

As the apps and websites that we use become increasingly complex, the need for clear guidance within them also grows. But more than that, as these digital products become more a part of our daily lives, we as users seek out those that give us the most natural and fluid experience. These changes in the way we interact with technology have led to the creation of UX writing as a discipline in its own right.

What does a UX writer actually do?

On the surface, UX writers craft the copy found throughout a digital product. This includes the text on buttons, menus, error messages, and more. We call these small pieces of text microcopy. In a more general sense, UX writers are tasked with delivering the messaging of the product from the inside out. To do this effectively, they must acquire a deep and thorough understanding of the user and often conduct UX research.

Many UX writers are former or current copywriters. But whereas a copywriter’s job is to help sell a product, a UX writer does more than that. They must give value to users by crafting an experience that will improve their daily lives. Remember how software used to come with a manual? Trust me, it did. Today, that ‘manual’ is written right into the app itself. This makes it the UX writer’s job to guide the user through the digital experience in an intuitive manner, building a bridge between the user’s needs and the company’s goals.

But UX writers don’t spend the entire day writing microcopy. They also help create the brand or product voice and make sure all content creators in the organization can easily understand and use that voice. To do this, UX writers create a content style guide—a company-wide document outlining the writing principles and guidelines for the copy and content of a company’s products.

Finally, in a more philosophical sense, UX writers must fight for their users. So whenever a designer, developer, or product manager suggests something that might be unclear to the user, the UX writer must stand up and say how that feature, task, or project can and should be communicated more clearly.

In the world of product design, getting a UX writer is like when you got your first smartphone; you never understood how much you needed one until you had the chance to work with a talented UX writer.

Some assume that the role of a UX writer is to create clever error messages like the one pictured below. 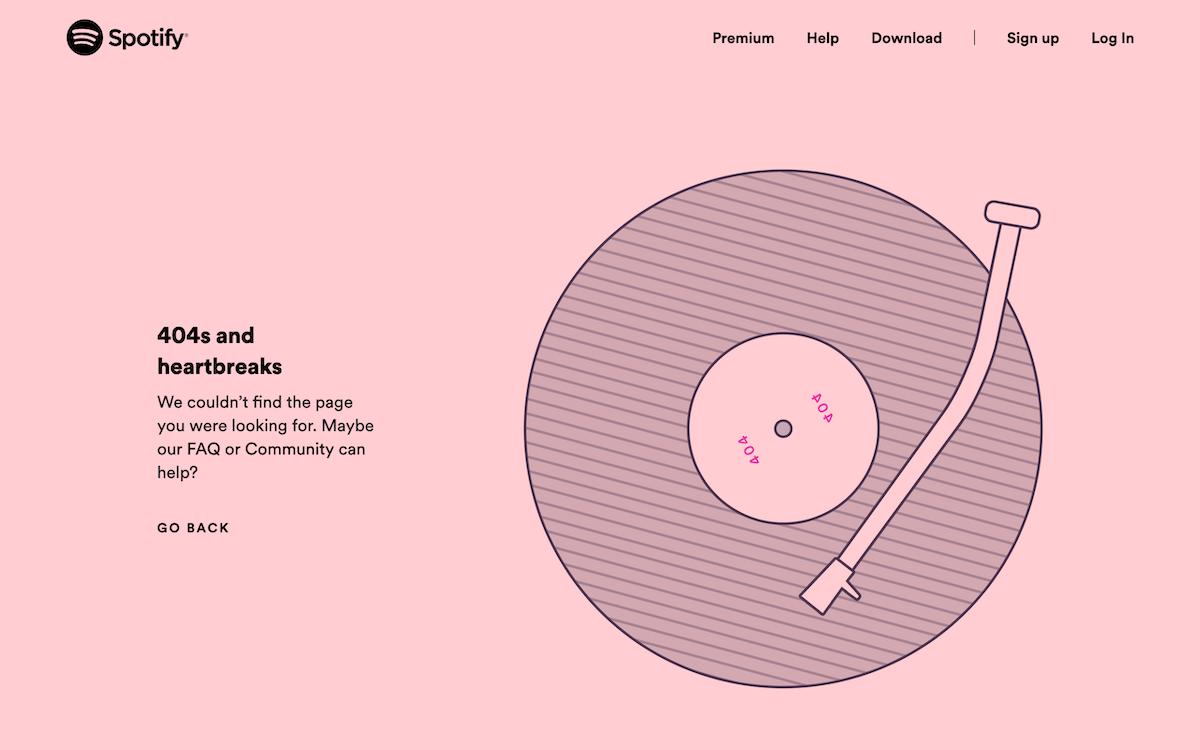 Though creating fun or funny (but still useful) messages is often part of the job, it’s a much less significant aspect than you might think.

UX writers are essentially product designers who are part of the product design team and help create the website, app, or feature from the outset. They’re part of the team that decides which features to add to the digital product. Some would say the UX writer is the most creative position on the team as they use that creativity to find solutions to problems the end-user would potentially face.

Their main mission is to make digital interfaces easy to use.

For instance, when tasked with writing an error message, the UX writer needs to turn a robotic message like this one.

into something less intimidating and more comprehensible. They need to keep in mind the product’s voice and make the message useful. Have a look at this example from Dropbox: 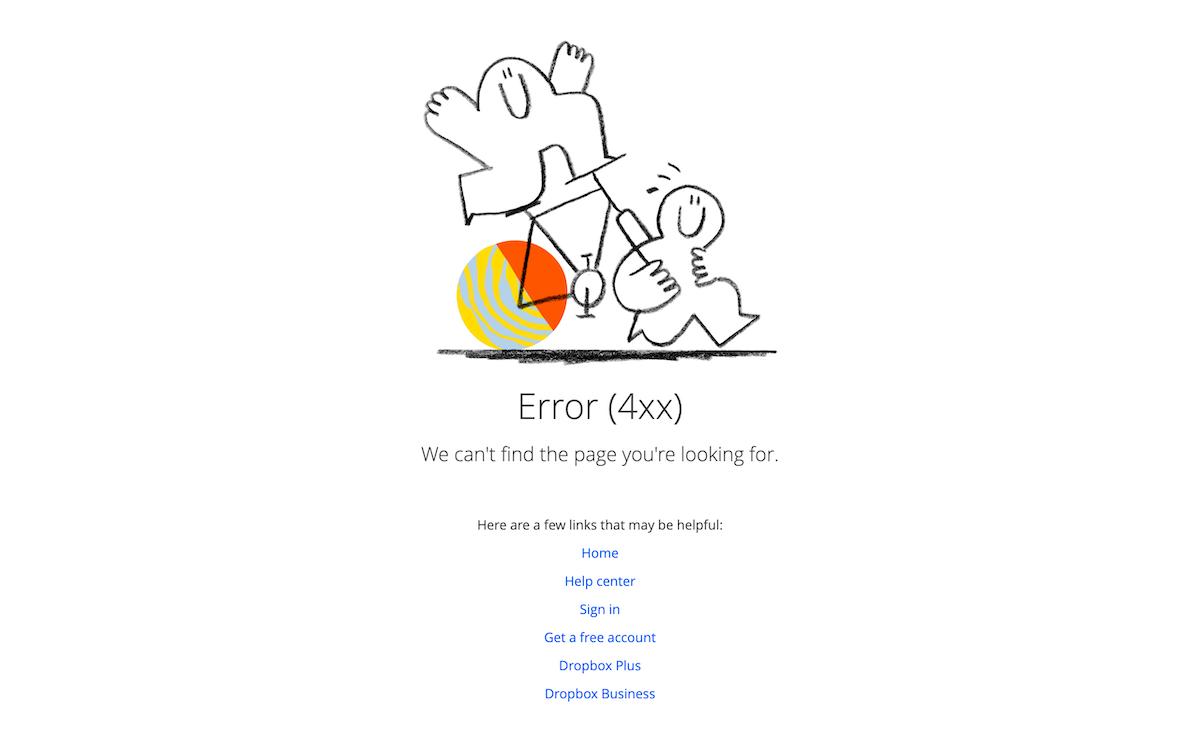 A 404 is frustrating for the user, so Dropbox’s writers show us they care and offer alternative solutions.

The Role of UX Writers in Product Teams Around the World

Surprised that a job like this exists? So were many companies until recently. Yet companies such as Wix, Booking, and Google—who had the foresight to understand the value of the UX writer—are thriving.

These companies provide their customers with products that make their lives easier, due in no small part to the influence that UX writers have had on those products.

Booking.com, for example, has a UX writer for every 5 or 6 designers. By contrast, Oracle has been slower to adapt, with a ratio that’s close to 100:1—and their product suffers for it.

Even though they’re completely different types of products, we can still compare their sign-up forms. Here’s the one from Booking.com.

And here’s the one from Oracle. Which service would you prefer to sign up for? 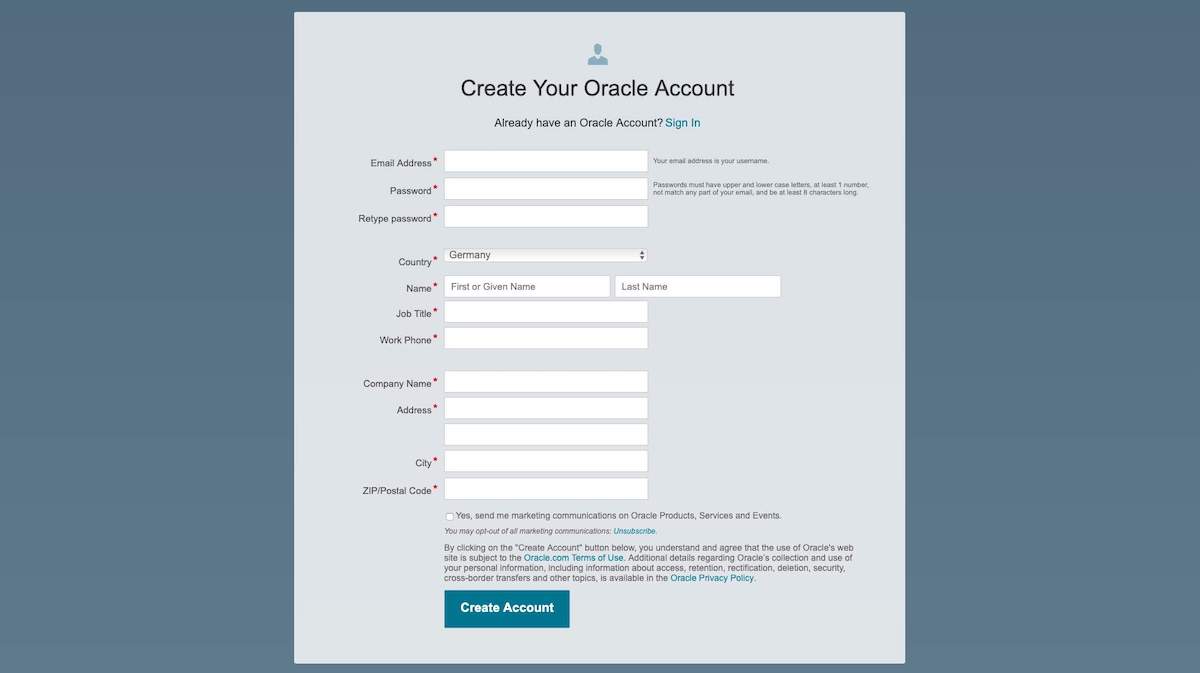 As companies realize the value of having a dedicated UX writer as part of the product team, more and more positions for UX writers are being created and filled. For example, Booking.com has gone from 20 UX writers to 60 in less than a year, and Wix has a writing guild with about the same number of full-time writers.

Many other companies are realizing that having a single writer in the product team and a few in the marketing department just isn’t enough. This is driving an exponential increase in the hiring of UX writers.

How Do You Know If UX Writing Is for You?

If you put 10 UX writers together in a room, you’ll likely find you’ve got 10 people from 10 different professional backgrounds. One might come from a background in journalism, while another has a Ph.D. in Physics (one of UX Writing Hub’s UX writing students actually). I even know an architect who now works as a UX writer!

This is because UX writing is a relatively new discipline, but one with a large and growing demand. As such, we see people from a wide range of backgrounds who are getting into a field that presents them with so many opportunities.

The commonality among UX writers seems to be that there is no commonality, leaving the door open to nearly anyone interested and motivated. That being said, here are some important qualities and skills for a UX writer to possess.

Design isn’t about aesthetics—it’s about making products function well. The designer’s mindset is one of problem-solving. For example, when a UX writer registers for a new online service, they should think “how can this experience be improved?”

As a UX writer, you will have to coordinate between UX designers, product managers, developers, and even stakeholders. Building deep relationships with them is a critical part of the job.

Unlike accounting, which has been around for hundreds of years, UX writing is still developing with the help of the community. There are many online UX writing groups where you can participate in discussions or just stay in the loop. UX writing methodologies are developing rapidly, so writers must take it upon themselves to stay abreast of these developments.

How Can You Get a Job as a UX Writer?

Given the rate at which UX writing is growing today, companies are set to hire thousands of UX writers in the next few years. If you’ve got the feeling that the best time to become a UX writer was yesterday, you’re not far off. So perhaps you’re wondering how to start.

There are many resources available for aspiring UX writers, with more springing up every day.

The following are some of my favorites:

Explore the field and when you feel ready, consider formal UX training.

You may want a general UX design course to learn the basics, or perhaps a UX writing course. These courses let you work with a mentor who will guide your development and help you get the experience needed to land your first job. There aren’t any shortcuts!

How Much Can a UX Writer Expect to Earn?

UX writing is so new that there isn’t a lot of data about salaries. For this reason, we recently carried out and published an industry survey of 440 UX writers from 25 different countries. What did we discover? Many things—from the most common job titles to whether UX writers were primarily working at agencies or tech companies. Of most interest to you, though, is probably the fact that junior UX writers earn an average of $75K in the USA, while seniors stand to earn an average of just under $125K. Not bad!

As a UX designer, I believe that the roles of product designer and UX writer are complementary. When our UX Writing Hub course graduates apply for UX writing positions, I tell them to ask for as much as the UX designers make.

According to Glassdoor, the average salary of a UX designer is $90.6K.

Content strategists and UX writers overlap in their responsibilities, with the former earning $60K a year. According to Neuvoo, a UX writer in California can earn up to $120K a year.

As a junior (and as our survey suggests), don’t expect that kind of salary immediately. In the long term, however, getting into this field now will be worth your while; I expect the salary of experienced UX writers will easily reach six figures before long.

UX writing portfolios are not entirely dissimilar from UX design portfolios. When hiring someone for any UX position, employers don’t look solely at experience—they want to see creative problem-solving. This usually comes by way of summaries and examples of projects worked on with case studies about solutions the writer or designer has implemented.

When I was just starting out as a UX designer without any projects under my belt, I would take products that I used daily, such as Google Maps, Tinder, or Spotify, and create solutions to problems in those apps.

I thought about a Spotify feature to help people organize music for parties or how to design a feature on Tinder that allowed for double dates. If you’ve got an idea to improve an app, take a few screenshots, document your solution, and add it to your portfolio.

If you’re having trouble thinking of an improvement to an existing product, sign up for our UX Writing Challenge and create a project for a gardening app in less than 2 weeks.

To get a better idea of what goes into a portfolio, check out this list of the top UX writing portfolios. Get inspired!

Ready to start your own? Here are some platforms that let you build a portfolio with ease—no code required:

If you’re considering a career in UX writing, there is truly no better time than the present. The addition of a dedicated UX writer to product teams represents a huge shift in the UX industry. Starting now as a UX writer means you’ll have seniority in the years to come as more and more companies hire more and more writers.

We still have a long way to go before technology companies begin to value writers on the same level as they do designers—but don’t let that discourage you. Instead of seeing this as a problem, look at it as an opportunity to start a challenging and rewarding new career.