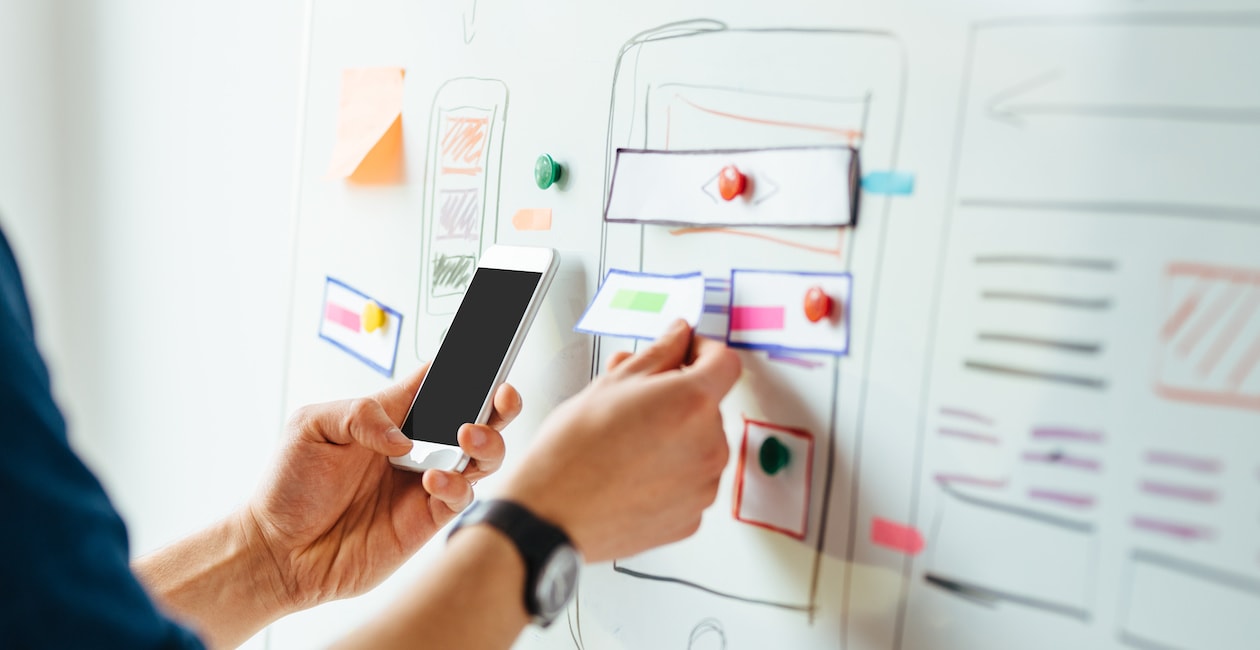 What does a UX designer actually do? It’s a question I’ve been asked frequently since completing the CareerFoundry UX Design Course. Surprisingly, the question comes not only from friends and family, but from employers and people who work in IT.

There’s still a lot of confusion surrounding the field, which is why, as a UX designer, you’ll often find your first task in a new job is clearly explaining the value you’ll be bringing to the company and how you’ll bring that about.

The purpose of this post is two-fold. If you’re a UX designer, it aims to equip you with a clear and concise answer to the question—What does a UX Designer do?

And for those of you who are genuinely still unsure what a UX designer does, you will definitely know by the end of this post!

1. The foundations of UX design

Before we dive right into what a UX designer actually does, let’s first take a look at how UX design came about.

UX is not new; in fact, the term has been around since the early nineties. The term has been credited to Donald Norman who joined Apple as a cognitive scientist. His desire was to explore all aspects of a user’s experience; including industrial design, graphics, the interface, and physical manual interaction. You can read all about the history of UX design here.

Since then, the term has evolved and demand for UX designers has radically increased. With the development of mobile and wearable technologies, apps and increased internet usage worldwide, UX designers are in increasing demand.

Companies are realizing the value UX designers bring to both the customer and their business. UX design salaries are rewarding, and they predict an 18% growth in positions opening up in the next ten years. 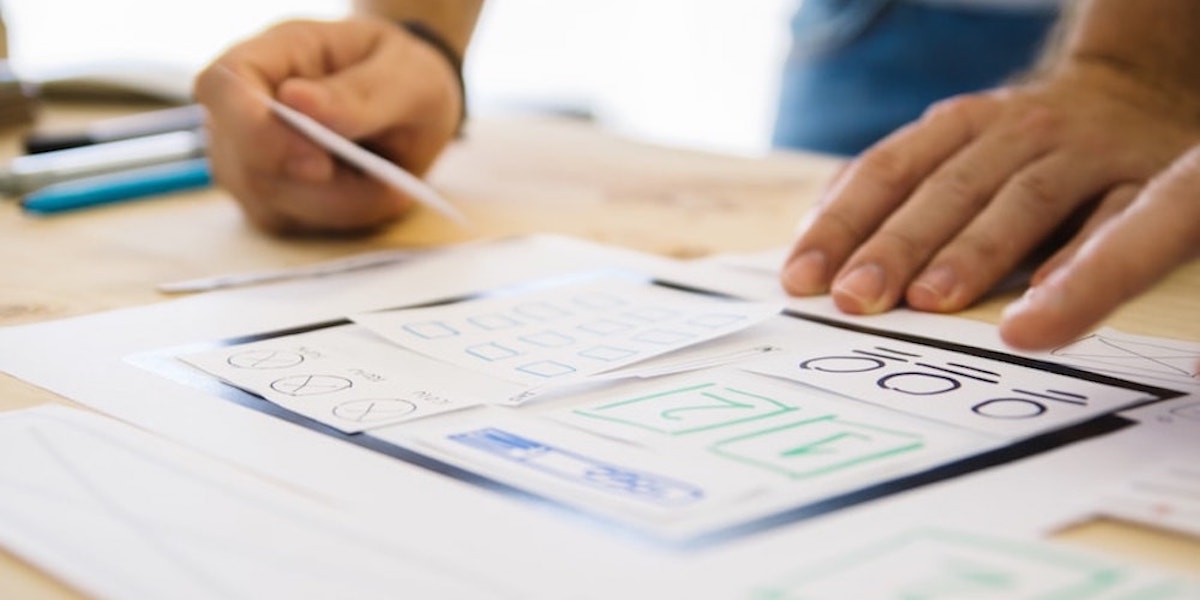 It’s a booming industry, but how do UX designers work on a day to day basis? If you’re thinking of a career in the field, what can you expect to be doing?

Your projects will differ dramatically from company to company, as will the size of your team, and your priorities. My experience of working in UX has involved elements of research, testing, business analysis, project management and psychology as well as wireframing.

Despite the variety the role offers, there are some general functions a UX designer can be expected to perform irrespective of the company they work at.

In the next section, I’ll run through these general functions. I’ve also added a video of recently qualified UX designer Ryan’s typical working day at the end of the section – I recommend watching it to get a feel of what it’s like to work as a UX designer today. 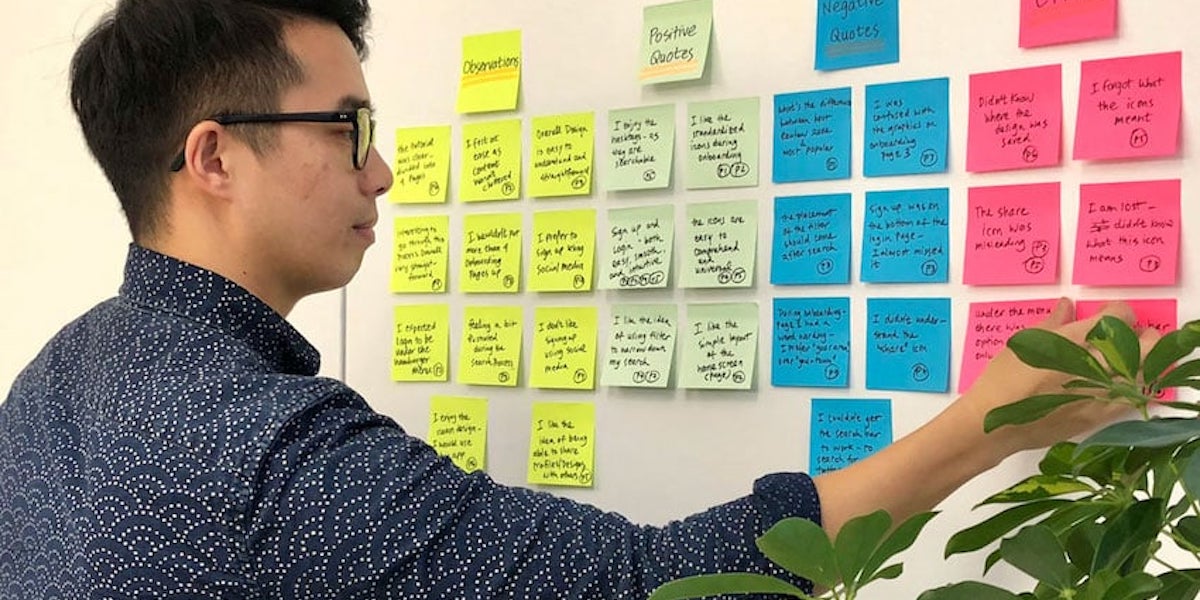 2. The initial stages of UX design

This is where the research (magic) happens. Generally a UX designer will get a brief from the client or their manager asking them to do some project research.

Let’s use the fictitious fast food chain Foodies as an example: Imagine Foodies approach the company you work for wanting a new app.

Firstly, it would be the UX designer’s role to combine desk-based and field research to get a full picture of who they are designing for. This might include reviewing what the current website has to offer, interviewing existing users to look for opportunities and pain points, and doing competitor research to see what else is out there.

These tasks will enable the UX designer to pinpoint the core features needed for the Minimum Viable Product and start drafting some initial personas. For Foodies the core features might be a menu, ability to make online reservations and a branch finder.

With the core features decided on, it is time to delve deeper into what tasks each persona wants to perform and why.

One of Foodies’ personas might be Samantha, a go-getting 20-something who likes eating artisan salads on her lunch break. An example task for her would be:

‘Samantha likes to pre-order the Moroccan Lamb Salad via the app on the phone as it saves her time between meetings.’

Once this process has been completed for each persona, it is then possible to refine the content needed, working out the information architecture and site map and beginning paper prototypes. Paper prototypes are very rough sketches which can be shown to colleagues and quickly and easily improved. 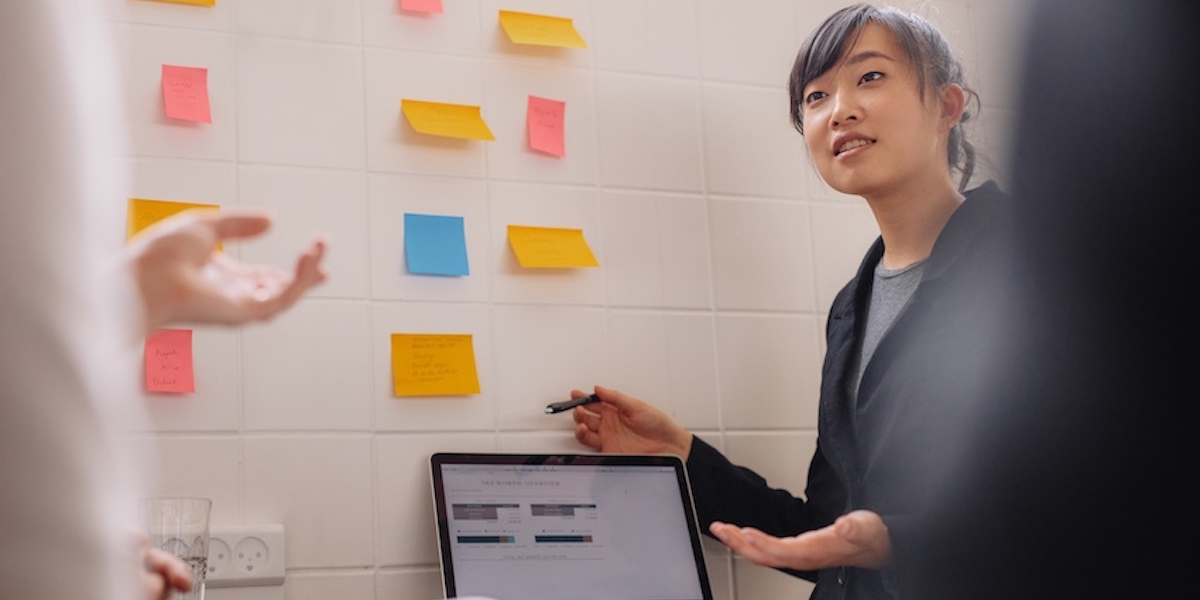 After paper prototypes come wireframes, user testing and plenty of iterating. Wireframes typically go through many stages and there is no right or wrong way of doing them.

They often start as very basic black and white designs, moving on to interactive designs where users can navigate between the different pages like they will with the final product, to high-resolution designs which give the user a really clear idea of what the final product could look like. Each stage is punctuated with user testing and iterations.

You can find much more information about wireframing in the following articles: 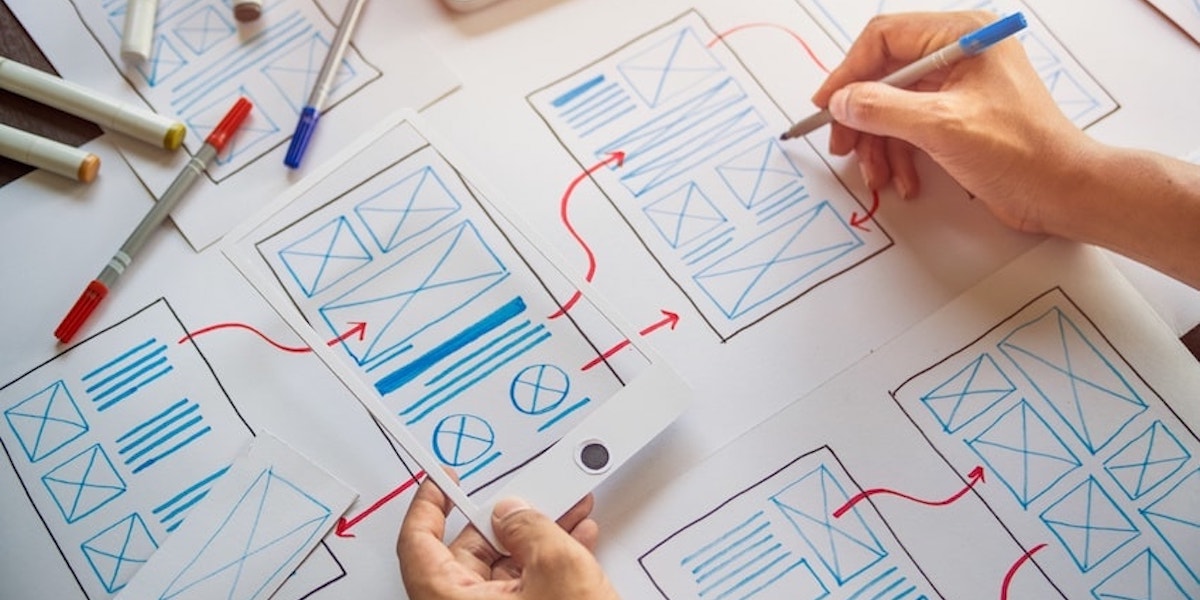 Next comes the visual design where wireframes are converted into mockups. Mockups include the final imagery, colour, and typography. The main focus is the look and feel; they should be pixel perfect and show exactly what the design will look like when brought to life so they can be used as a guide when development starts.

Some UX designers do the visual design themselves using programs such as Photoshop. However, visual design tends to fall under UI design, so this will normally be done by a UI designer. If you’re confused about the difference between the two roles, here’s a great guide to what distinguishes UX design from UI design. 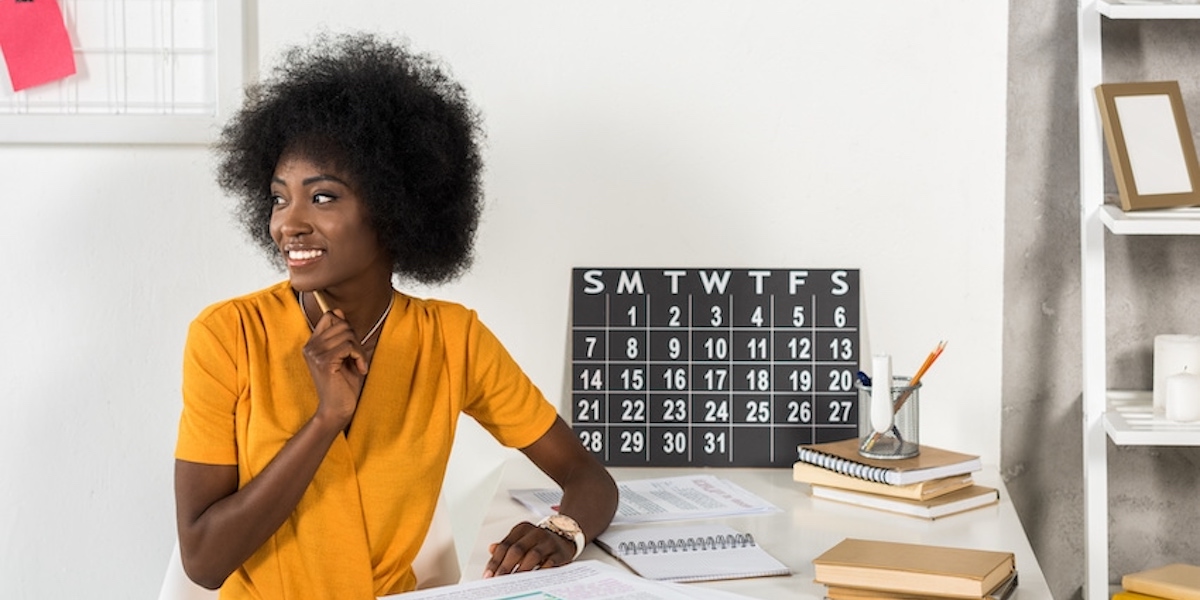 6. Usability testing and beyond

With the visual design in place, there is a working prototype of the product which can be fully usability tested by participants who match the identified personas.

Read this; beginner’s guide to usability testing for more information.

Several rounds of testing could take place before the design is completely right. Once it is, the new product is finally ready to go into development. UX designers also attend sprint meetings, overseeing product development to make sure there aren’t any feature creeps (which often happens in my experience!) and helping to make small refinements to the design as and when necessary.

One final point to make is that a UX designer’s work is rarely finished after the product launch. There will be refinements, small changes, new releases, feedback to gather and analytics to discuss with the team, just as Ryan describes in the video below. Technology is constantly evolving and it is essential to to keep up-to-date with the latest developments or get left behind.

7. What skills does a UX designer need?

With such a varied range of tasks, UX designers need to have a very diverse skill set. Besides technical and design skills like wireframing, prototyping and interpreting data and feedback, UX designers also need certain “soft” skills.

Adaptability, communication, problem-solving and teamwork are all essential soft skills. As a UX designer, it’s important that you can collaborate effectively with those around you — from clients and stakeholders to developers and fellow designers, all the way through to the end user.

Business knowledge also goes a long way in the UX design industry. It’s important to understand both the goals of the company and the needs of the target audience, and to align these when coming up with design solutions.

Here’s a free tutorial about the skills you’ll need as a UX designer.

UX is a fascinating, varied and satisfying career path which could take you in many directions, and hopefully this article gives a good taste of that. A course such as the CareerFoundry UX Design Course gives a really solid grounding for any sort of career in UX and, as a former student, I really recommend it.

Does UX design sound like the career for you? Still unsure? Then perhaps you’ll want to read about the typical career path of a UX designer, the kind of salary you could expect, or how to choose the right UX design bootcamp for you. And if you still have unanswered questions, simply get in touch with us to get them answered!