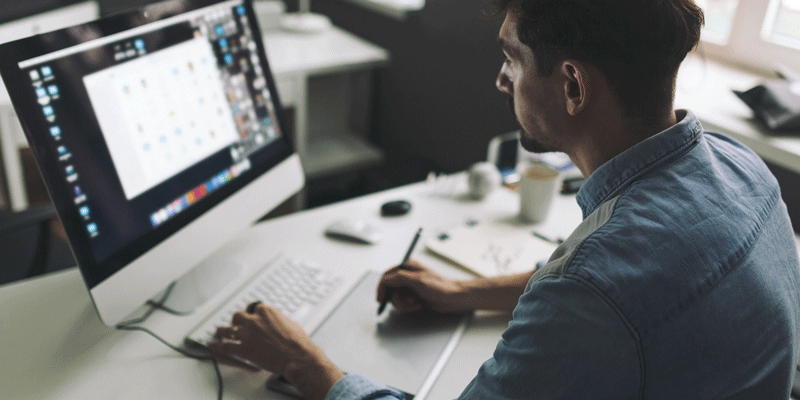 What is a full-stack designer, and how do you become one? Let’s find out.

Perhaps you’re already a UX or UI designer looking to expand your skill set, or you’re new to the game and looking to gain the broadest possible spectrum of skills under the umbrella of design. Many designers start off with the goal of becoming a full-stack designer and plan their education and career path accordingly.

As the lines between design and development become ever more blurred, full-stack designers are sharply on the rise. On the heels of the full-stack development era, the changing landscape of the startup scene calls for more cross-disciplinary training from designers—meaning that there’s a demand for designers with skills in coding, copywriting, project management, and more.

If you’re just starting out in the field, this might seem overwhelming. But it doesn’t have to be!

In this brief guide, we’ll break down what it means to be a full-stack designer: 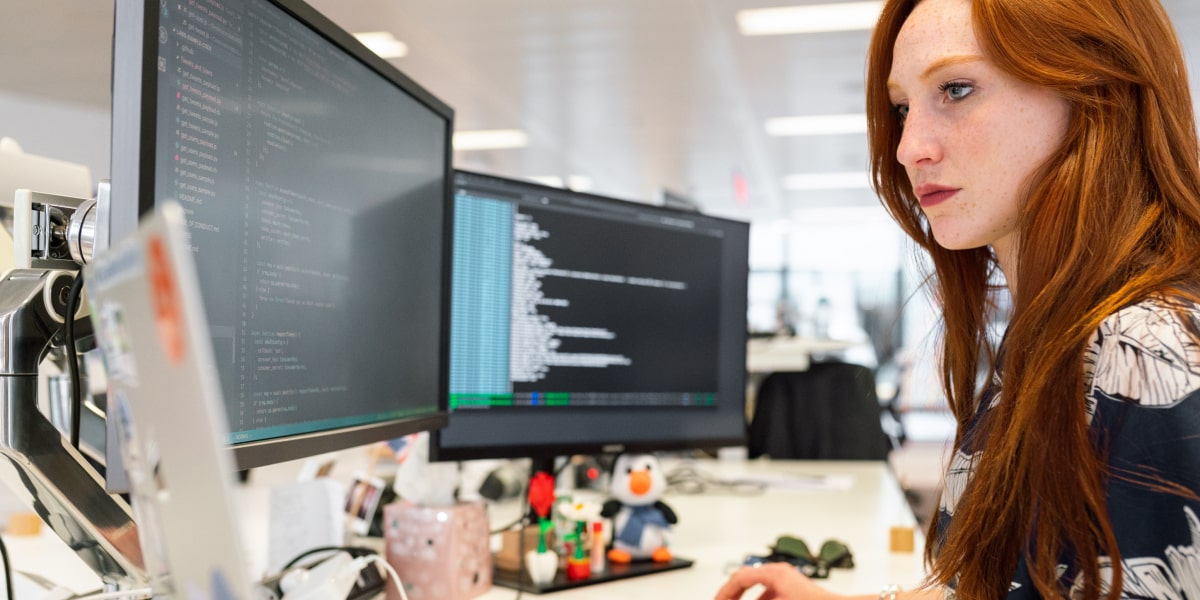 Photo by ThisIsEngineering from Pexels

1. What is a full-stack designer?

Put simply, a full-stack designer is a designer that gets involved at every stage of the user experience design process, from research to implementation.

You are very likely familiar with the ‘many hats’ job description. It’s common in most fields. A marketing executive might straddle social media, content marketing, and ad copywriting. A CEO might partake in the occasional customer service e-mail.

It’s increasingly difficult to pinpoint and define clearly focused skillsets, many of today’s job specs are multi-disciplinary—meaning that in one role, you’re likely to complete tasks that technically belong to another role.

This is common for UX designers. Even though there are many specializations within UX, many of these come from the “many hats” nature of UX design. As a UX designer, you’re likely to conduct user research, facilitate ideation workshops, build user personas and journey maps, create wireframes, present findings and plans to stakeholders, hand your design work over to developers, and more. To learn more about the most common UX design skills, check out this video:

So what’s the difference between a UX designer and one with real full-stack design skills?

Where a normal designer might take charge of one segmented part of the process before handing off (and tackle other areas as needs and without any specific professional development in that specific area), a full-stack designer will see the project through to its execution, focusing on the full picture of the project from day one.

Typically, a full-stack designer has cultivated a range of skills, including UX and UI design, coding, project management, UX writing, and an understanding of the development process. 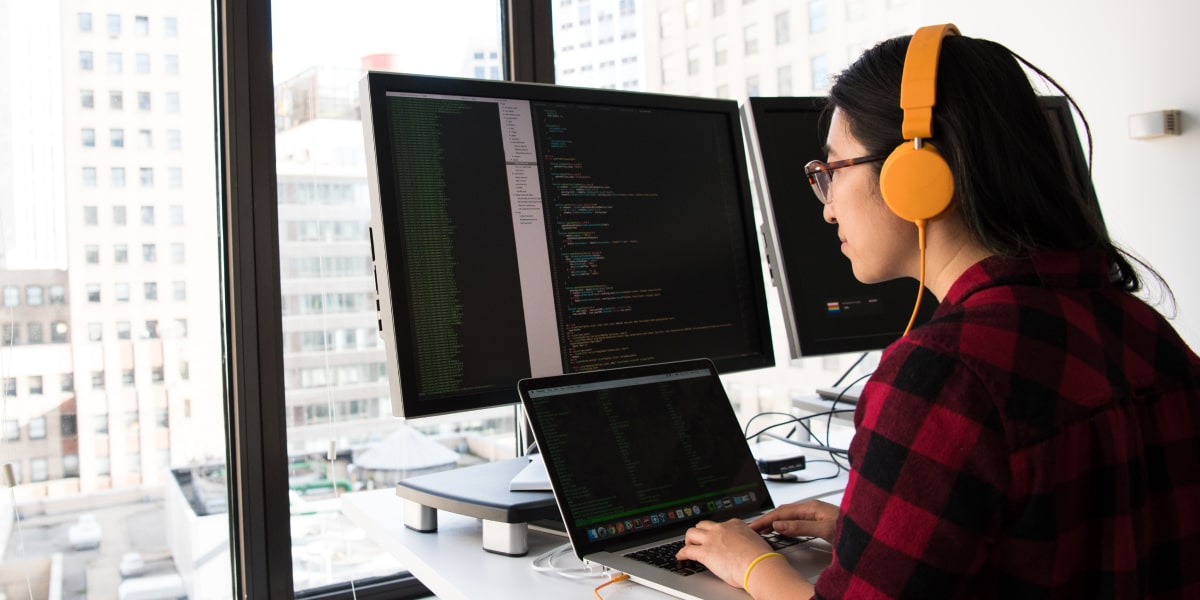 Photo by Christina Morillo from Pexels

2. What are the benefits of being a full-stack designer?

Resourcefulness is both a hot topic and a high-priority in the start-up world. As such, the ‘generalist or specialist’ debate has been raging since the dawn of the start-up era.

Expansive and multi-disciplinary skill sets often come under fire for being too broad or too much work—evoking the fear that you’d be doing the job of 3 or 4 people for the salary of one.

This criticism has meant it’s highly tempting to want to hone in as much as possible when it comes to job specs, and opt for a career that means you’ll excel at one thing rather than being a jack of all trades. However, being a full-stack designer and having a skill set that straddles multiple disciplines is hugely advantageous.

Full-stack design is especially lucrative if you’re a freelancer. Why? Because, put simply, you can add more value than two specialised designers. Alongside being so much more than just one small cog in a machine, you’re able to track the progress of the project.

Being a full-stack designer also has huge benefits when it comes to the handoff process (when you send your completed designs to developers to be turned into a real product). Generally speaking, there’s still a noticeable discrepancy in both understanding and communication between design and development—or, in other words, an ‘us vs. them’ mentality.

A full stack designer understands the entire process and is able to design with a real concept of the limitations and tangible goals from the development side. They’re then able to listen to the niggling problems and propose solutions, making the entire hand-off process as smooth as butter.

While having such a broad inventory of skills might seem overwhelming, there’s a level of flexibility and freedom that comes with being a full-stack designer.

Full-stack designers are able to choose where they invest their time and prioritise one skill over another if necessary.

Where a conventional designer might have to retrain if they’re growing tired or bored of their specific skill set, a full-stack designer could fill any design role that comes up in the job search. Win-win. 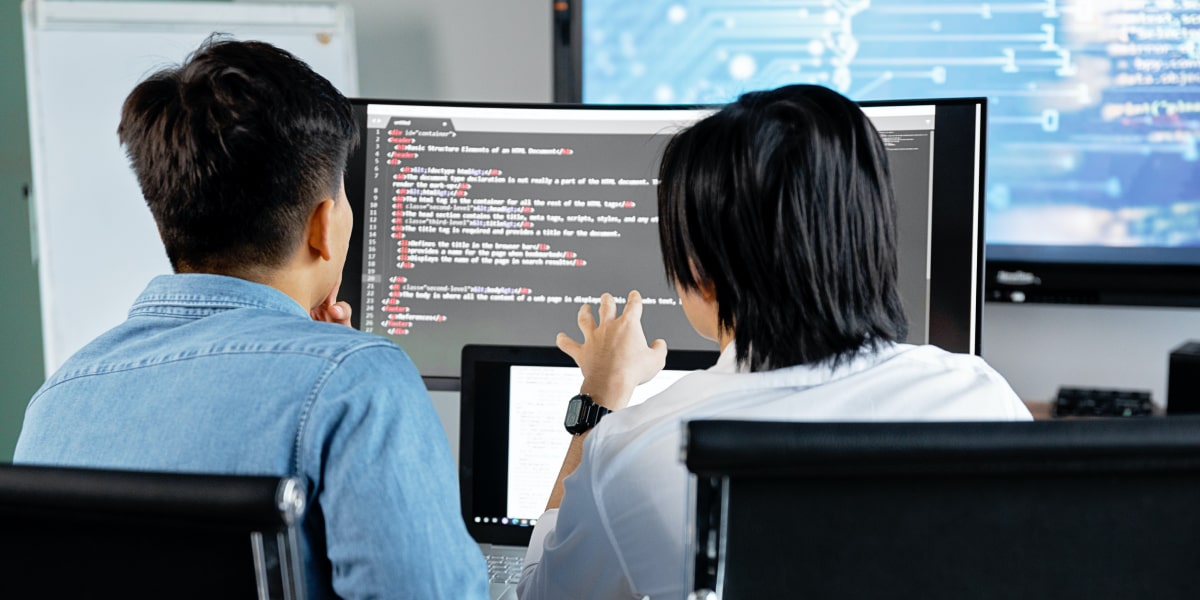 Photo by Mikhail Nilov from Pexels

3. How do I become a full-stack designer?

The first step is naturally to master your UX design skillset. Consider enrolling in a UX course or bootcamp that allows you to specialize in UI design and/or frontend development. That will set you on the right path to becoming a full-stack designer. An understanding of development (both frontend and back end), as well as an understanding of server-management, is essential.

With regards to the other skills needed to become a full-stack designer, you’re in luck—there are so many options when it comes to expanding your current skill set.

If you’re currently in the field, start off by swapping skills with your co-workers and setting up some lunch n’ learn sessions between teams.

This will help you to identify gaps in your knowledge, gain first-hand experience from the same people who are working on the projects you’re working on, and to contexualize what you learn in highly practical ways.

The most conventional road to becoming a full-stack designer involves enrolling in an online course that offers fundamental design skills, such as UX and UI. This will allow you to gain the necessary qualifications and get the most comprehensive insight into the different areas of design.

Before you make a decision about how to go about becoming a full-stack designer, start by having a brainstorm about the skills and experience you’ve currently got.

If you’ve had the opportunity to work across both design, coding and/or development, it’s possible that you already are one (congrats!) Even if that’s the case, it’s still worth considering classes in UX writing or project management to really round out that full-stack design skillet.

If you want to explore UX design further, check out these articles: