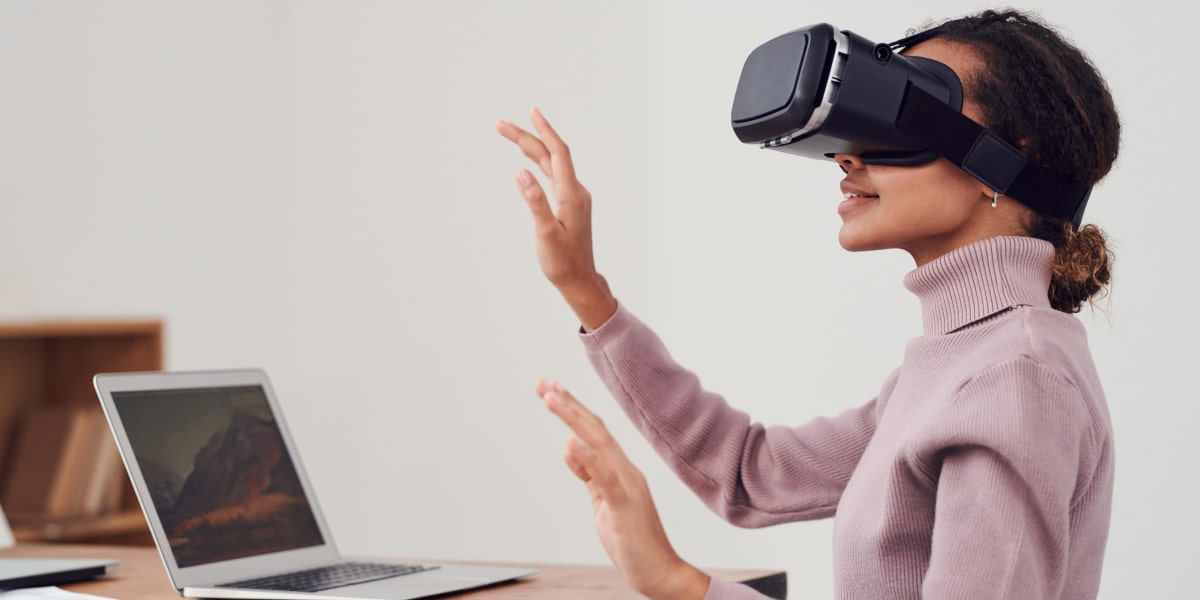 So you’re curious about a career in UX design, but uncertain about what the future of UX really holds. You’re not alone! Let’s have a look at the state of things.

The world has undergone some pretty intense changes in the last few years. We’ve collectively endured a global pandemic, seen the rapid rise and integration of social media into our everyday lives, and are witnessing some wildly futuristic advances in technology. These increased technological abilities combined with the current state of the world has kept designers on their toes when designing solutions for our modern-day challenges.

So…what is the future of UX? Let’s find out.

Before we get started, if you’re brand new to UX and you’d like a brief overview of what UX design is at it’s core, check out this video:

Before we take a peek at the future of UX design, let’s look at where we are now.

UX has come a long way since Don Norman coined the term “user experience” in the early 1990’s. According to the Nielsen Norman Group, the number of UXers has increased from 1,000 to 1 million between the 1980’s and 2017. They predict the profession to grow further from 1 million to 100 million UX professionals by 2050.

What can we attribute this exponential growth to? Nielsen Norman breaks it down to three main reasons:

Before personal computing, the people purchasing computers and mainframes were rarely the ones actually using them. So, as the general public began to use personal computers, the usability of the digital products had a greater impact on sales.

Then came the web revolution of the 1990’s and early 2000’s. Before this time, a user would normally purchase a product before installing and interacting with it. After the website boom, user’s had to interact with a company’s site prior to paying for the product. Therefore, it was crucial for businesses to invest more in their online presence.

Lastly, as UX entered it’s “Golden Era” from 2010-2017, more people became familiar with the discipline and word about the importance of carefully designing the user’s experience quickly spread to mainstream media. Company executives, startup founders, and hiring managers observing all this positive PR became eager to make room for UX professionals on their teams.

Yet, with all this rapid development of the UX profession and nearly 1 million UX designers employed around the globe, the NN Group forecasts this progression to slow from a growth factor of 1000 to 100. What can we hold responsible for this predictive drop? There are a few reasons we’ll discuss in the next section.

2. Is the need for UX disappearing?

In short: No. The need for UX is not disappearing. Simply put, the nature and texture of the work does what just about every tech field does—it adapts and evolves to meet users’ needs as new technology comes on the scene.

Since the Golden Era of UX, paying mind to the user’s experience has become a given. Very few CEO’s have to be convinced of the importance of designing enjoyable interactions and creating high-quality designs has become more accessible to crossover professions and entry-level designers.

While senior UX designers are still highly desired and sought-after, the access to such advanced and complete design systems has launched junior designers to a similar skill and ability of many higher-ups. Many are concerned that the UX career ladder is becoming stagnant. But this is simply not true.

UX designers are just as in demand as ever. Because the field adapts and evolves with technological advancements, the expectations for UX designers naturally evolves along with it.

It’s no longer good enough to have stellar mastery of concepts that live strictly in the world of UX. To be a well-rounded and competitive UX designer, it’s smart to have an all inclusive approach to the user’s experience. This usually includes having an understanding of what technologies they’ll be using, how the products are coded and delivered, and the business strategies and goals that get products into people’s hands.

Some say that this has caused the title of “UX designer” to become too muddled, and that having such a broad skill set will ultimately lead to the dissolution of the career—that more designers will be forced to specialize or claim a new title. But it’s important here to emphasize that these “evolved” designers  are not simply acquiring other skillsets; they are learning other skills to add to their UX design expertise, and how they practice those skills is strongly influenced by their UX design mindset.

Finally, the vast leaps technology has taken in the past decade are largely responsible for this swift evolution of the UX designer profession. Some UX designers might worry that eventually AI will do the job for them, and that their positions would become obsolete.

However, while it may be fully possible to ask Siri to build you an app in the coming years, there are gaps that technology has yet to fill. These are gaps that the field of UX design adapts to meet—and it thrives in this rapid technological environment.

In other words: the future of UX is looking good.

To learn more: Are UX designers in demand near you? Here’s the outlook. 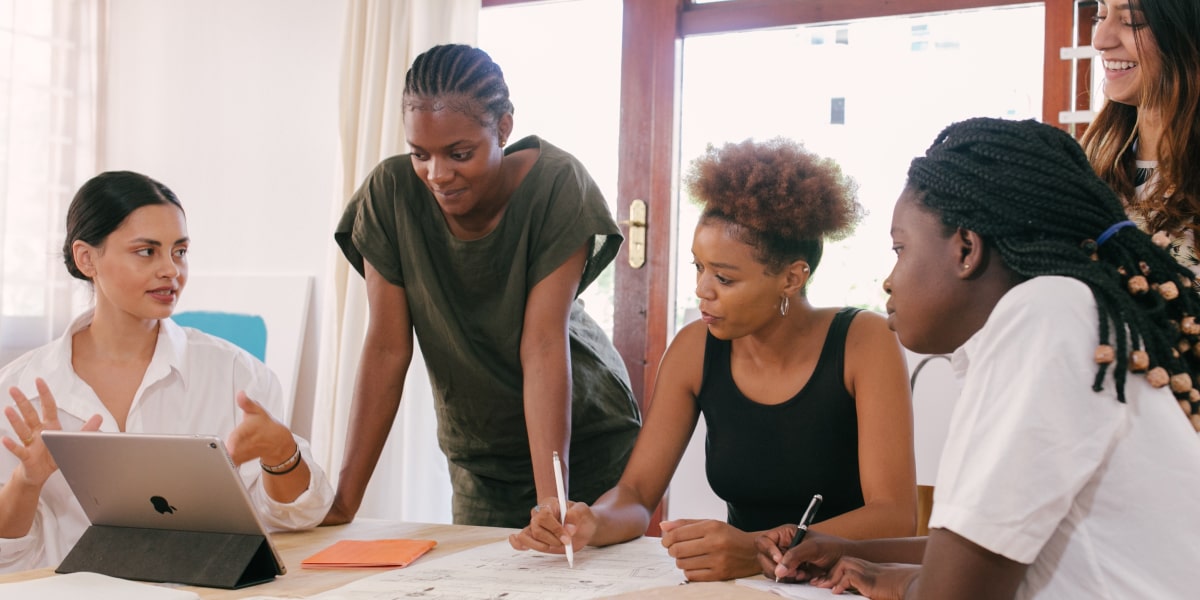 (Photo by RF._.studio from Pexels)

Technology is far from completely abolishing the need for quality UX work. While it may seem like the profession itself is fading, UX is simply just evolving with the times. What we may think of as “UX” will probably look a bit different in the years to come.

Here are some key adaptations and trends we can expect in the future of UX design.

It’s no longer enough to have a useful product that solves the user’s problem. Now, and in the years to come, user’s are expecting more. The products they use should be just useful as well as easy to interact with, engaging, and visually appealing. Motion design is a great way to keep users hooked and make their experiences frictionless.

Filling blank spaces with relevant animations and lively transitions are a great way to appeal to the user’s emotions, keep them engaged, and make their experiences feel smooth and seamless.

Users are also relying on mobile devices on a more regular basis. They expect to be able to achieve everything they would be able to on a website on a smartphone or tablet. Smaller devices means less screen real estate.

This is where utilizing gestures (like swiping, pinching, tapping, or tilting the screen) is key. Designing intuitive gestural interfaces allows more content to be stored within an app without overcrowding the screen and overwhelming the user.

The future of UX is a specialized future. As the expertise and capacity of UX designers of all levels increases, it’s going to become much more important for designers to have a specialty or focused discipline.

This is already being reflected in many of the current job listings for UX positions. We are seeing a trend of companies asking for combination UX/UI specialists, interaction designers, UX researchers, content and product designers, and even voice-guided UI specialists.

Moving from being a generalist to specialist is quite easy with an already established background in UX. Now is a great time to expand your skill set and diversify your expertise. Learning to code, brushing up on design strategy and team leadership, or getting more into analytics are great ways to think ahead and set yourself up well for your future in UX. Great news for aspiring UX designers: the best UX bootcamps offer specialization courses to help you get ahead in this area.

Designing for VR/AR, 3D interfaces, and even zero UI 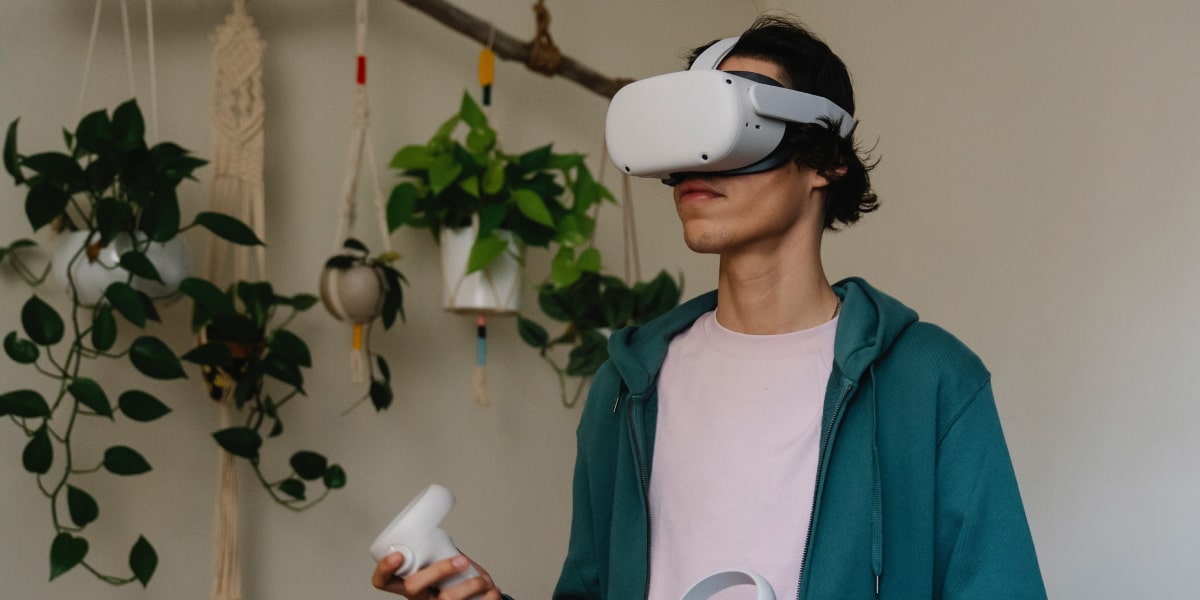 (Photo by Eren Li from Pexels)

There’s no doubt that futuristic technologies like virtual reality, zero UI products, and 3D interfaces will become more accessible and widely used as time goes on.

Corporations like IKEA, Target, and Home Depot are already incorporating augmented reality into their online shopping experiences. And let’s not forget when Pokemon Go’s AR technology took over the globe. Whether it’s partial-, full-, or mixed-reality, a wide range of companies are gearing towards using these simulated environment technologies and users are more excited than ever to interact with them.

Therefore, it’s crucial for designers to start understanding how to design for these technologies. Take 3D interfaces and zero UI devices, for example. Products that utilize these technologies rely heavily on users voice-commands, gestures, glances, and one day even thoughts and feelings to manipulate and interact with the product.

Moving forward, UX designer should at least understand the importance of effective animations, intuitive gestures, and designing in more than one dimension.

There’s been a big push for no-contact interfaces since the start of the Covid-19 pandemic. With health and safety at the forefront of everyone’s mind, more designers than ever are creating products that rely on voice command instead of touch has become

Learn some voice user interface design or at least develop a good understanding of how to design visually in ways that cooperate with voice commands. Relevant and effective visual instructions, confirmations, and animations are what UX designers will have to master as the world becomes more reliant on voice activated devices.

It’s always been the mark of a great designer to be able to analyze past and present data and predict the user’s behaviors and needs. But with the ability for artificial intelligence to do virtually the same thing in half the time, will the need for UX designers decrease? In short, no.

While AI has the ability to analyze large amounts of data and create quick and effective prototypes, it still lacks the wherewithal to tackle the sensitive challenges that someone who actually lives the human experience can understand.

UX designers will still be needed in order to determine what problems need solving, what the right questions to ask are, and applying empathy to user challenges involving illness, disability, finances, and family, for example. AI will definitely make the job of UX designers faster and easier as they’ll be able to hand off most of the data analysis to AI systems and put more energy into their designs.

But there are many issues that arise that AI systems can’t fix, that they actually cause, or that simply need the human element to be solved.

At this point you may be wondering whether UX is a promising field to enter or, if you’ve already had some time as a UX designer, if it’s time to make a career change. While the profession is most certainly evolving, it is by no means disappearing anytime soon.

The requirements and skill sets of UX designers are adapting to our high-tech lives and what veterans of the field think of as UX might look a bit different in the coming years as new technologies, new user demands, and greater areas of specialization impact the UX industry.

But UX design is a solid and necessary discipline that provides an incredibly comprehensive base for product development, physical interaction design, UI, and even coding.

Now is a fantastic time to enter the UX field and witness the incredible advances it will endure throughout the next decade.

If you’d like to learn more about UX design, here are a few other guides you’ll find helpful:

(Header image by fauxels from Pexels)