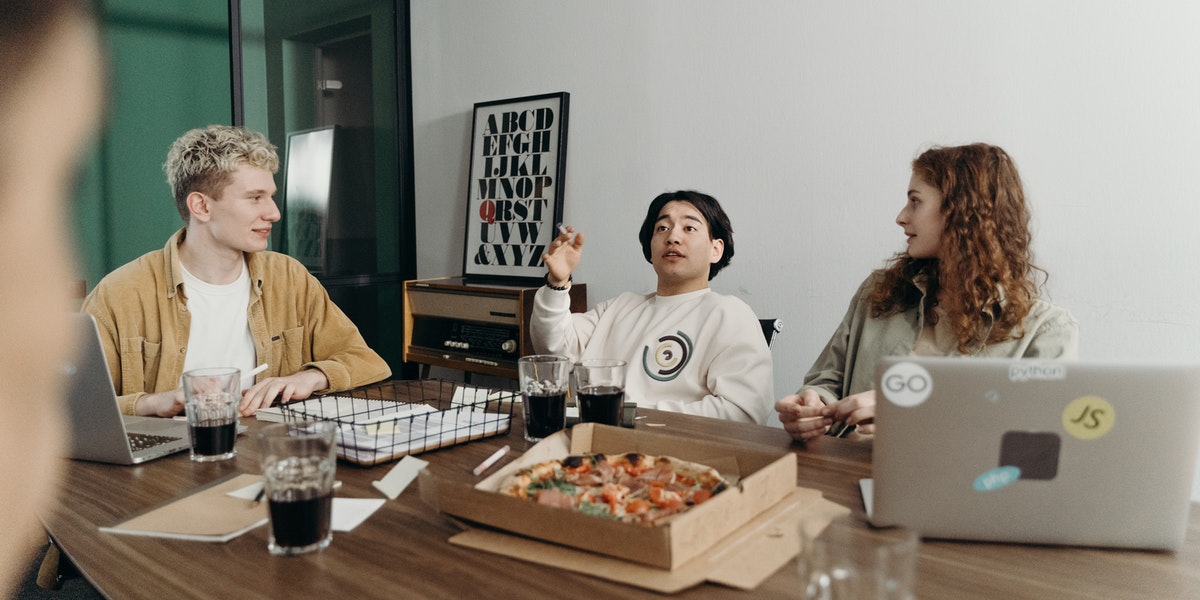 The first thing you need to know about Sam is that he’s a local hero. Having trained as a musician, he enrolled in the CareerFoundry Web Development Course four years ago, and now he’s Head of Web Development here. True story.

His story is inspiring, and it’s a testament to the quality of the course—and his character and application—that he’s been able to climb so high, so quickly. It’s also a sweeping, resounding affirmation that, yes, you too can learn to code and pivot to a career in web development later in life, even if you don’t have a background in mathematics or a childhood spent dismantling and rebuilding computers.

So how do you do it? Who better to ask than Sam himself.

What tips do you have for someone starting out in Web Development?

If you’d rather watch this article instead of reading, we got Sam to go through his tips in a video as well:

There’s a huge amount to learn in the world of web development, and it’s difficult to know where to begin. Don’t be scared. Believe me: the large majority of seasoned developers are equally overwhelmed by the plethora of new languages, frameworks, trends, and tools out there. The key is focus. You don’t need to learn everything all of the time. Learn incrementally, take moments to recognise your progress, and embrace the freedom and opportunities the field provides, rather than being overwhelmed by it.

2. Start with the basics

So you’re not panicking and your pulse rate is safely within the range of 60-85 beats/minute. Excellent. But now, in your state of quiet contemplation, you’re wondering where to begin. That’s completely normal—some people start with one of the easier programming languages to learn to see if they like, with a goal in mind (more on that later). I always recommend starting at the beginning, which means pure HTML, CSS, and JavaScript (ES5).

Let the complicated stuff look after itself. Don’t concern yourself with frameworks, libraries, or the most recent developments in PostCSS and ES6, ES2021+… In fact, if those intimidating assortments of numbers and letters are an immediate dissuasion, just forget you ever saw them for now. Once you’ve covered the basics, you’ll automatically end up looking into libraries and frameworks. Why? Well, because people wrote those things to make working with HTML, CSS, and JavaScript easier.

If you’re training yourself up in web development, you’ll naturally be spending a lot of time on the internet. And if you’re spending a lot of time online, there’s a lot of potential to get distracted and overwhelmed by the volume of learning material. Not to mention Facebook, YouTube, and Instagram notifications. (If the internet had a surname, “overwhelming” and “distraction” would be its middle names)

So how do you keep yourself on the straight and narrow? By developing your own passion project—my best piece of advice is to develop your own projects and break these down into manageable goals. Which app would you like to build? What’s your grand idea? Once you get shin-deep in your project, the motivation becomes intrinsic, and every time you find yourself saying, “I have no idea how to do this,” you push yourself to research and find a way. Personally I’ve always found this project-based, problem-solving approach the best way to internalize and memorize what I’ve learned.

So for starters, why not build your own website? In this video Abhishek, one of our in-house web developers, shows you how:

Nowadays you’ll hear people say that you don’t have to write a lot of code yourself because there’s a plugin for everything—or a framework you should use that other, more experienced developers have already made. There’s a lot of truth to this, of course. The developer community is renowned for its dedication to open source and building things which make our lives easier. But…by making our lives easier, it also makes our learning simpler, and our experience shallower.

To become a good web developer, you need depth. Yes, you’ll learn how to use the particular plugin you’ve implemented, but you won’t learn the language behind it. Mastering the language will make you a far more competent developer in the (slightly) longer run than if you just juggle plugins. Try to build things yourself. The code won’t be the cleanest in the world, and you’ll make a lot of mistakes, but you’ll learn from these mistakes, and learn quickly. I’ve rewritten some of my personal projects three or four times in their entirety in the past. Why? Because a few months later I realised I could code them much more efficiently—much more cleanly. And it’s at moments like those, when you revisit your own code, that you realise just how much progress you’ve made!

5. Learn what you love

Web development has so many facets. You’d don’t need to do everything, and don’t need to do something you don’t enjoy. If bugs in the backend bug you, and solving them isn’t a source of dopamine spikes, then don’t be a backend developer. That’s completely fine.

Perhaps you like making things pretty—we all know the internet could often do with being a bit more beautiful. If this sentiment chimes with you, then perhaps frontend development is the right thing for you.

And the division between frontend and backend development only covers the first level of specialisation: If you don’t like fixing bugs but you do love finding them, then the life of a QA engineer could be the job for you. Web development is a rich topography of possibility: don’t do what you hate just because you think you have to. Pursue a passion.

If you feel like you need more tips, have a look at some of these articles: