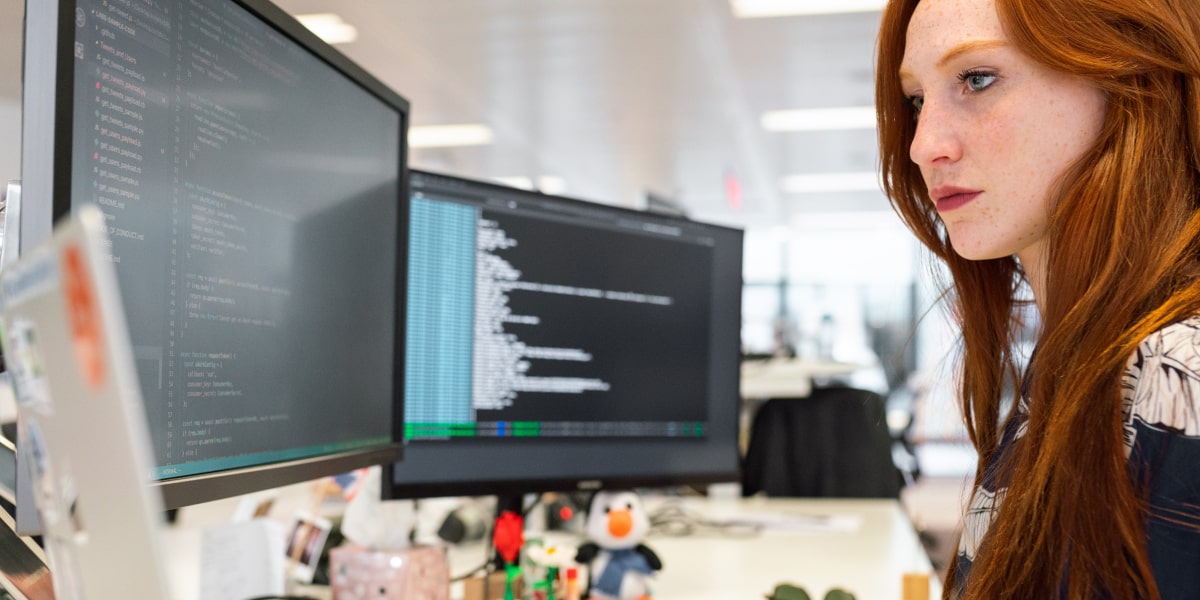 In recent years, the web has been getting more and more ingrained in our daily lives. We use it for everything, from shopping to banking or reading the news. The demand for web development talent is as high as ever, and the scope of what programmers can do is huge. If you’re only learning about this world and you’ve learned what a web developer actually does as part of their day-to-day job, this could be a good way of getting clued in about what’s hot right now.

As the year draws to an end, I can’t help but wonder what next year will have in store for us. Will the web weave its way into even more areas of our life, filling it with even more confusing buzzwords that we have to pretend to understand?

Here’s my list of the top web development trends that I think will reshape the tech landscape in the next while:

The biggest web development trends at the moment

Whenever you talk about the future of technology, artificial intelligence (AI) is always high on the agenda. But right now, I think it is actually justified. A lot of advances have been made in the field of AI in the last year.

AlphaGo, a program built by Google DeepMind, became the first program to beat a professional Go player. If you don’t know what I’m talking about, Go is up there are one of the easiest coding languages to learn right now.

Some of the biggest tech companies, such as Google, Microsoft, and Facebook, have been releasing their AI technology to be used by the public. Artificial intelligence is already used by large applications, either to improve search engines, like in Google’s case, or in Wikipedia’s case to identify inaccurate or damaged articles.

With easier access to the necessary tools for AI development, we can expect developers to start using AI in new and different ways in the new year. What’s more AI already features heavily in data analytics, so expect the rest to follow suit.

One such example is AI-driven web site creation. For example if you sign up for The Grid, your AI web designer Molly will ask you questions about branding, colors, layout and content, and then, based on pre-programmed algorithms, automatically create an aesthetic website for you. You can ask Molly to update the website as many times as you like, until you get it just right. (All the while contributing to the machine’s learning.)

Another topic that always seems to surface when discussing the future of technology is virtual reality or VR. This trend has already started to sweep the gaming industry. The Oculus Rift and PlayStation VR bring new and interesting possibilities to the world of gaming, but it won’t stop there.

Companies including Google and Mozilla have begun work on APIs to help VR technology transition to the web. As standards develop, we expect more and more applications to be developed using VR technologies.

The internet of things is a movement where typically non-internet-connected objects are given network connectivity in order to send and receive data. These objects can range from your toaster or kettle, to sensors on motors or sensors embedded in concrete to detect cracks and weaknesses. Anyone who owns an Amazon Alexa, Phillips Hue light, or Google Nest knows what I’m talking about.

Web developers may not be directly involved in the creation of such devices, with UI designers working more heavily through voice user interfaces. However, it’s likely we’ll be involved in the development of applications that use, analyse and display the devices’ data. Companies such as Xively and BugLabs have already started working on APIs that can be used by developers to communicate with IoT devices.

Though IoT brings a lot of opportunity for innovation, some concerns have been raised, especially around security. No doubt web developers will have interesting challenges to face – helping to protect our fittings and furnishings from hackers.

The newest version of Rails, Rails 5, was released in back in June 2016. We expect its popularity to grow as it continues to mature. This release of Ruby on Rails came with some interesting additions that web developers should get excited about (aka “now for the science part”):

2016 also saw the release of Angular 2, and with it came a lot of changes – Google’s frontend JavaScript framework has been completely redesigned.

It now takes advantage of JavaScript ES6’s features, applications are written in TypeScript, and they now moved towards a more component driven architecture.

Along with its release, Angular now has a more defined and regular release schedule. As they explained in this post, they intend to release three minor updates and one major update every 6 months, which means that we’re sure to see a lot more changes in this widely popular framework.

Package managers are incredibly popular tools, especially in the frontend JavaScript communities. They make it easier for developers to install, update, configure and uninstall code modules within their applications. They do so by communicating with a registry of code modules and manage the various dependencies code modules usually have.

The most popular JavaScript package managers are NPM and Bower. However, a new package manager has been developed by Facebook, in collaboration with Exponent, Google and Tilde. We expect its popularity to grow.

Yarn aims to address issues Facebook have experienced with NPM, particularly in areas such as performance, security, and consistency. This new package manager still has access to the NPM and Bower registries.

For example, when using NPM, depending on the order in which modules are installed, developers might end up with two different versions of a particular module in their local development environment. This can cause issues where everything works fine on one developer’s machine but not on another’s. To address this issue, Yarn uses lockfiles to tie modules to a specific version within a project, thus assuring that the same version is installed on all developers machines.

Static website generators create websites from plain text, usually stored in files and not in databases. In certain situations, static websites built by generators such as Jekyll, allow for some advantages, such as increased speed, security, ease of deployment and their handling of traffic surges. However, they have no real time content or user content (such as comments), which have become a “must” on the web today.

As Content Delivery Networks and APIs become more and more the way of life of the web and make it easier for content and templates to be deployed, many devs think static site generators might be an interesting area to watch in the coming year.

Separating the templates and markup from the “full-stack” way of thinking might just make static site generators the “it” thing again.

If you’re interested in design, here are a few trends to watch out for next year:

The web is an interesting place, where nothing stands still for too long. Information is always changing and the methods we use to deal with that information will always evolve along with it. If you’re interested in reading more, then check out these articles: