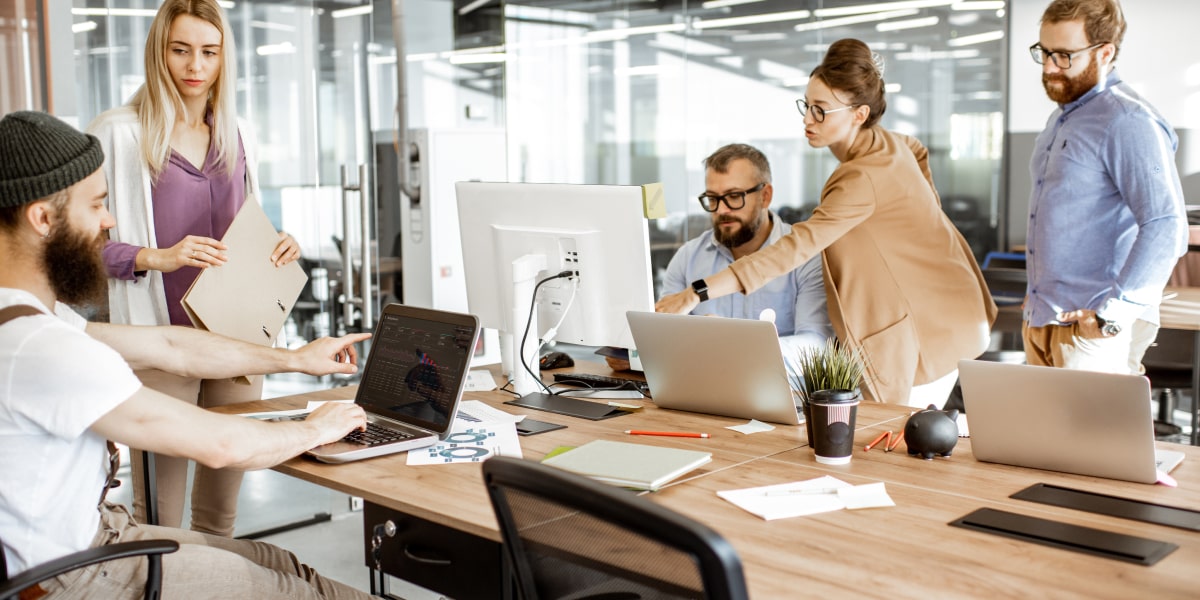 Often, frameworks can supercharge a coding language, opening it up to a whole world of new applications. That’s exactly what this one has done for Python and web development. That isn’t an overstatement, either—Django was the third most-wanted framework in 2021, according to the StackOverflow Survey. So, how do we find out what all the fuss is about?

We’ll do that first by looking at how developers use Python in general, and then take a look at Django itself. Next, we’ll discuss some of the pluses and minuses of the framework, and then how you can go about learning it.

If you want to skip ahead to a section, simply use the table of contents:

1. How do web developers use Python?

Such is its wide variety of uses and applications, Python has become the coding language of choice for far more than just data analysts. Any language known for its impactful combination of beauty and simplicity was bound to be used widely when possible, and Python is a triumph of this.

Thanks to the Django framework, web developers are given full-stack capability with Python. There are so many advantages of learning Python for web development, but right up there at the top is the Django framework. Those of you looking to become a full-stack developer will find that this framework integrates very smoothly with a variety of popular JavaScript frameworks. So, what is Django? Let’s find out.

2. What is the Django framework?

We know frameworks are a set of tools and modules to help save web developers hours of time and effort. Perhaps even days and weeks!

If you didn’t know this, then fear not—we explain more in our complete beginner’s guide to web frameworks. Examples of other Python web frameworks include web2py, Pyramid, CherryPy, and Flask. But let’s talk about the most popular of them—Django.

Described on Python’s official website as “the web framework for perfectionists (with deadlines)”, Django is a full-stack framework for web developers working with Python.

Essentially, its aim is to reduce the overall web development process when building web apps. Just over fifteen years old, it offers tools for data validation, caching, logging, pagination, authentification, and static file management in web apps, among many others.

Like fellow star framework Ruby on Rails, Django follows the DRY principle popular across web and software development. Short for Don’t Repeat Yourself, this concept is designed to avoid the formulaic repetition commonplace when building structures out of code.

By eliminating the need to use boilerplate code, Django saves web developers huge amounts of time and allows them to focus on what’s different about what they’re building, instead of spending lines and lines of code getting to where they want to be.

3. Advantages and disadvantages of Django

We’ve mentioned a few of them already, but it’s important to look at the reasons why you should choose Django for a project or the next thing to learn. Knowing which kind of tasks a certain framework is or isn’t the tool of choice for can save you a lot of time in the long run. Here, we cover some upsides and downsides of Django.

The whole idea of Django is to allow it to build and scale up projects incredibly quickly, which is one of the main reasons why it’s so popular in tech startups. It skips a lot of the manual steps that would normally be involved in building something that can slow web developers down, allowing them to focus on the bigger picture.

Django framework’s open-source nature and popularity has another major advantage—just how much help is out there. Having been around for over sixteen years (half the life of the Python language itself), and with such a broad range of applications, it should come as no surprise how thriving the Django community is.

If you’re new to Django and looking to find the community, the official website is the best place to start. Here you’ll find their RSS feeds, mailing lists, and channels for you to get up to speed and where to look.

While it may not sound that useful, anyone who’s been stuck on a piece of code knows how valuable it is to be able to simply search online and find out how someone solved the issue before them, or to check possible solutions and improvements.

To put it simply, Django boasts one of the best sets of documentation among the open-source frameworks out there. This is because it’s precise and exact, as well as well-organized for web developers just starting out in Python. Most solutions are also ready-to-use, so you can employ them quickly.

The makers themselves have created an incredibly useful guide to the documentation, with different sections depending on how you want to approach the language. Whether you’re looking for help making your code run faster, or for specifics on the framework’s security features, or how to create forms in Django, you’ll find what you’re looking for here—or who to ask.

This is a major advantage of Django, which can often be overlooked. Any backend framework working with accounts and data needs to be able to protect that of its users.

For this reason, Django has a user authentication system, and includes Clickjacking, XSS, CSRF, and SQL injection protection, as well as HTTPS. The best thing about Django’s security features is that all of it comes already set up, so you don’t have to spend any time fiddling with it.

The scalability benefits of the Django framework don’t just focus externally—it extends to what you’re building, too. It could be a content management system or an entire social network, and Django will be able to handle it. You can ask it to carry out some machine learning or complicated data analysis, and it’s flexible enough to handle it

Not good for simpler projects

Django is a high-level framework, and so it lends itself more to complicated features. Handily, if you are looking for the right tool for smaller, easier projects that have potential to grow rapidly, then the micro-framework Flask is the one for web developers. If you’re interested in learning more about it, we’ve written a full beginner’s guide to the Flask microframework.

Can lead to slow websites

For all the speed at which you can build things with the Django framework, sometimes it can result in your website running quite slowly. It’s important to note that this isn’t due to anything particular to the Python language or Django itself, more to the amount of resources you’re accessing with the framework. The more databases and so on that you’re sending requests to, the slower the performance will become.

All this means is that while it’s fun to be able to scale quickly and change direction at the drop of a hat, it’s important to keep one eye on the overall architecture of the project. It could result in speed problems further down the line. That said, this can only start becoming apparent at a truly large scale for your app, and the wealth of Django documentation and thriving community will provide you with the resources to solve these performance issues.

You need to know everything in order to work it

A problem with this can be that Django is too vast at times, and requires you to know the plan of the whole structure before you can actually start building it. That said, the wide range of support resources and community can make this easier, as there is guidance and documentation to follow.

A coding convention is a group of guiding principles to follow when using a web framework—a rulebook of sorts. Whereas Rails has “Convention over Configuration”, Django doesn’t use any conventions, which can put some programmers off, and lead to slower progress at times.

4. How to learn Python and the Django framework

Now that you’ve learned what the Django framework is, it’s not hard to see that it would be a great asset to your web development skillset. So, how do you learn it?

First things first, if you haven’t already, you’ll need to get to grips with Python. The good news is that the language’s popularity, both within and beyond the realm of web development, means that the world is filled with resources. Start with this guide on how to learn Python.

These resources range from YouTube video guides to books, articles, and courses. There are a range of Python specialization courses for web developers, whether you are still trying to choose the direction you want to go in your new career, or you’re a seasoned pro looking to learn new skills and boost your full-stack developer salary.

Once you’re up to speed on Python, then you can get started with the Django framework itself. This can be easily downloaded from their official website, where you’ll also find a useful guide to taking your first steps with the framework.

There’s a whole host of other resources out there, but we particularly recommend Simple Is Better Than Complex’s Complete Beginner’s Guide to Django tutorial series, as well as RealPython’s email tutorials.

In addition to these guides, any Python for web developers course worth its salt will include using the Django framework as part of its syllabus.

The advantages of learning about it in a classroom environment (physical or digital) are stark—you can not only interactively learn about the concepts and basics of using Django, but can have someone look over your own work and answer any questions you might have.

On top of that, your course becomes its own de-facto community of learners, so you have plenty of people to talk to in case you get stuck.

So there we have it—a beginner’s guide to the Django framework, and the advantages and disadvantages for web developers using it. Hopefully by now you’ll see why adding it to your skillset is a real asset if you want to carry out full-stack development in Python, and whether Django is the right fit for a project.

If you’re curious to learn more about Python or the world of web development in general, then check out these articles: