10 Skills You Need to Become a Frontend Developer in 2022 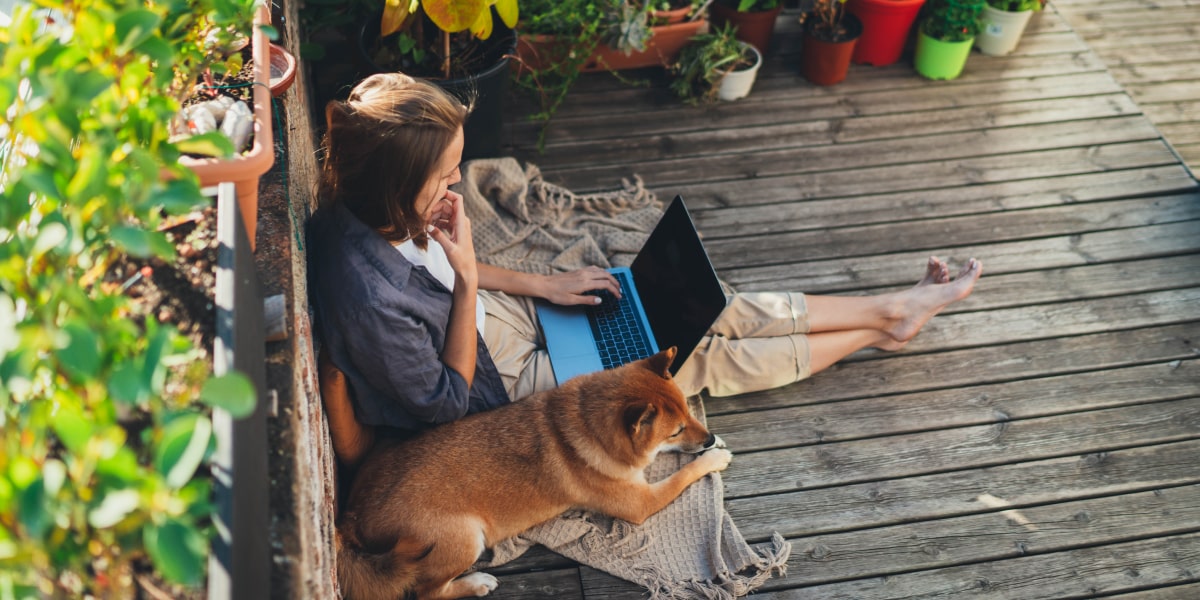 1. What is a frontend developer?

Before we talk about what a frontend developer is, let’s define the term “frontend”. The frontend (or front end) of a website is made up of the components of a website or web application that the user interacts with.

Also called the “client side,” the frontend of the website should be easy to read, simple to navigate, and work with the ever-changing requirements of different browsers and devices.

A frontend developer codes those components with languages such as HTML, CSS, and JavaScript. They usually work on a team with designers and other developers to make a complete website or web application.

Frontend developers are responsible for coding what users interact with. Typically this can involve:

Because of Covid-19, developers are in demand now more than ever. Tech has become a recession-proof career that stood the test of the pandemic’s economic downturn. No matter what is going on in the world, technology is an integral part of life and commerce nowadays.

Frontend developers and anyone who has a hand in building or maintaining websites, apps, and software, are incredibly important in today’s tech-driven world. According to the Bureau of Labor Statistics, job opportunities for web developers are expected to grow 13% from 2020 to 2030–much faster than average.

On jobs portal Indeed.com, there are currently over 39,000 frontend developer jobs open in the United States alone, so it’s fair to say that they are hot property at the moment!

Because of the differing distribution of frontend developer skills, the salary they can earn varies depending on where you work in the world.

To give you an idea of the salary you could expect, we’ve put together a global snapshot. These are annual salaries based on the latest data provided by Indeed for the frontend developer job title.

While you don’t need to be an incredible designer as a frontend developer, you should have basic competency in web design best practices.

Most frontend developers work in conjunction with designers, so you’ll most likely have design support throughout your career. Just like we recommend that designers should learn to code, so too do we advise that you include some design elements as part of your frontend developer skills.

As a frontend developer, you’ll often be working off of a design composition that was created by someone else. A frontend developer’s job is to match the mockup or wireframe and make it functional, to the best of your ability.

Because of this, it’s important to have at least some understanding of user interface best practices. To start you off, we have a simple guide for how to get started in UI design. Frontend developers will also benefit from learning about design hierarchy, typography, whitespace, alignment, and definitely responsive design.

HTML is an acronym for Hypertext Markup Language. It’s used by frontend developers to create the foundation of web pages. HTML can be used to create text, links, pictures, sound, and video on a webpage. This is a crucial frontend development skill, so if you’re not that familiar with it, we’ve created a beginner’s guide to HTML to get you going.

If you’d like to get started with HTML, in this video our own in-house frontend developer Abhishek shows you how to create your own website:

Another acronym, CSS means Cascading Style Sheets. CSS is used by frontend developers to tell the browser how to display items on a webpage. It indicates how the page should be laid out, what colors the fonts should be, which shape images display as, and more.

JavaScript is the most popular programming language in the world. Frontend developers use JavaScript to make web pages interactive and dynamic.

API is an acronym for Application Programming Interface. APIs essentially allow two applications to talk to each other. They power instant messengers, weather applications, online processors, Twitter bots, and more.

Web pages can be viewed on a phone, tablet, or computer. Responsive design ensures that the page will look good on any device and will fit the proper dimensions. Responsive design should also be accessible and work on multiple different browsers.

Developers use version control to organize projects and keep track of changes. Git is a system for tracking and sharing those changes throughout development. Git is essential for developers who work on a team. Just make sure you don’t get it confused with GitHub.

All developers need to be able to test their code and find bugs. This sometimes looks like reading code line by line to find an error or completely rewriting sections of code to make sure they function properly.

You might think of them as nice-to-haves, but soft skills are vital frontend developer skills if you want to get hired. Developers need to communicate clearly and know how to ask questions that will help them work on a team. Coders should also be fantastic problem solvers and have strategies for when problems arise.

6. How to become a frontend developer

There are three paths you could take to become a frontend developer. In recent years, most employers have stopped requiring computer science degrees for frontend developer jobs, which creates more flexibility and freedom for those who want to change careers.

A coding bootcamp is by far the fastest and simplest way to become a frontend developer. Most coding bootcamp programs take eight to sixteen weeks to complete. These days, you can even attend coding bootcamps online from the comfort of your home as well as in-person.

The more thorough web development programs not only teach the technical and soft skills that it takes to become a frontend developer, but they also usually provide career support and portfolio guidance. Some, like CareerFoundry, even offer a job guarantee, where if you’re eligible you’ll get a job within six months of graduating or receive a refund.

While you can learn how to code on your own, it requires more time and self-discipline. You can try W3Schools, Free Code Camp, or Udacity to learn how to code for free or low-cost. If you have a strong work ethic and good self control, you’ll be able to learn the technical skills you need on your own.

However, self-study won’t teach you the soft skills or provide the career support that you’ll need to get a job. It can take anywhere from eight weeks to multiple years to become job-ready through self-study.

Another option is a two or four-year college degree. College degrees are the longest and most expensive path to becoming a frontend developer. While coding bootcamps focus primarily on real-world technical skills, job preparation, and soft skills, computer science degrees spend more time on mathematics, theoretical knowledge, and low-level programming.

Degree programs do provide opportunities for internships and will teach you much more than just frontend development. However as well as cost, most college programs tend not to provide the same practical experience or career counselling as programs. On average, the duration of degree programs is two to four years.

As the world of technology continues evolving, there is an abundance of opportunity for anyone who wants to become a frontend developer. With these basic skills under your belt and some guidance from tech career experts, you could be well on your way to landing a job as a junior developer within a year.

If you’d like to learn more about the world of web development, check out these articles: