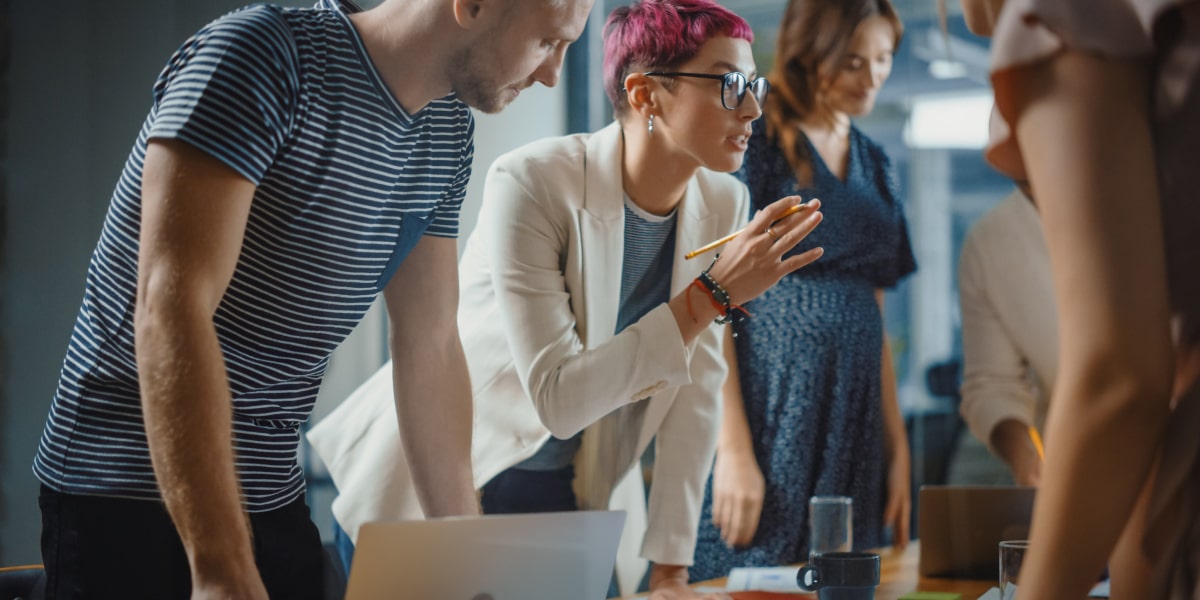 Sure you may hear a lot of buzz about the language and its growing popularity, but that’s just because it’s beloved by data analysts, right? In fact it’s much, much bigger than just data analysis—the advantages of learning Python for web development are plentiful.

Here’s why any web developer, whether they’re a seasoned pro or a complete newbie just starting out, should consider adding Python to their skillset.

First we’ll explore what the language itself is all about, and how Python is used by web developers. After that, we’ll take a look at how you can go about learning the basics. We’ll also consider the advantages of adding Python to your suite of languages.

If you’d like to skip ahead to a section, just select it in the table of contents:

Python has been blazing a trail through the tech world for the past decade, and shows no signs of stopping. Having just celebrated its 30th birthday, Python’s popularity is now almost unmatched due to its simplicity and adaptability.

In fact, according to the StackOverflow survey, Python has been voted the developer community’s Most Wanted coding language for the past five years in a row. It’s also quickly rising up the 2021 TIOBE index of language popularity, gaining on established leader C, which has been around since before the internet itself.

Just like JavaScript, Python is an interpreted (as opposed to compiled) language, meaning that the source code is translated instantaneously by a separate program. The most important thing to remember about this language (and a major part of the appeal of learning Python for web development) is that it prioritizes readability over anything else. In fact, the language has a set of 19 guiding principles to follow, called “The Zen of Python”. No, really.

While it’s true that the discipline you’ll most commonly hear Python being used for is data analytics, the language’s flexibility and ability to handle large amounts of data means it’s also frequently used in software and game development, image processing, AI and machine learning, and of course web development. Let’s dig a little more into the last one.

2. What is Python used for in web development?

Python’s adaptability, open-source nature, and large community have created a world of choice for web developers. The main elements key to this are its frameworks, micro-frameworks, and libraries.

When you ask about Python in web development, often the first word you’ll hear back is “Django”. This is a framework essential for developing server-side web apps, allowing coders to build very quickly without getting bogged down in fiddly details. If you need to create a web app that’s database driven and large-scale, then Django is the one for you.

Any full-stack developer worth their salt in 2022 should know their way around this framework—Django is a key advantage of learning Python for web development. We have a more complete guide to Django, but it’s worth stressing that learning how to work with it is essential for web developers looking to add Python to their repertoire.

Python also integrates with HTML, using Flask to build pages using the markup language. Flask is a micro-framework, designed more for those who want to create simpler features, such as a single-page web application (think Gmail, AirBnB, PayPal, Google Maps…)

Our daily lives are filled with countless real-life examples of Python websites and web apps, from the music we listen to to the TV we binge on at night. So, now that we know the variety of ways in which web developers employ Python code, how do you go about getting started with the language?

3. How to learn the basics of Python programming

Like any other coding language, you’ll need to get yourself familiar with the syntax and basic concepts of Python first. Next, you’ll need to look at data structures, file handling, and other operations in the language.

It’s important to remember that like JavaScript, Ruby, and PHP, Python is typically an Object-Oriented programming language. This means that you’ll have to get to know how the OOP paradigm works. While it can support procedural and functional programming as well, you won’t tend to be using that approach for web development.

Make sure to start by downloading the language—it’s important to note that Python is completely free! You’ll also find that it comes as part of many package tools, such as Anaconda, or pre-installed on devices such as the MacBook Pro. To bring you up to speed on the features of Python 3.8, we’ve created a beginner’s guide to the release. For taking your first steps, you’ll find a useful tutorial on their official website.

Next, you can start having some fun by playing around with the code itself. The best way to do this, like we recommend with all coding, is to build something first. If you don’t feel like starting from complete scratch, then you’ll find the Python Standard Library full of resources.

If you’re looking to bring a little more structure to your Python learning, a free coding bootcamp is an excellent way to take things to the next level, with a great number of offerings online. Further down the line, you’ll have to get to grips with learning Django itself.In terms of a payoff, the advantages of learning Python as a web developer are many. Not only are the average Python salaries pretty high, there are many other benefits outside of your pay packet. Let’s explore those now.

App scripting couldn’t be easier with Python, due to its agile and simple syntax, as well as its many libraries of pre-written code. Furthermore, its easy integration with the language C (more on that later) gives you a lot of scope to create powerful web applications.

It’s also highly useful for API and software testing. Python developers can make an API request and quickly fetch the data needed using easily accessible libraries. The language is based on a wide range of popular testing frameworks, giving developers a huge amount of options, as well as a stable environment in which to try things out.

Python is incredibly useful on the backend for server-side scripting. Clarity of syntax within the code itself doesn’t just make it easier for humans to read, but also for computers to process. This means that compared to other languages, server-side scripting tends to be much quicker with Python.

This is another one of the major advantages of Python in web development, and why it’s been so hot in the tech scene. The language’s adaptability in terms of different approaches, as well as the plethora of libraries full of pre-written code allow you to scale a project incredibly quickly. At the same time, Python’s adaptability is also key if you have to change tack with a project and start building in a different direction.

Now, which part of the tech scene likes to be able to scale rapidly and to change approach at the drop of a hat? Ah yes—startups. Building something with what is ultimately the wrong code can lead to a lot of time lost, and time is money (in this case, venture capital money).

Following on from the previous point, Python’s flexibility and adaptability allows developers to quickly iterate, meaning that what began as a basic mockup can quickly become a working prototype, shortening the overall journey into the complete final product.

We wanted to keep this bit of good news back for you. There are many reasons why we included Python in our guide to the easiest programming languages, chief among them being how the language appears on the screen. Its syntax is full of English words and phrases, instead of looking like an endless pile of hieroglyphics like other languages.

Finally something that does exactly what it says! Web developers often employ Python for this technique to collect data from websites, because it’s simple to use and can handle a lot of data easily.

Once you’ve picked out which data you’d like to scrape from which URLs, web developers typically use Python’s libraries to do the heavy lifting. Instead of spending vast amounts of time writing the code, instead you’ll just have to specify which data to scrape. If you want to learn more about this and how to get started, we’ve written a complete beginner’s guide to web-scraping.

Integration with other languages

Python links easily with languages such as Ruby (using the RubyPython application), C (using CPython), Java (using Jython), and PHP. This makes it possible to connect up and build around previous structures, which is a common requirement in building web applications.

By now it should be clear—Python is not just the plaything of data analysts. In fact, the advantages of learning Python for web development show why this language is so popular with developers in today’s tech world.

If you’re interested in adding it to your own skillset, there are a number of online specialization courses available in Python for web development. For those seeking to change to a career in web development, a good start is to get to grips with what are known as the building blocks of the web—HTML, CSS, and JavaScript. This video serves as the appetizer in a web development taster course in these, as Abhishek gets you started building your first website:

If you’d like to learn more about the world of web development in general, then read these articles: