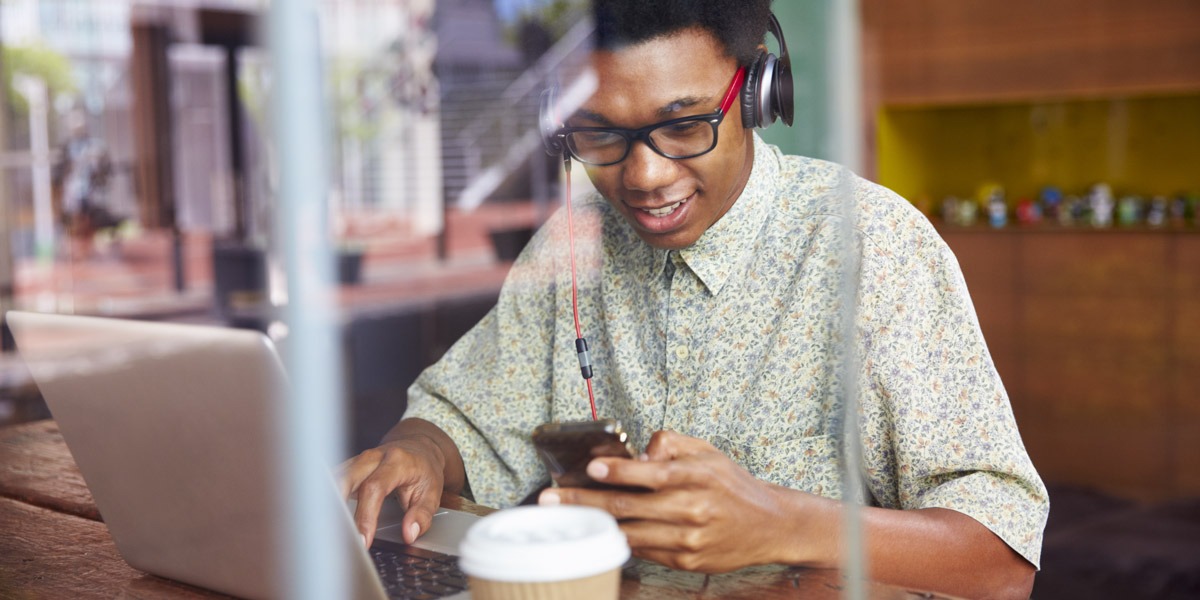 There is a common misconception that native mobile apps and web apps are the same thing, but actually this couldn’t be further from the truth.

Not only are for the user, but also in how they are also developed and deployed, so it’s important not to get the two confused—there’s quite a lot of difference between a mobile app and a web app.

First though, it can be useful to distinguish between web apps and websites. So, what is a web app? Simply put, it’s a website that is designed fluidly, responding to being viewed on a smartphone.

There are many different types of websites out there, some are static and rarely updated, while others are responsive and have a great deal of interactivity.  Web apps, specifically, function like downloadable apps, but all from the comfort of your phone’s browser.

But what is the difference between a mobile app and a web app? Let’s take a look. If you’d like to skip ahead to a certain section, simply use the table of contents.

Native mobile apps are built for a specific platform, such as iOS for the Apple iPhone or Android for a Samsung device. They are downloaded and installed via an app store and have access to system resources, such as GPS and the camera function. Mobile apps live and run on the device itself. Snapchat, Instagram, Google Maps, and Facebook Messenger are some examples of popular mobile apps.

Web apps, on the other hand, are accessed via the internet browser and will adapt to whichever device you’re viewing them on. They are not native to a particular system, and don’t need to be downloaded or installed. Due to their responsive nature, they do indeed look and function a lot like mobile apps—and this is where the confusion arises.

Let’s consider the Yelp native app vs. the Yelp.com web app. If you install the Yelp app on your mobile and then access Yelp.com via the browser on your phone, you’ll notice that the web app has been made to look and feel like the native mobile app: it turns your browser bar red, and when you scroll down, locks the search bar in place. 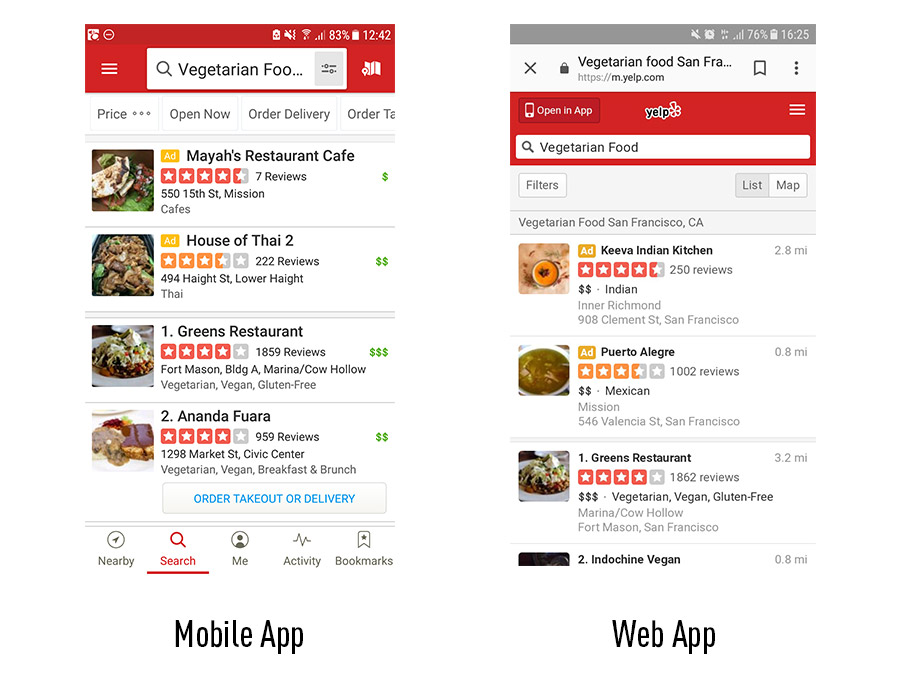 While the designs are similar and follow the same fonts and color scheme, these are essentially two different products.

Web apps need an active internet connection in order to run, whereas mobile apps may work offline. Mobile apps have the advantage of being faster and more efficient, but they do require the user to regularly download updates. Web apps will update themselves.

Above all, the difference between a mobile app and a web app is that they are designed and built very differently. To further contrast between the two, it helps to understand how each is developed.

How are mobile apps built?

Mobile apps are more expensive to develop than web apps, and because they are platform-specific, launching an app across different platforms pretty much means starting from scratch in terms of design and development. However, they are much faster, and tend to be more advanced in terms of features and functionality.

Native mobile apps are built using specific languages and Integrated Development Environments (IDE), depending on the intended platform. Apple devices run on the iOS native operating system, so Apple apps are built using either Objective-C or Swift, and the Xcode IDE. Native apps for Android are written in Java and are commonly built using the Android Studio or Eclipse IDE.

Apple and Google also provide their own development tools, interface elements and software development kits (SDK) which developers can use to build native mobile apps.

How are web apps built?

Web apps tend to be built using JavaScript, CSS, HTML, and Python. Unlike mobile apps, there is no standard software development kit for building web apps. However, developers do have access to templates. Compared to mobile apps, web apps are usually quicker and easier to build—but they are much simpler in terms of features.

If you’re interested in learning HTML, CSS and JavaScript, we’ve got a series of useful tutorials to get you started. In this first one, our in-house web developer Abhishek introduces you to HTML to kick things off:

Progressive web apps: the best of both?

Unlike standard web apps (and more like native mobile apps), progressive web apps are able to work offline, and load extremely quickly. This is primarily down to advancements in the sophistication of the modern browser: thanks to the Application Cache feature, websites can now store large volumes of data offline.

Progressive web apps can therefore be used without an internet connection, giving them some typical native mobile app functionalities such as push notifications, native video and audio capture, and native video playback.

2. The difference between a mobile app and a web app: Pros and cons

Now we know the fundamental differences between mobile and web apps, we can recap the pros and cons of each:

So, now you know what a web app is, as well as what a mobile app is, as well as the major differences between the two. On top of that, you’re now able to pick out the plus points and negatives of each. If you’re interested in reading more about programming in general, then have a look at these articles: