Prototyping is the fourth stage in the design thinking process—and it’s the most “presentable” stage of the process, even if you’re doing rapid prototyping (a much faster and more iterative version). Where wireframing is a quick and dirty process of sketching out your design solutions, prototyping moves the process closer to what the product—or at least that part of the user flow—will look like in the end.

The goal of prototyping is to put your design solutions in action, in a way that allows you to see if they’re actually effective in addressing users’ needs and goals.

And mid-fidelity prototypes fall right in between these two in terms of detail and time investment.

As a new or aspiring UX/UI designer, you’ll be expected to be familiar with a full suite of industry-standard design tools—and to specialize in at least a few of them! But how do you know which prototyping tools are worth taking the time to learn? Check out our list of the best prototyping tools on the market—that should get you started! 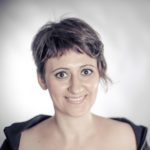 Product Designer (UI+UX) with B2B and B2C experience, having worked in companies from 3 to 7000 employees for 10+ years in 3 different countries. Olga loves sharing her knowledge and inspiring the next generation of UI and UX designers.

How I Became a Design Experience Analyst After the UX Design Program!

Join us for a LIVE interview with Bridget Wu a CareerFoundry UX design graduate who landed a job as a Design Experience Analyst at Accenture in NYC. 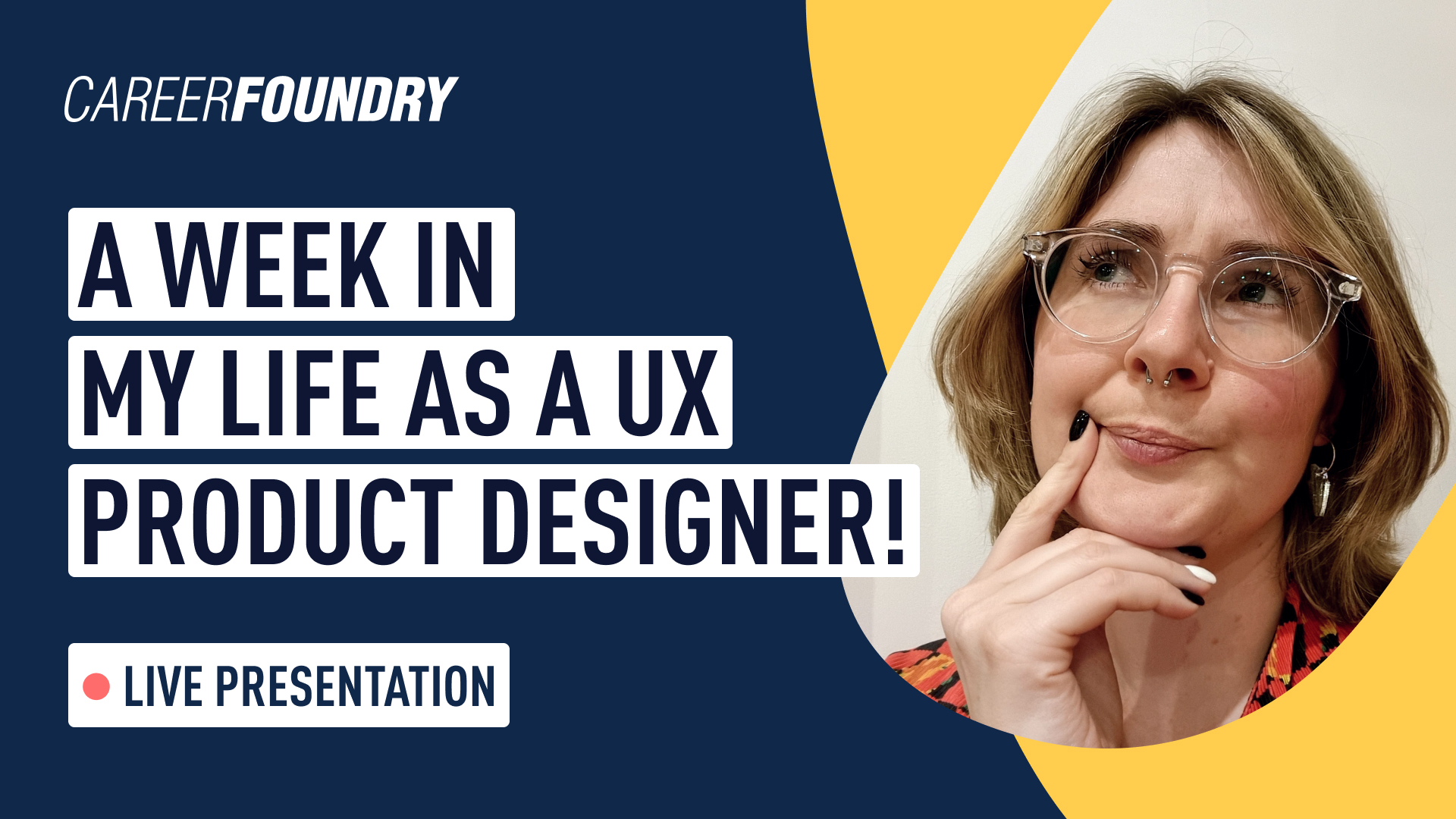 A Week in My Life as a UX Product Designer!

Interested in becoming a UX designer? No doubt you’re curious to know what it’s like on a week-to-week basis. Join this LIVE event to hear all about the exciting projects that Charlotte works on during her week!

In this LIVE interview, CareerFoundry graduate Florian Bölter will explain how he landed a job as a Product Designer, his UI design journey, and his advice for aspiring designers looking to break into the industry!

How to become a UX designer (with Maureen Herben)

In this LIVE event, Maureen Herben, a Product Designer, and CareerFoundry UX design graduate, will be sharing the 7 essential steps and key learnings that you’ll need to start your UX design journey today! 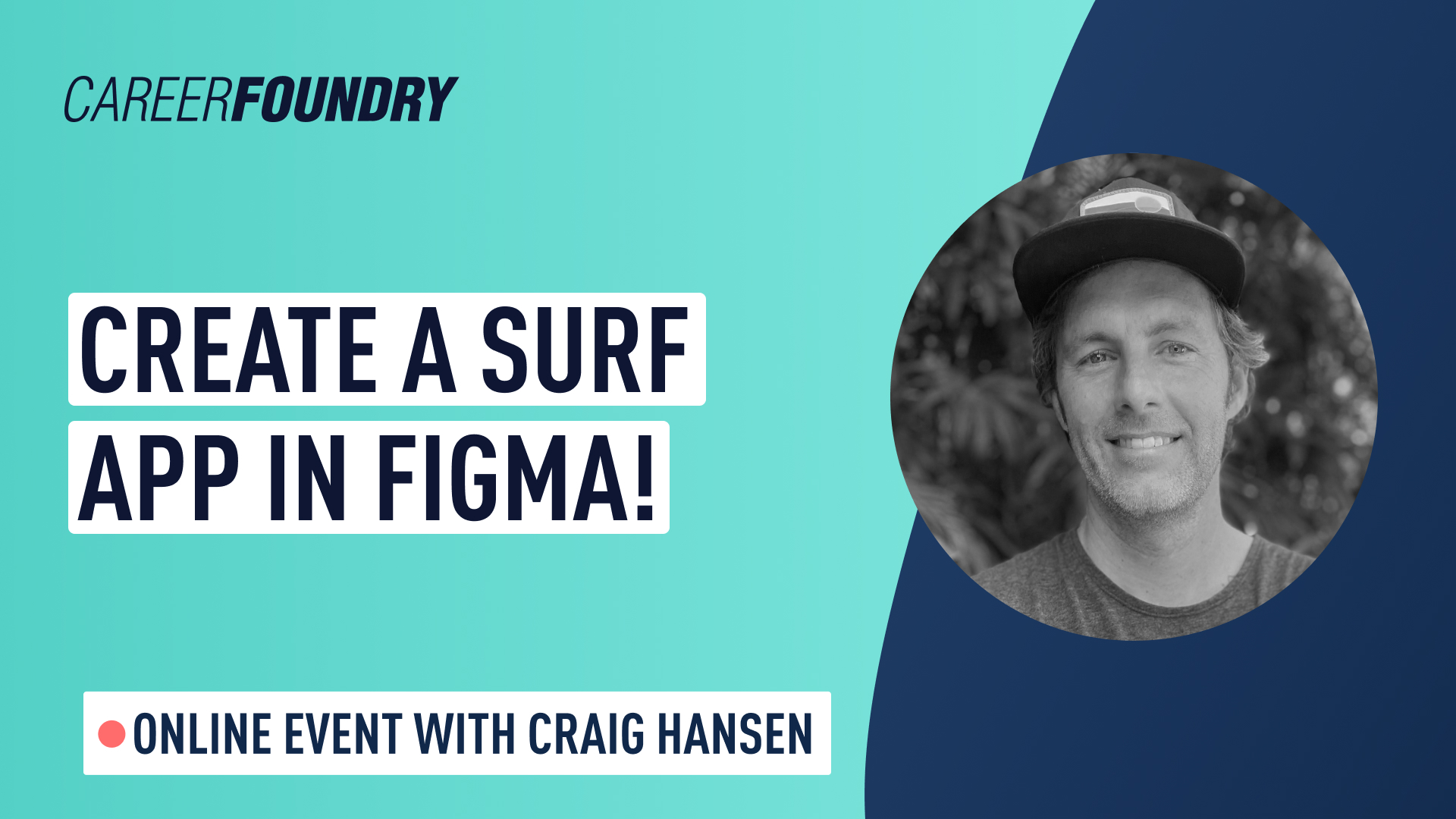 How to Design a Surf App in Figma (with Craig Hansen)

Fancy creating a surf app? Join us for a CareerFoundry LIVE workshop with UI design mentor, Craig Hansen, who will guide you through the steps of recreating your very first surfing app in Figma. Sign up now—places are limited!

How I became a UX Designer (with Charlotte D’Arcy)

Thinking about becoming a UX designer, but unsure what that career change would look like? Here’s how it happened for CareerFoundry graduate Charlotte D’Arcy. Find out how she built a career in UX, and hear her advice for aspiring designers. 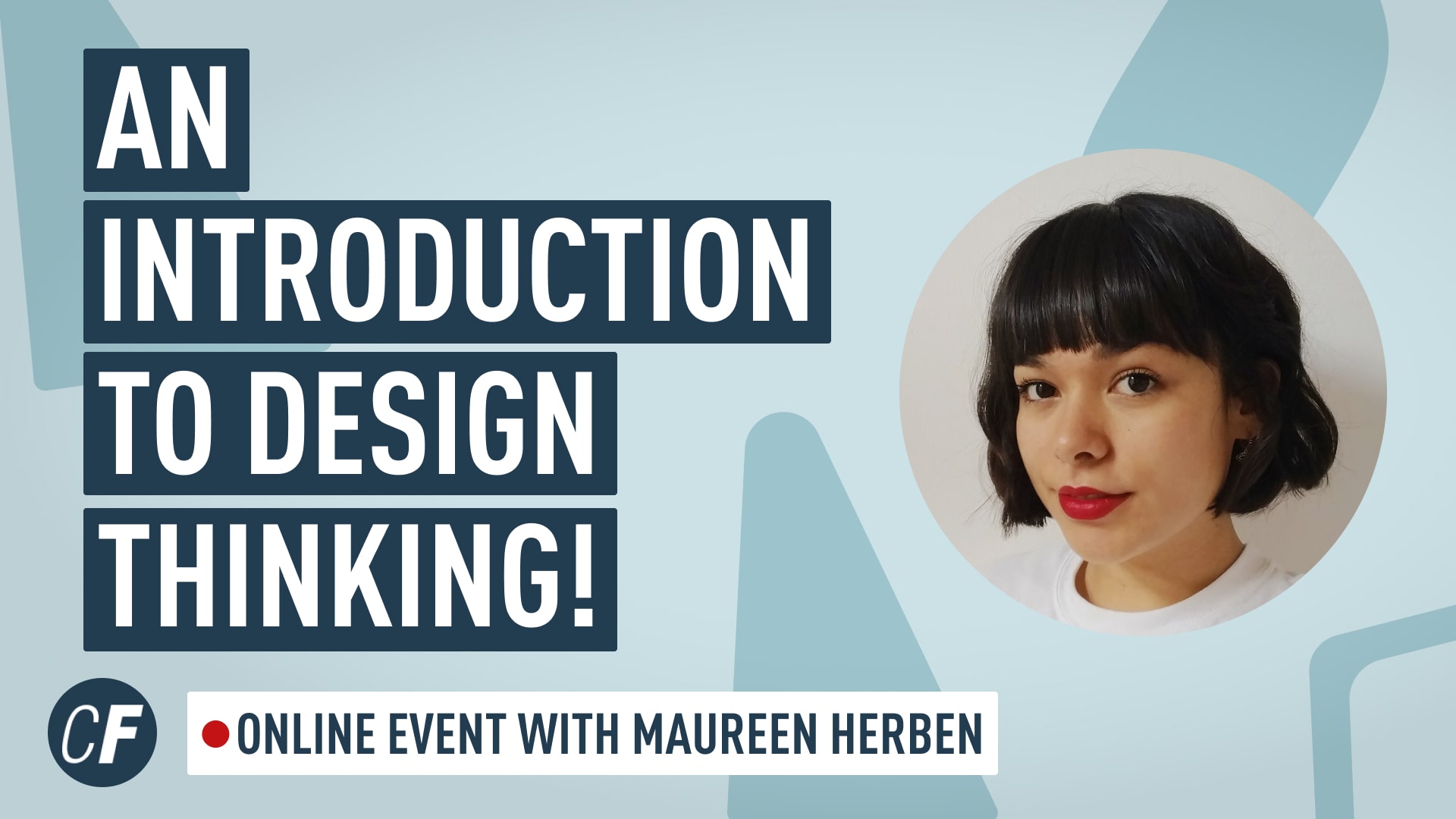 An Introduction to Design Thinking (with Maureen Herben)

Have you been hearing about Design Thinking, but got absolutely no idea what it is? Look no further! Maureen Herben, Product Designer at Zalando, is going to share all her knowledge in this live online event. 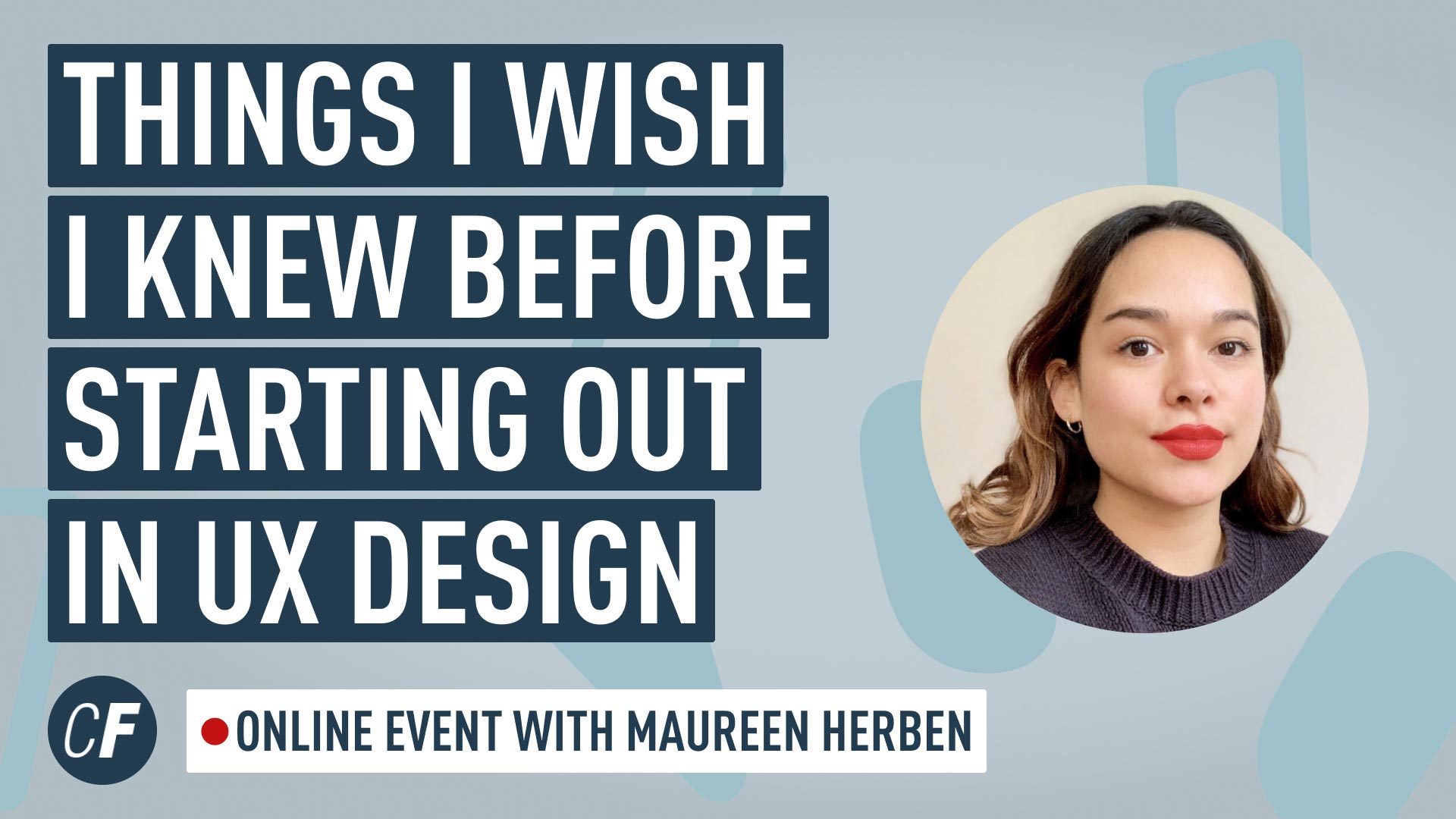 Things I Wish I Knew Before Starting Out in UX

Starting a job in a new field can be daunting—mostly because there’s no way you can know what it’s like beforehand! The next best thing would be to hear from someone else. Learn from a CareerFoundry UX graduate about all of the things she wished she knew before starting her new career. 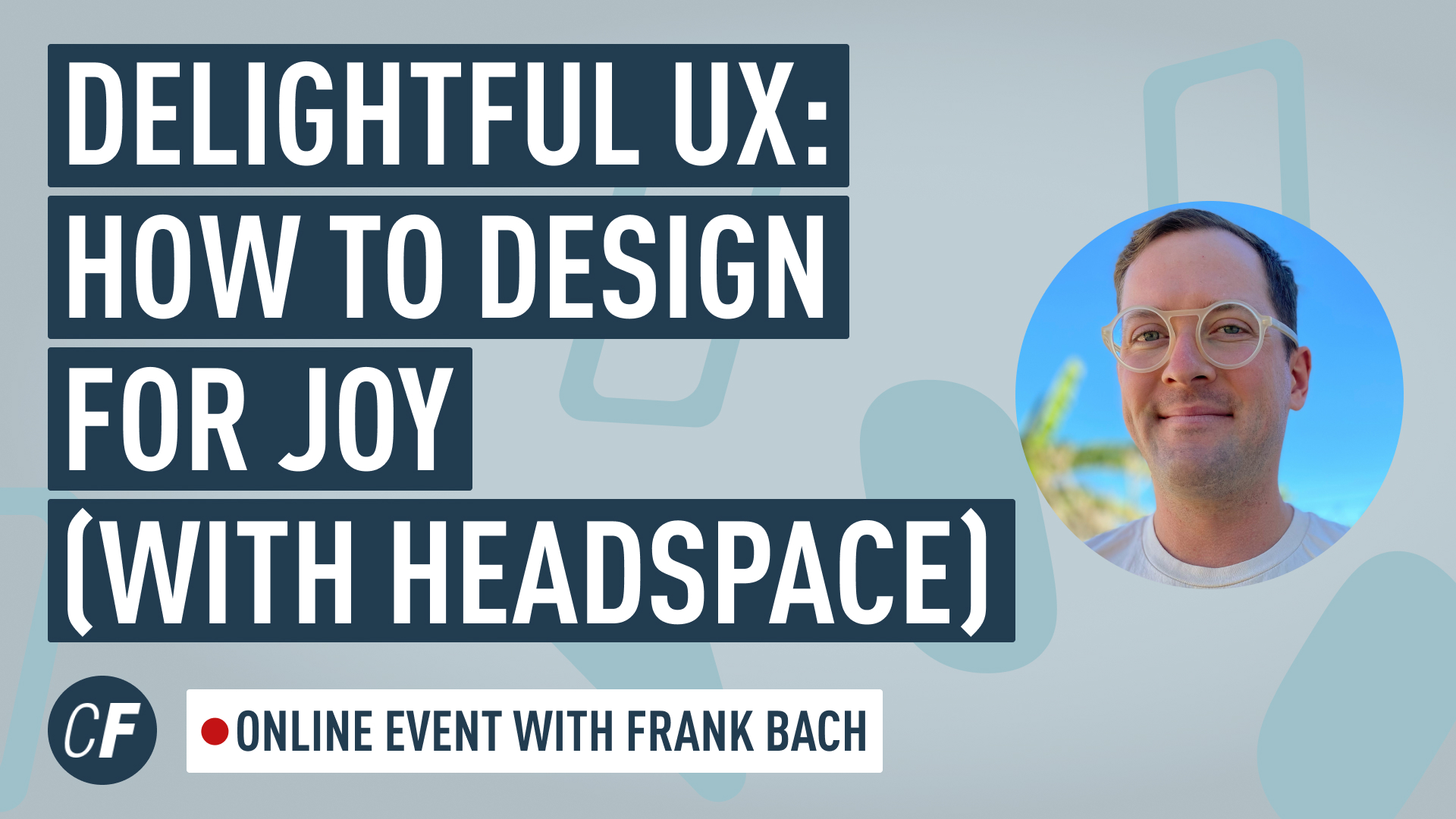 Delightful UX: How To Design for Joy [with Headspace]

What if you could design products that actually bring joy to users’ lives? Learn how to add the element of delight to your designs in this talk with Frank Bach, Lead Product Designer at Headspace.