From Mental Health to UX: Here’s How I Got My Dream Job 4 Days After Graduating My UX Course

It’s not only great for us to hear stories like Lacey’s, but it’s also extremely important. There’s nothing more inspiring than seeing students come from a completely unrelated field, complete the UX program, and land their ideal job within days of graduating—and it reminds us that anyone can change careers.

In this interview, Lacey shares her story of how she found her way to the CareerFoundry UX Design Program and beyond. She also shares insights into how her professional background in mental health and psychology helps with working in UX, as well as advice for those considering a career change themselves.

Hi Lacey! Could you tell me a bit about yourself? What were you doing before you took the UX Design Program?

I’ve been self-employed for almost 10 years before taking the course. Most recently I was doing hypnotherapy. As well as my professional background, I have an associate’s degree in math instead of a full bachelor’s, so I really didn’t see myself as having the “typical” experience for a UX designer.

So what made you decide to change careers?

Even before Covid-19 hit, I was looking for something else. Working as an entrepreneur for so long, I was just getting burnt out having to do everything myself. My husband went to a bootcamp and that’s how he made his transition into becoming a software engineer. Through him, I saw that career change was actually a viable option.

I met a friend who has been working at Amazon as a UX researcher for eight years. When I got talking to him about UX design, I was like, that sounds like an amazing thing—a perfect intersection of design and psychology. So for me with my background in psychology it was really exciting, I didn’t even know this existed!

How did you learn more about what UX is like?

Mostly on YouTube. Thankfully I found a lot of inspiring women in UX because, for me, the UX world seemed to be predominantly driven by men, like the tech scene in general. I found a couple of people on YouTube who really inspired me. But then I found someone who went through a bootcamp themselves and it was huge, I was thinking: “Great! So you’re working in Silicon Valley making $200,000 a year doing this? Okay, this is totally possible for me.”

What made you choose CareerFoundry?

That conversation led me to start looking for different training options. I considered going to university. Ultimately, I decided to sign up for CareerFoundry’s Intro to UX Design course to try it and to see if I liked it. And I did! It felt like a great fit.

Ultimately I think having the intro course was huge, but also seeing CareerFoundry’s job placement statistics and the Job Guarantee was just unbelievable to me. Honestly, the numbers speak for themselves. Clearly you are doing something right. So that’s encouraging.

Thank you! So what were your favorite aspects of the course itself?

Coming from an entrepreneurial background and being a self-starter, the fact that the course was self-paced was really huge. As an avid YouTube user, I liked that there were instructional videos and the student examples helped me the most. The multiple submission model was also great—submit what you’ve got, and we’ll help you figure it out the rest of the way.

Outside of the course itself, the support was fantastic. Having access to my tutor at any time was really helpful. Just so that I could bounce ideas off them or to check if I was heading in the right direction.

Do you have any advice for people taking the UX program?

Yes! My biggest bit of advice would be that once you get access to the job prep course, do it as soon as possible. It gave me a lot of insights and so much clarity on where I wanted to focus with my portfolio. It was also great to see how, even though my background wasn’t “traditional,” it showed me that I did have relevant skills, and so I stopped freaking out. Diving into that really helped.

So the job prep course helped focus you with your projects?

Definitely—I did the UI specialization for the final piece of the course. Doing the job prep course gave me more clarity as to what I actually wanted to focus that project on. So instead of doing something more traditional, I created my own project. My mentor said this actually helped me with my job application—because I didn’t follow a traditional track with it, my project was a standout thing.

How did your mentor help you both during the course and then with the job search?

Larissa was amazing—she was like a game changer for me. We really connected for a couple of different reasons. I was able to tell her what my interests were, that I wanted to go into something around sustainability, but that I didn’t really know exactly what that might look like.

That’s what the job prep course really helped me to solidify. It encouraged me to do some research and consider whether this was an actual, viable option for me. Are there people hiring for this specific role out there? She was like a champion for me, for everything that I was saying I wanted to do. We were both on the same page in terms of where I wanted to go, which made the whole process fantastic.

Even though it wasn’t necessarily her responsibility, she went above and beyond. She’s the one who actually sent me the link to the job posting. She reached out to the recruiter and referred me. When I was writing my resume for the first time in a decade and writing the very first cover letter I’d ever written in my life, I was freaking out a bit, but I could send it to her and she gave me revisions and ideas. She was there for me literally all the way until my very last interview.

We had a great connection—I felt really seen, but also validated by her. She was like, “You can do this. Somebody’s going to want to just snap you up.” She had so much confidence in my ability.

Sounds like a great match! Tell us about your new role then.

That’s great! What advice would you give to others who are considering a UX bootcamp?

If you can dip your toe in, then do it. The intro course was so huge for me because it was a very small investment, but six weeks is the right amount. It’s enough time that you can really feel it out and see if it’s a good step for you. That was what really solidified my decision for me.

The second bit of advice would be to go and find someone who’s taken a similar path if you can. If you don’t know anybody in your world that’s done something similar, don’t worry. If there’s somebody working in tech that can help speak to what this job looks like, it’s going to be really helpful.

You don’t have to know them—even people out on the internet somewhere! If you can find people and get a better sense of what this will look like, it’ll help you realize if this is what you want to go and do or not.

Lastly, further down the line, don’t be afraid to advocate for yourself during the negotiation process. I read a survey that said that women are statistically far less likely to ask for a higher salary in a new role than men. So don’t be afraid to do that for yourself—as women, we need to ask for more, because we’re not getting it because we’re not asking.

Those are some excellent pieces of advice. Thanks for your time Lacey, and good luck in the new job!

Lacey is only one of many CareerFoundry alumni who took the career change leap and landed their dream job. If you want to follow her path yourself, start by booking a call with one of our program advisors—they can help with the next steps. If you’re looking for even more inspiration, have a look at these articles: 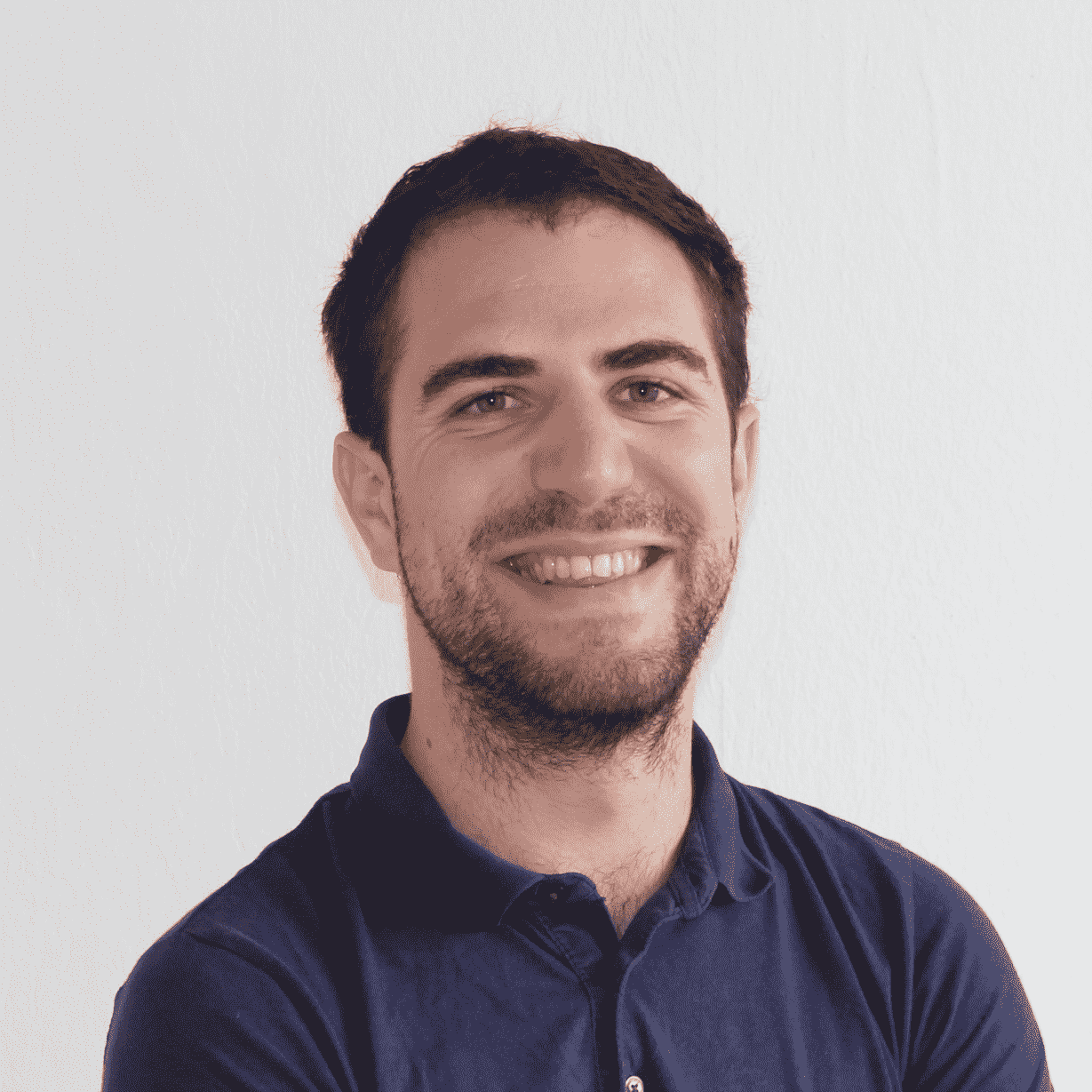 Since moving to Berlin from Ireland, Matthew has spent several years working in tech companies on a wide range of consumer issues. Naturally curious about how the digital world we live in works, it was only a matter of time before this led to him learning and writing about web development and related topics.

Upgrade your skills with a specialization course

“I’m here to help you become a UI designer”