Tutorial 4: The Skills You Need To Be A UX Designer

Tutorial 4: The Skills You Need To Be A UX Designer

“Welcome to the fourth tutorial in our UX Design Short Course. I’m Tobias, a Director of Design at a Berlin agency with over 20 years of experience in the UX and digital design space. I’m also a senior UX mentor with CareerFoundry 🤓. What does that mean? That means I guide students from beginner to professional on the full UX DesignProgram through regular calls and consultations on their design work. CareerFoundry has one of the most engaged and successful communities of mentors and students in the world. If you’re enjoying this course, I really recommend joining the full program!”

So what are we going to do today?

Seeing as you signed up for this course, you’re probably considering a career in UX design. But what skills do you need to become a UX designer? That’s exactly what we’re going to cover in today’s tutorial.

As UX design is an incredibly diverse field, UX designers themselves tend to boast a wide variety of skills—you probably already possess at least a few of them! In this lesson, we’ll take a look at all the soft and hard skills you’ll need if you have hopes of becoming a UX designer. By the end, you’ll have a good idea of how your current skillset relates to the field.

1. What are the most important soft skills for UX designers?

Soft skills are a combination of personal attributes and social and communication skills. They’re harder to measure than technical skills, but are increasingly valued in the workplace. As a UX designer, you’ll often work on cross-team and cross-functional products; this is where soft skills can make the most impact. Let’s look at some of the most important soft skills you’ll need as a UX designer.

UX designers spend a great deal of time presenting to clients and stakeholders, interviewing users, and collaborating with developers and fellow designers. So, the number one skill to have as a UX designer is communication—and it goes both ways! Whether written, verbal, or visual, UX designers need to be able to articulate their ideas clearly while also being an active and engaged listener.

Empathy is at the heart of user-centric design. Whenever decisions are being made about the direction of a product or service, it’s your role as the UX designer to advocate for the users. You need to step into the user’s shoes and view the product through their eyes. What are their pain-points? What are their goals? What do they want to achieve when using the product? Empathy will allow you and anyone else you’re working with to make better design decisions, so it should be incorporated in your design process from the very beginning. Remember Claire from tutorial two? She has written all about the importance of empathy in UX design—and how her experience as a nurse prepared her for a career in UX—over on the blog.

UX designers work with a great many documents and design deliverables—from design briefs, research findings, and interview results, to wireframes, prototypes, and design specifications. UX designers therefore need to be extremely organized; not just for their own efficiency, but for the rest of the team, too. Nearly all of their work is eventually distributed to other team members and stakeholders! As a UX designer, you’ll have a very varied workload, so you’ll need to stay organized and on top of things.

2. What are the most important hard skills for UX designers?

Hard skills are the technical and functional skills required by a job. Unlike soft skills, they’re job-specific, and they’re usually measured by performance. So what are the key hard skills that UX designers need to possess? Let’s find out.

Thorough research can be the deciding factor between a great and a terrible user experience. User research (and your analysis of this research) plays a crucial role in discovering user needs and building that all-important empathy. As a UX designer, you’ll carry out user testing, interviews, surveys, questionnaires, and focus groups, so you’ll need to refine your research and analysis skills.

3. A common misconception about the UX designer skill set

We’ve looked at some of the most important soft and hard skills of a UX designer; now it’s time to debunk a common myth. You might think that, in order to be a designer, you need a natural eye for aesthetics or to be a whiz with the sketchbook. In reality, creating a beautiful and functional app goes far beyond visual aesthetics alone.

UX is about the process of design and how you channel your users’ needs—it’s more than just a beautiful end product. In fact, the final, visual stage of the design process is often completed by a user interface designer. Do you remember in tutorial two when we looked at how UX and UI designers work together?

A UI designer is more likely to be responsible for the aesthetics of a product, while the UX designer is more concerned with how the overall experience feels. A popular analogy used to explain the relationship between UX and UI is that of a house: The UX of the house consists of the foundations, structure, and framing, while the UI components are things like the wallpaper, paint, and interior design. Dain Miller, meanwhile, compares it to the experience of riding a horse: 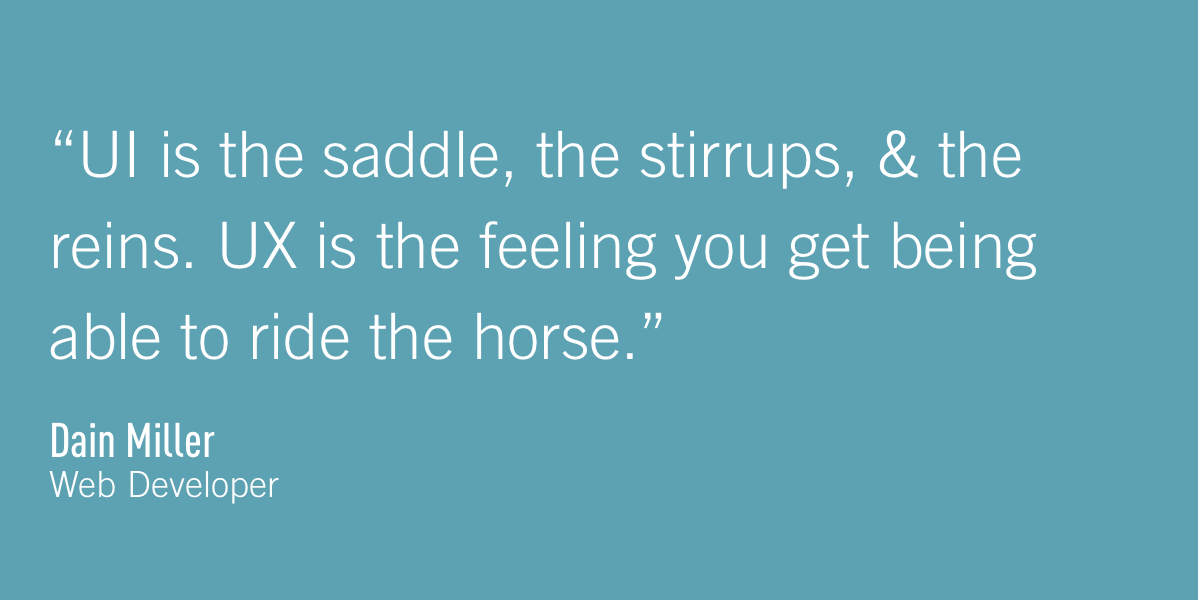 So: Despite design often being associated with art, you don’t need to be a natural-born artist to forge a successful career in UX.

4. Practical exercise: Are you ready to start thinking like a UX designer?

That brings us to the practical component of today’s tutorial! Let’s imagine you’re a newly qualified UX designer and have just started your first job in the field. Someone asks you what you do, but when you say “UX design”, they look rather confused. How would you explain to them what UX design is and what your role entails? Think about the following:

We hope you’re enjoying the course so far—only two more tutorials left! As always, be sure to test your knowledge with the quiz below. 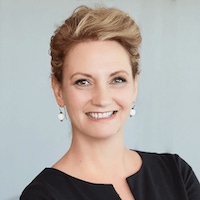 Intrigued by a career in UX design? Arrange a call with your program advisor today to find out if UX design is a good fit for you—and how you can become a UX designer from scratch with the full CareerFoundry UX Design Program.