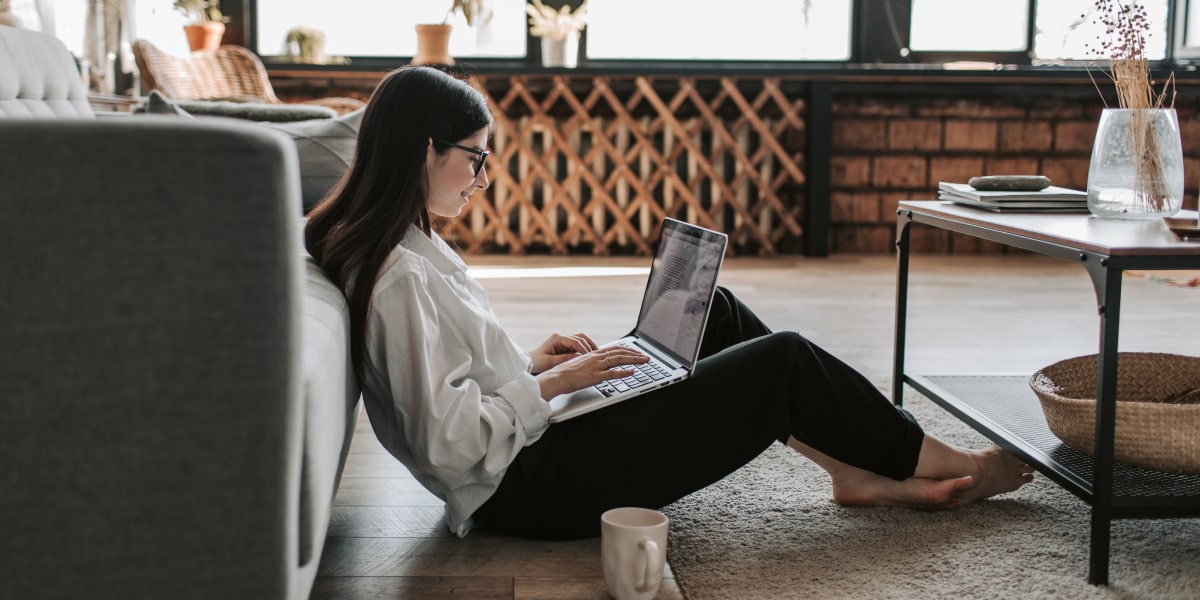 User experience design: a term that we instantly associate with apps and websites. Especially when considering the typical job description of a UX designer, you’d be forgiven for thinking that it’s a purely modern concept.

Cognitive psychologist and designer Don Norman coined the term “user experience” in the 1990s—but UX predates its name by quite some decades.

Why does all this matter? Shouldn’t we be looking to the future rather than dwelling on the past?

Actually, exploring the history of UX design is crucial to understanding this highly important field. The more we know about its origins and the factors and forces that have helped to shape it, the better equipped we are to navigate the future.

If you’re new to UX, this serves as a great introduction to the field—and if you’re a seasoned professional, it might just get you thinking differently. Here’s what we’ll look at:

If you’d like a video introduction to the history of UX design , check out this video:

4000 BC: Feng Shui and the importance of space

You’re probably wondering what an ancient Chinese philosophy could possibly have to do with UX design, but the connection is not as far-fetched as it sounds.

Dating back some 6,000 years, Feng Shui literally translates as “wind” and “water”, and refers to the spatial arrangement of objects (e.g. furniture) in relation to the flow of energy (chi). In practice, Feng Shui is all about arranging your surroundings in the most optimal, harmonious or user-friendly way— be it an office, bedroom or entire building. It concerns everything from layout and framework to materials and colors.

Just as an interior designer might arrange the furniture in a way that makes it easy for the inhabitant to navigate the room, a UX designer would apply similar principles to the task of creating a mobile app. The end goal is the same: to create an intuitive, user-friendly experience. In this respect, you could say that Feng Shui was one of the earliest nods to UX design as we know it today.

500 BC: The Ancient Greeks and ergonomics

The origins of UX can also be traced right back to Ancient Greece. There is evidence to suggest that, as early as the 5th century BC, Greek civilizations designed their tools and workplaces based on ergonomic principles.

According to the International Ergonomics Association, ergonomics—or human factors—is “the scientific discipline concerned with the understanding of interactions among humans and other elements of a system, and the profession that applies theory, principles, data and methods to design and optimize human well-being and overall system performance.”

One of the strongest indications that the Ancient Greeks were well aware of ergonomic principles is the way that Hippocrates described how a surgeon’s workplace should be set up. He refers to the lighting in the room, the surgeon’s positioning—“the surgeon may stand or be seated, in a posture comfortable for him”—and the arrangement of tools; “they must be positioned in such a way as to not obstruct the surgeon, and also be within easy reach when required.”

Fast forward a few thousand years to meet Frederick Winslow Taylor, a mechanical engineer and pioneer of Taylorism—otherwise known as Scientific Management. On a mission to make human labor more efficient, Taylor conducted extensive research into the interactions between workers and their tools.

In 1911, he wrote “The Principles of Scientific Management” in which he asserted that systematic management is the solution to inefficiency.  Although Taylorism was widely criticised for the way it reduced people to mere cogs in a machine, Taylor’s focus on optimizing the relationship between humans and their tools is certainly reminiscent of some key UX principles.

1940s: Toyota and the value of human input

Continuing on the quest for workplace efficiency, Toyota developed their famous human-centered production system. Unlike Taylorism, the Toyota Production System was based upon respect for people, and much attention was paid to creating the optimal working environment. Not only that: human input was considered crucial, and was actively encouraged. Toyota factory workers could pull a cord to stop the assembly line if they had feedback or suggestions to improve the process, for example—like usability testing in action, if you will.

This represents a key step in UX history as it really brought attention to the importance of how humans interact with machines. No matter how advanced technology is, its value is limited to its usability—and that’s exactly what UX design is all about.

1955: Henry Dreyfuss and the art of designing for people

Another key figure in the history of UX design is Henry Dreyfuss, an American industrial engineer who was renowned for designing and improving the usability of some of the most iconic consumer products—including the Hoover vacuum cleaner, the tabletop telephone and the Royal Typewriter Company’s Quiet DeLuxe model.

Dreyfuss’ design philosophy was based on common sense and scientific approaches. In 1955, he wrote Designing for People, which pretty much explains UX design in a nutshell: “When the point of contact between the product and the people becomes a point of friction, then the [designer] has failed. On the other hand, if people are made safer, more comfortable, more eager to purchase, more efficient—or just plain happier—by contact with the product, then the designer has succeeded.”

Engineers aren’t the only ones who had a part to play in the history of UX. He might not seem like the most obvious candidate, but Walt Disney is often hailed as one of the first UX designers in history.

Indeed, Disney was obsessed with creating magical, immersive, near-perfect user experiences, and the way he set about building Disney World was a true stroke of UX genius. In his article for UX Magazine, Joseph Dickerson outlines Walt Disney’s guiding principles for his team of engineers—or Imagineers, as he called them: know your audience, wear your guest’s shoes, communicate with color, shape, form and texture…

Disney envisioned a place where “the latest technology can be used to improve the lives of people” – a vision that today’s UX designers no doubt share.

The 1970s kicked off the era of personal computers, with psychologists and engineers working together to focus on the user experience. Many of the most influential developments came out of Xerox’s PARC research center, such as the graphical user interface and the mouse. In many ways, PARC set the tone for personal computing as we know it today.

And now over to Apple. In 1984, the original Macintosh was released—Apple’s first mass-market PC featuring a graphical user interface, built-in screen and mouse. Since then, Apple has been a true innovator of user experience, from the first iPod in 2001 to the iPhone in 2007. The tech giant even had a hand in coining the term UX design…

By this point, user experience design was very much happening—it just didn’t have a label yet. Cue Donald Norman!

Donald Norman, a cognitive scientist, joined the team at Apple in the early 90s as their User Experience Architect—making him the first person to have UX in his job title. He came up with the term “user experience design” as a way of encompassing all that UX is. As he explains, “I invented the term because I thought human interface and usability were too narrow: I wanted to cover all aspects of the person’s experience with a system, including industrial design, graphics, the interface, the physical interaction, and the manual.”

In 1988, Norman published The Psychology of Everyday Things (later updated to The Design of Everyday Things)—which continues to be a UX design staple to this day. This book dives into so many practical aspects of design, such as affordances, signifiers, feedback, and more

What does Don Norman think about the way the term “UX design” is used in the modern-day context? He shares his thoughts in this video.

2018 and beyond: History in the making

UX design is constantly evolving, and the fascinating journey continues. From artificial intelligence to voice technology, from virtual reality to design without interface—today’s UX designers face new challenges every day. Interaction design concepts that were once brand new are now familiar mental models for all of us, and that just illustrates the dynamic evolution of the field!

More and more, it seems, the future of UX design includes a drastic shift towards inclusive design. So, forward-thinking UX designers should learn how to design for inclusion, just as much as they seek to up-skill and specialize in fields like voice design and UX writing.

Whatever the future holds, we’re sure it’ll be just as exciting as the history that precedes it.

If you fancy having a hand in shaping the future of UX, you can read about what it takes to become a UX designer here. Alternatively, jump straight in with a free 7-day short course. And here are a few other articles you’ll find helpful: